The History of the West Wing 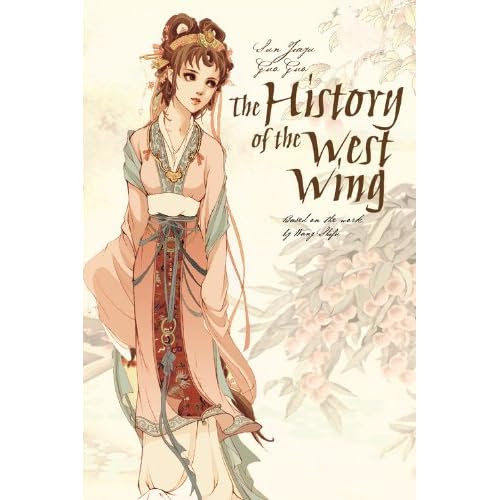 Source:  The library ordered this at my request.  They're my book bitches.

In Tang-dynasty China, some guy with long hair wanders into a Buddhist temple.  He has no job, but that's okay with him, since he'd rather do nothing anyway.  Sounds like a winner!  Pretty soon he hears about a beautiful girl who also lives at the temple.  He happens to see her and decides to contrive a meeting.  The girl, Pianpian, foolishly agrees to it and before you know it she's in lurv.  Then it turns out she's engaged to some evol secretary person, and a rogue general decides he wants her, and one begins to wonder if she and the lazy guy will ever get together.

I first heard about this book from Nymeth at Color Online.  Nymeth definitely liked it more than I did; she thought the romance worked, while I don't think it worked at all.  My biggest problem with it was that I didn't understand the motivation of the characters.  Why does Yuqing pursue Pianpian?  Is it because she's pretty, or because the other guys kind of dare him to do it?  And why does Pianpian agree to go out to meet him?  That's a pretty risky move on her part.  Is she reckless, naïve, hopelessly romantic, or just thinks Yuqing is really cute?

Basically, this story is edited down to near-incomprehensibility and I definitely can't recommend it as a gripping read.  I do, however, agree with Nymeth a hundred percent that the artwork is absolutely luscious and transports you to Tang-dynasty China.  It's so alive I could hear the characters laughing and talking as I read, and the rustle of the wind and the rushing of water.  Here are a few examples to whet your appetite: 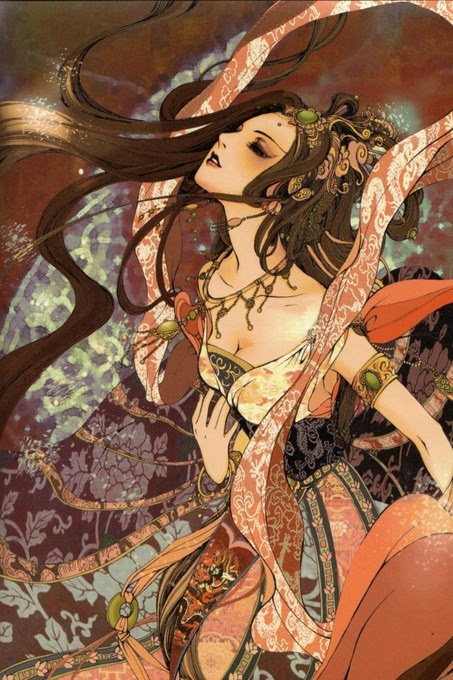 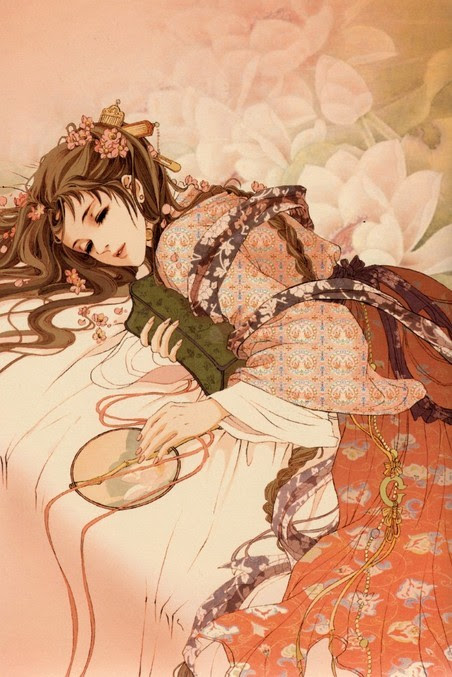 Pianpian, sleeping the sleep of the innocent.

So while I can't recommend The History of the West Wing for the story, I definitely do for the art.  And at 100-ish pages, picking your way through the narrative is completely worth it to look at Guo Guo's full-color illustrations for a few hours.

*This is an Amazon Associates link.  If you click on it, you will wind up like Pianpian, in love with a lazy man.  Sadness.