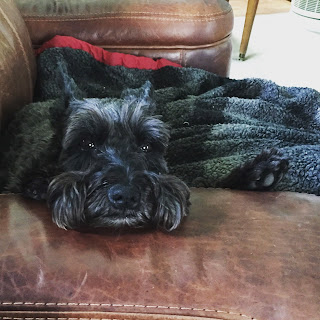 A Study In Charlotte by Brittany Cavallaro: Quite enjoyable.

Judgment of Paris by George M Taber: Guys, I think this book might be pretty sexist.

The Attention Merchants: The Epic Scramble to Get Inside Our Heads by Tim Wu: Has the potential to be really interesting.

Do you really need a summary for this one? The aliens come back. Against all odds, the human species triumphs. If you were wondering why most of the major stars from the original Independence Day (coughwillsmithcough) aren't in this one, the script should put your questions to rest. All the "inspiring speeches" fall flat and the plot is an exercise in silliness.

My absolute favorite line: "They're drilling to our molten core!!!"

I heard about this movie while scanning the Goodreads reviews for Judgment of Paris; they're basically about the same thing, though one isn't based on the other. Alan Rickman gets all the lines, which is as it should be; but do you know what my faaaaaaavorite thing about this movie was? How the one female character's single purpose is to sleep with the guys as a reward for making good wine. And I thought Judgment of Paris was sexist! At least that book didn't replace an actual woman (Spurrier's RL business partner, Patricia Gallagher) with a made-up male character, because hey, we already have two females who talk in this film, let's not confuse people. Great job as usual, Hollywood.

If you've missed any of the excerpts I've been linking to on Twitter and Facebook, you can see them all here.

I'm also planning to publish a paperback version, but I have some work to do reformatting for print before I get there.


Have an excellent week, everyone!

But first, the Sunday Snapshot.

Marrying Winterborne by Lisa Kleypas: I have never DNF'd a Kleypas book in my life, but I almost did this one. It is moving SO. FREAKING. SLOWLY. Is it the goal of romance publishers to make readers feel like they're watching paint dry? Because it certainly feels like that sometimes.

Judgment of Paris by George M Taber: I actually wanted to read Shadows in the Vineyard, but my library didn't have that in ebook, so I decided to try this one while waiting for Shadows to come in on hold.

Go to Book Riot to check out four recent reviews of books about art crime! There's also my list of recommended rosé wines perfect for summer.

Somm: Into the Bottle, directed by Jason Wise

The sequel to Somm, which focuses more on the wines somms love than the sommeliers themselves. I'll admit I got a little bored during the last half hour, but I learned a lot from this documentary anyway. The best part of the whole film is seeing super-rare and expensive bottles opened and tasted, like a 1969 Dom Ruinart (only 18 left in the world) or a 1966 Mondavi, the first wine Mondavi produced. Since this is probably the closest I'll ever get to tasting such wines, I enjoyed it.

The Birth of Saké, directed by Erik Shirai

This film is in Japanese with English subtitles, and I know what you're thinking: I don't want to read a movie. Well, I don't blame you, but there are two reasons you should watch this film anyway. One, the cinematography is absolutely gorgeous. Who knew rice could look so beautiful. And two, there are a whole bunch of man feels going on in this movie. Also, I bet you dollars to donuts after you watch this you'll appreciate your next drink of saké 1000x more, because that is a shit ton of work, people! 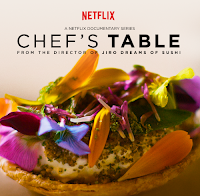 Season the second of Chef's Table is now available on Netflix, and it's much better than the first season. For one, there's a lot more diversity. Even though many of the chefs trained in the US, they cook different styles of cuisine in different parts of the world, and one is entirely self-taught. There are even two female chefs! We are getting dangerously close to equality here, people. And for two, none of the chefs came across as narcissitic arseholes, which was helpful.

Watched this one because my mom was like, "Why does everything we watch have to be about food?" Nina Simone is a name familiar to anyone with even a passing interest in jazz, not to mention the Civil Rights Movement of the '60s. But despite her talent and prestige, Simone abruptly disappeared from the public eye only to reemerge close to the end of her life living as practically a beggar in Paris. So what happened? You can probably take a wild guess and land on the answer, but that doesn't mean the film isn't worth watching for its portrayal, which is the perfect balance of sympathetic and unflinchingly honest.

Another busy few weeks down the drain. This week I was under deadline to get the final version of my upcoming book, The Introvert's Guide to Drinking Alone, uploaded on Amazon (if you don't do it by the deadline they revoke your publishing privileges for a year), so I was occupied mostly with that. Remind me when I write another book to do it in an HTML editor, because formatting something for an ebook after writing it in a typical word processing program is a N I G H T M A R E. But! I got it done, so whew.

The week before last, I went up to the Denver Art Museum for the press preview of Women of Abstract Expressionism. This the first ever (!) art exhibit to focus exclusively on female abstract expressionists. It's really cool. Here are a few photo highlights: 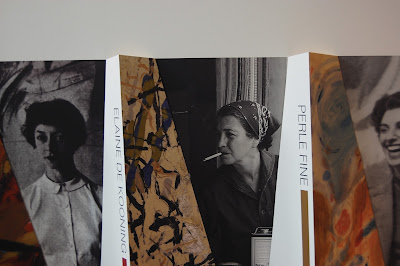 This is pretty dang cool: a painting of a prehistoric octopus made from squid ink discovered in a 95-million-years-old fossil!

Have an excellent week, everyone!

Sunday Snapshot is Going Outside! 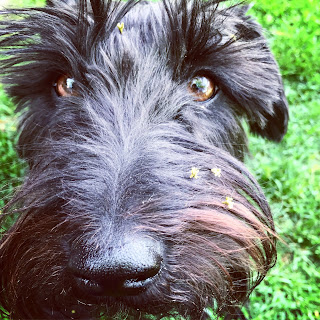 The Raven King by Maggie Stiefvater: That bromance is way more serious than I thought.
The Passion of the Purple Plumeria by Lauren Willig: The fact that this is such a long-running series quite frankly confuses me at this point, but I'm enjoying it.

This is a "thriller with a message," and for the most part I liked it. But honestly the message is so muddled, and the way the script plays out is so unrealistic, that by the end it's kind of a dud. Also, George Clooney is way too inherently charming to play a sleazy Jim Cramer type. Was Paul Giamatti super busy making Centurylink commercials or what? On the plus side, I will say that Julia Roberts does a FANTASTIC job.

For Grace, directed by Mark Helenowski and Kevin Pang

When I read Candace's review of this movie at Beth Fish Reads, she warned me I would cry. But I was like, "Pshaw, I'm an emotional rock. I'm not going to cry over some schmancy fancy chef's restaurant."

Yeah, you're gonna cry. And if you are or have been a teacher, you will UGLY cry. I'm talking snot running down your down your nose, hiccupping, puffy eyes, the whole bit.

I guess what I'm saying here is don't watch this while you're commuting on the train. But do watch it.

Hope you all had a great Memorial Day weekend! (If you live in the US. If not, I hope you had a good regular weekend.) Mine was pretty nice. The power kept going out, which meant I absolutely could not work on anything and had to spend a bunch of time outside. Woohoo!

I love this time of year. I love going outside and feeling like I'm walking into a furnace. I know, I'm weird.

Anyway, the one big project I've been working on the past two weeks that I want to share with y'all is my cocktail book, The Introvert's Guide to Drinking Alone, is now available for preorder on Amazon. w00t w00t! The scheduled release date is June 27th. Take a peek at it if you wanna. 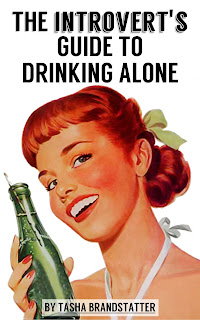 Have an excellent week, everyone!