Sunday Snapshot for the Start of Summer

Hello, friends! It's almost officially summer, which means we made through one whole pandemic winter. It feels like things are starting to get back to normal, whatever that means. In fact, this past week I went on my first trip in over a year to Savannah, Georgia. But more about that later.
Currently reading:
Midnight in the Garden of Good and Evil by John Berendt: Naturally I had to reread the book that inspired my trip to Savannah in the first place! I first read this when I was quite young, and it's interesting the things you remember from books when you read them at a certain age. For example, I remembered Joe Odom's advice to, "Always stick around for one more drink. That’s when things happen. That’s when you find out what you need to know," like I had read it yesterday.
I'm not saying I have followed this advice religiously, but I'm also not NOT saying I did.
Drops of God, vol. 6, by Tadashi Agi: Comixology released more volumes of this manga series I love on Prime. Perfect airplane reading (truly).
Savannah: A compact little guidebook to Savannah I picked up in a bookstore there. It's pretty good.
Movies Recently Watched:

Operation Varsity Blues, directed by Chris Smith
This documentary about the 2019 college admissions scandal where a bunch of rich people paid a guy named Rick Singer (who is STILL walking around free, btw) to get their kids into college is definitely relevant to my interests. If you don't have a vested interest in college admissions, though, it's probably skippable.

This is a Robbery: The World's Greatest Art Heist, directed by Colin Barnicle
Another documentary relevant to my interests. I found it pretty fascinating, but I didn't know all the ins and outs of the robbery and the connections to organized crime.
Conclusion: these paintings will never be found! Or if they are, it will be a total accident and not the result of the FBI investigation at all.
Shout out to A. Ryan McGuigan for seeming like a decent guy despite the fact that 1. he's a lawyer, and 2. he represents low-level criminals.

The Invitation, starring Logan Marshall-Green and Tammy Blanchard
I had high hopes for this one, but it was just okay. There was zero character development and the narrative tension fizzled out pretty early. Instead of wrapping things up, the "twist" at the end just highlighted the weaknesses in the script. The Cabin is a similar story that's way more effective, in my opinion.

The Woman in the Window, starring Amy Adams
Another movie I felt like had a lot of potential but fell short. There was a ton going on in the script, but it never came together to effectively create a feeling of paranoia or suspense. The ending was a downer. But Amy Adams did crush it, as usual.
These weeks in heidenkindom:
I got my second vaccine early this month, and almost immediately started planning a trip to Savannah ("Savannah, Georgia?" Yes, Savannah, Georgia). That was the next place I was planning to visit after Bisbee in 2020. Obviously that didn't happen. Until now! Ticket prices were decent and it all seemed to fall into place. Here are some more pics:
River Street
Where the action is! 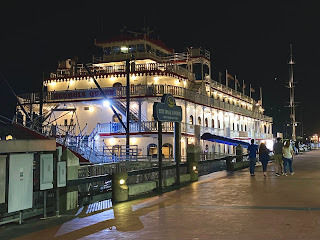 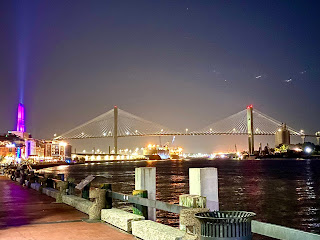 Squares
Savannah's famous for its 22 squares, four of which date to the city's founding as an English colony. 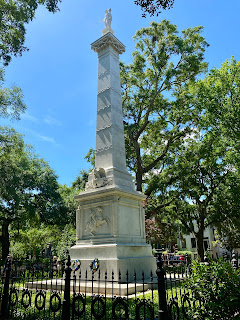 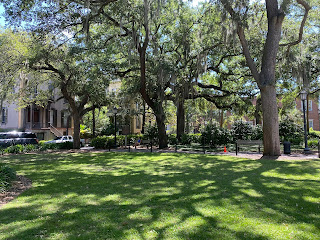 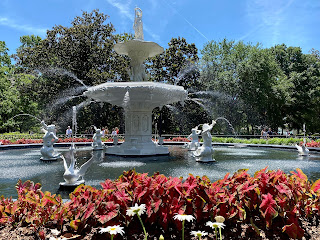 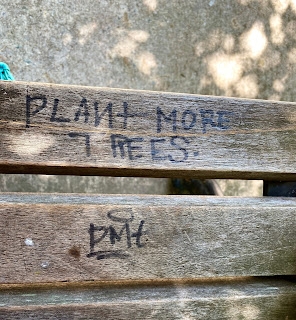 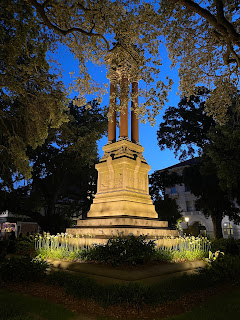 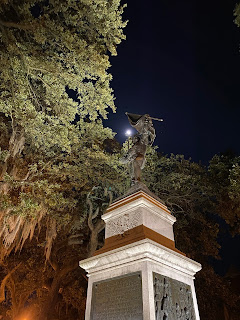 Bonaventure Cemetery
A cemetery famous for its 19th-century statuary. John Muir once camped there for several days. 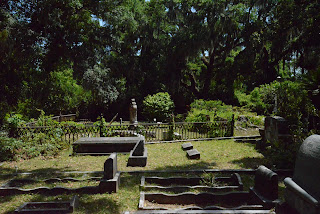 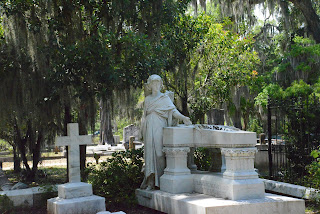 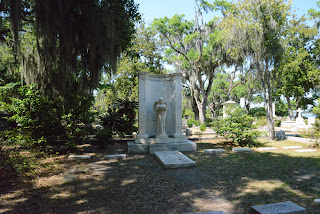 The Cathedral Basilica of St. John the Baptist 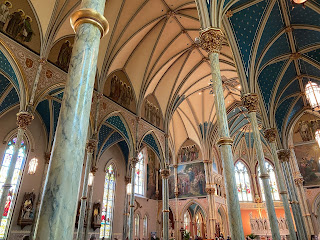 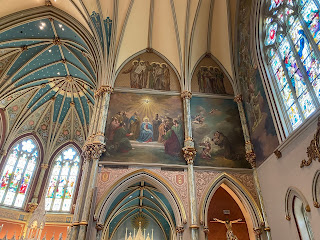 As you can tell, Savannah is a beautiful city full of history, art, wonderful food, and ghosts! Supposedly. I didn't see any.
This was a really wonderful and far overdue trip. And as a bonus, I was upgraded to first class on the flight home!
Do you have any plans for the summer? Any places you're planning to travel because you read about them in a book?
Discus this post with me on Twitter, FaceBook, Google+ or in the comments below.
at 4:31 PM