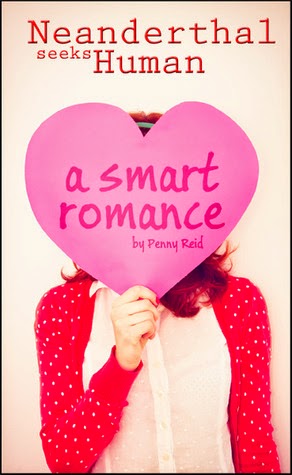 Hi there one and all! I'm at Book Riot today reviewing four books for Buy, Borrow, Bypass:

All of these books deserve longer, more thoughtful reviews, which I hopefully will be able to write soon. But since I recently took on another job (for those of you keeping track at home, that's three jobs), time is a bit at a premium nowadays, so I can make no promises.

If you've read any of these books, let me know what you thought here or over at Book Riot!

Bonjour and happy Bastille Day! I hope you're all using the day we celebrate French Independence to the purpose for which it was created: an excuse to drink champagne!

In the meantime, me and my blogging buddy, Kelly from Reading with Analysis, thought Bastille Day would be the perfect day to talk about two paired novels from our favorite writer of Parisian romance, Laura Florand. I've made no secret of the fact that I adore Florand's novels--she specializes in delicious, emotional, and escapist novels featuring French dessert chefs in the City of Light. The Chocolate Heart and The Chocolate Temptation both center around the three Michelin-starred pastry kitchen of Luc Leroi (aka Luc the King) and Patrick Chevalier (a knight in shining armor?). Should you read these books? Um, yes. For more details on why, read our discussion on The Chocolate Heart here, and The Chocolate Temptation over at Kelly's blog.

Now, on to the discussion!

Book blurb, in case you're curious:

No one hates Paris--except Summer Corey. The moody winters. The artists and their ennui. The inescapable shadow of the Tour Eiffel. But things go from bad to worse when Summer stumbles into brooding, gorgeous chef pâtissier Luc Leroi and indecently propositions the hero of French cuisine...
Luc has scrambled up from a childhood panhandling in the Paris Métro to become the king of his city, and he has no patience for this spoiled princess, even if she does now own his restaurant. Who cares if she smiles with all the warmth of July? She doesn't eat dessert!
There is only one way to tempt her. A perfect, impossibly sweet seduction...


Tasha: Unlike the last few Laura Florand novels (The Chocolate Touch, The Chocolate Rose), this one isn’t based on the Beauty & the Beast fairy tale, but on the myth of Persephone and Hades, one of my favorites. In the original myth Persephone is chillaxing in a meadow with her girlfriends, when she’s suddenly kidnapped by Hades and taken into the Underworld. After months and months, Hades convinces/tricks her into eating a pomegranate, so that even after she escapes, she has to return to the Underworld for half the year. I thought the way Florand adapted the myth into a modern story set in Paris was really clever and seamless. What did you think?

Kelly: I had a difficult time settling into the story at first -- until I finally caught on to the Persephone thing and was able to appreciate the Florand’s take on the myth. The biggest change -- I thought -- (other than Luc/Hades not being a kidnapping villain) was that Summer isn’t really a tragic character. I mean, Persephone is totally tragic, right? She’s chilling with her ladies, and all of a sudden this crazy dude whisks her away to his underground kingdom, and she can’t eat anything… until finally she does, because hunger, you know? And then it’s her fault that she’s got to split her time between her home and Hades’, because -- what -- she should have been able to starve herself forever?

Tasha: OR she decided to let Hades *think* he tricked her into eating the pomegranate, when really she was like, “Hey, this is a great opportunity to move out of the house.”

Kelly: True, but even that doesn’t really give Persephone any agency. I mean, she could have been kidnapped by any Tom, Dick or Bacchus and just decided to make the best of it, but it still wasn’t her choice. Summer, on the other hand, while manipulated by her father into sojourning in Paris, makes choices and sets her own course. That was the change that I appreciated the most. She isn’t a victim of fate’s whim, like Persephone.

Tasha: No, but in the end she does give up her island and her job to live in the south of France with Luc. And that’s all his idea. And she was willing to move to Paris permanently just for him, too.

Kelly: True. I wish the move to the south of France had been her idea: a compromise.

Tasha: I agree. That’s actually what I was expecting to happen, since I read The Chocolate Temptation first.

Kelly: I still feel a bit ambivalent about The Chocolate Heart. I liked it, loved Luc’s gushy, mooshy hearts and loved all of Summer’s issues, and I particularly loved Patrick (because he’s awesome), but I had a slightly difficult time recommending it to other readers, because I knew certain things about it would needle them.  Summer’s a difficult character, and there are a lot of readers out there who have a hard time with difficult lady characters, specifically (but -- for some reason -- difficult dude characters are A-OK. I don’t get it.) Other folk might have a hard time with the poor rich girl thing.  And, while I liked so many things about the book (and while neither of those pet peeves bother me), I’m not convinced that the other parts of the book would end up satisfying every reader. Does that make sense?

Tasha: It does. I don’t think Summer was a difficult character at all—I think Florand did a good job of addressing the “poor little rich girl” thing while still making Summer sympathetic and making her issues valid. But there was a lot of rinse-wash-repeat when it came to the miscommunication between Luc and Summer, and I wasn’t down with the ending. It wasn’t as emotionally satisfying as I wanted it to be. For example, I would have really appreciated SEEING Luc meet his dad and come to terms with that.

Kelly: YES, to all of this.  (And a clarification: I don’t think Summer is actually a difficult character or a poor little rich girl, but I suspect that people who have those pet peeves have a lower tolerance for anything that hints at either of those traits, so they might perceive and be irritated by those traits, without a truly great romance/ending/story to make up for it.)  And maybe some of my irritation with the miscommunication is just a sign of my own reading issues and low tolerance for anything that hints at poor communication as a plot device.  (Except Shakespearean cross-purposes and mistaken identities are the best things ever.)

Tasha: No, I agree that the misunderstanding plot device didn’t quite work, mainly because it went on way too long. At some point it just became frustrating because Luc persisted in being a dick when he should really know better. It wasn’t as successful as the misunderstanding in The Chocolate Touch between Dom and Jaime (which was based more on cultural misunderstandings and always moved the characters forward).

Kelly: And, in The Chocolate Touch it never felt petty. But Luc and Summer frequently seemed petty, because the resolution to their difficulties is so obvious, and it’s obnoxious that they don’t get it.

Tasha: Yeah, just kiss already! Sheesh. That said, the dinner scene (though a bit contrived—I don’t know any chefs who personally feed the owners of their restaurant romantic dinners) was really romantic. I loved the creativity of the desserts. And, despite the problems I had with it, I still stayed up until 5 am for three nights in a row reading it, so.

Kelly: My favorite scene is the one where Summer cooks for Luc.

Tasha: I loved that one too!

Kelly: When I compare The Chocolate Heart to my idea of the average contemporary romance novel, I consider it a very good read, a good use of my time, a happy purchase. But when I compare it to other Laura Florand books (which is maybe not fair?) it just isn’t one of my favorites.  The Chocolate Thief, the other Florand book that -- to me -- has some issues, is a little bit more fun, and The Chocolate Kiss, which I tend to forget I’ve read, has some woo-woo stuff that I absolutely adore.  Heart, though it has a whole pile of scenes that I enjoyed, doesn’t really have anything that made my heart sing.

Tasha: It did make my heart sing and I’m totally glad I bought it, even at $10 for the ebook (outrageous), but I agree. It’s maybe not the best book to start out with the series.

Kelly: Unless you love heroines with family issues, heroes who communicate their mushy feelings through chocolate and also have family issues, and shit tons of miscommunication and angst. And you might!

Tasha: And if you love the Madeline books…


Kelly: Exactly. But, even if you don’t fall into any of those categories (I don’t), you’ll still really enjoy the book and be glad you purchased it, so that’s something.


Be sure to read the rest of our discussion at Reading with Analysis. And remember to buy that bottle of champagne!