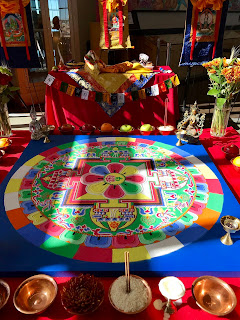 The Silkworm by Robert Galbraith: Giving this one another try. I'm getting farther than I did last time, but things that annoyed me about the first book still annoy me.

The Woman in White by Wilkie Collins: Can you believe I've never read this book before?? Listening to it on audiobook while watching the miniseries on PBS. Obviously I haven't finished either, but so far I think the miniseries is doing a good job of modernizing the book while staying true to the spirit of the story.

I am so glad I didn't see this in theaters. What a waste of time and potential. I actually think the script is okay, but where this movie really starts to fall apart is in the editing and art direction. Visually it's a flat, dark mess and the pacing feels like one long scream down a slip-and-slide. I fell asleep watching it and I honestly dgaf.

And at the complete opposite end of the spectrum... In 1969 (according to Wikipedia; I thought from the movie it was 1974, but apparently I was wrong), a remarkably destructive group of guests arrive at the El Royale, a formerly swank hotel straddling the border between California and Nevada. Is this hotel as creepy as it appears to be? Yes. Yes it is.

Everyone should see this movie! It's worth it just to hear Erivo's singing, but everything else is spot-on as well: the performances, art direction, soundtrack, script, cinematography. I loved the creepy-cool vibe of the film and how it turned 1960s pop music into something ominous and sinister. Just imagine if Tarantino made a film like LA Confidential, but which takes place in one night in a claustrophobic hotel, and you have a good idea of this film's vibe.

October was a busy, y'all! There were a ton of events going on and meetings.

One of the cooler events I attended with my mom was a mandala ceremony at the local library with a group of Tibetan monks. We saw both the opening ceremony and the closing ceremony where they destroy the finished mandala and pour it into the river. I wanted to see it just from an art and cultural perspective (how many times does someone in Colorado get to see something like that?), but it was unexpectedly moving as well. So happy I took the time to see it! 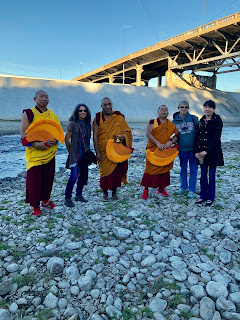 We also went to a Craig Johnson author talk and signing at the library. If you ever get the chance to see him in person, do it! He's an amazing public speaker who tells really good stories about the inspiration for his books and the people who work on the TV show.

In other news, I somehow managed to survive another Halloween. I'm just happy I don't work anywhere that requires employees to dress in costumes because that would be a HARD NO. 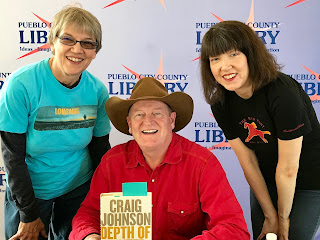 Hope you all had a good October and here's to a good week!