Sunday Snapshot is Excited for Summer! 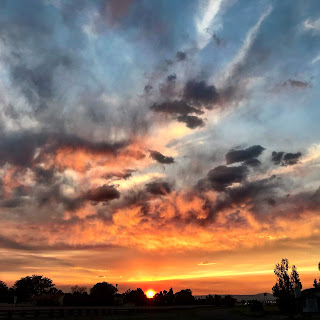 The Henchmen of Zenda by KJ Charles: This book is insanely boring. Such a disappointment.

The Alice Network by Kate Quinn: Gets progressively more depressing as the book goes on.

Take a virtual tour of the book towns of France with me! Plus some literary wines to whet your palate. 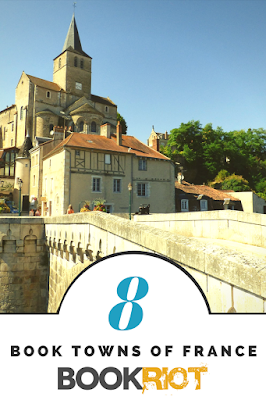 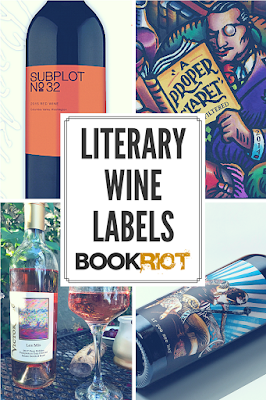 Calling this stand up special a "comedy" seems like a misnomer, considering I spent most it crying and am getting choked up [read: barely holding it together] right now just thinking about it, but it is really good. It's actually kinda fascinating, because it's a comedy routine that critiques the comedy industry and how we even tell jokes to begin with. Pretty powerful stuff. Plus there are a ton of art history jokes and y'all know that's my jam.

When this movie started I thought I was going to be in for another iteration of Zero Dark Thirty, of which I am NOT a fan. However, it turned out to be pretty good! Sure, it's the type of movie where no one is innocent, not even the little girl they kidnap; and the whole thing with her needing to cross back into the US to be "safe" didn't make a whole lot of sense (where are her parents in all this?). But for what it is, it's a quality film with a ton of great actors. And Benicio del Toro is very handsome, even after he gets shot in the face.

The best romantic comedy I've seen in years. Seriously. So much fun, and pitch perfect from start to finish. It reminded me of The Hating Game, which was one of my favorite books in 2016 and which needs to be made into a movie of its own asap.

Feels like a movie for 8 yos. Yes, all the Jurassic Park movies are kid-friendly, but in this one, everything is dumbed down. Even the dinosaurs go from Fearsome Prehistoric Creatures to scavengers sorting through suburban trashcans like raccoons. I might wait for the third movie in this trilogy to come out on DVD.

Get Out, starring Daniel Kaluuya and Allison Williams

I was super duper looking forward to watching this movie, and I was not disappointed! It's scary, but it's more of a psychological horror with pervasive creepiness a good amount of social satire thrown in the mix. A smart, old skool scary movie with a modern twist. I think Hitchcock would approve.

Pretty decent by Hallmark movie standards. I liked how there were two romances in the movie and that the adult romance was balanced by a teen movie vibe. The ending was incredibly dumb.

Well, I disappeared for a little bit again there. With one thing and another I didn't find a time to sit down and post anything in June. Whomp whomp. But I'm back now!

What have I been up to the past few weeks, besides working and writing? I've developed a new obsession: budgeting.

Apparently every June I start thinking about my finances (WalletHub was kind enough to remind me that I downloaded their app last June). But this year I've moved beyond just monitoring my credit score and accounts to actual budgeting.

It all started when I took a Travel Miles 101 course and decided to start using my cards more for points and cash back. But it's difficult for me to keep track of my spending with credit cards, which is why I stopped using them in the first place.

As I was pondering this conundrum (j/k, I was merrily using my cards to buy octopus shoes from ModCloth), I came across a book on Goodreads titled You Need a Budget. I do need a budget, I thought to myself. Unbeknownst to me at the time YNAB is a HUGE thing on the internet. It's not just a budgeting system, it's like a whole community/movement/the word cult's been thrown around a few times. The app costs $84 (outrageous) but I could get the book for free from the library, so I did. And I immediately fell for the concept.

YNAB is basically the perfect budgeting system for me because my income is so variable. With standard budgets they want to know what you're going to make in a month and most of the time I have no idea. But YNAB focuses only on the money you physically have today. You give every dollar a job, embrace your true expenses, and then you can start building a buffer so you're not living paycheck to paycheck. Plus you're tracking credit card transactions as they happen and treating them the same as you would a debit card transaction, so there's no "float" where you're spending money you don't have today and planning to pay off next month.

The book is just an introduction to the system. There are a ton of how-to videos online, free classes through the website, and subreddits where people discuss budgeting. Not that I've joined the subreddits. Yet.

To be honest, now that I've started using YNAB, I'm way more stressed out about money than I was previously. But then I probably should have been more aware of the state of my finances all along, instead of waiting until an unexpected expense popped up to make me start freaking out and trying to get my unpaid invoices settled.

I've also been thinking about opening an online money market account to take advantage of a higher interest rate, but I think I'll wait on that for a bit and see if I can save any more money using the YNAB system.

If you've been searching for a budgeting system or app, I recommend YNAB. There's a bit of a learning curve, but the book gives you a good introduction and for more details you can always watch some videos on YouTube.


Do you have a favorite budgeting app or system? Is this topic way too boring? Also, have you seen Nanette, because I want to discuss! Hope you all have a good week.