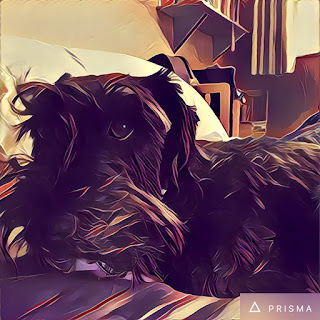 The Queen of the Tearling by Erika Johansen: A random library pick because I couldn't force myself to listen to another nonfic book on audio. Not bad so far.

Oishinbo a la Carte by Tetsu Kariya: When I finished The Drops of God I was sad, but this was recommended on both Amazon and Goodreads as another foodie manga to try.

Hello, Wine by Melanie Wagner: Another book spotted while browsing at the library.

Last week my list of 10 must-read vampire romance mangas went up on Book Riot, and you can also check out my book and drink pairings over at Book Bloggers International.

Supermensch: The Legend of Shep Gordon, directed by Beth Aala (NOT Mike Myers as Wikipedia claims)

In the 1960s, through pure luck and a stash of weed he was willing to share, Shep Gordon befriended Janis Joplin and Jimi Hendrix. Hendrix immediately got Shep his first job as the manager for Alice Cooper. For the next 40-ish years, Shep Gordon lived a charmed life as the manager to the stars, one of those people who knew everyone in showbiz, but whom the average person had never heard of. Docs like this tend to devolve into an interminable string of name-dropping, but Supermensch doesn't do that at all. Its biggest strength is Gordon himself: I LOVED listening to his stories. He can spin a yarn like nobody's business, and they're all fun and self-deprecating anecdotes about famous people you wish you knew. There are worse ways to spend 80 minutes.

The Infiltrator, starring Bryan Cranston and other people I'm too lazy to look up at the moment.

Meh. I mean, it was okay, but there were times when the dialog felt like it was missing a whole bunch of context, and a lot of stuff got lost in the shuffle because the script was overly complex. Also, the movie tries to pack an emotional and thematic punch with the "betrayal" of some handsome drug dealer guy whose name I can't even remember, but it never seemed like the Customs agent and he were really close friends, so that was a bit of fail. I did like the big wedding at the end as a plot device, however.

Probably the Trek-iest of the new Star Trek movies so far. It does feel like an extended episode of the original series, but in a good way. There's a theme of mourning–appropriate considering the recent loss of two of the cast members–and self-identity, but also mainly just like, explosions and silly-looking aliens and scifi stuff. I wasn't as, "WOWOWOW, now that's entertainment!" about it as I was with the previous two (it felt like it had baaaaaarely enough energy to keep itself going), but really there's no reason NOT to see this film. A perfect summer popcorn movie, methinks.

Kind of an anti-romantic romantic comedy. Jesse is a college admissions counselor struggling with the existential horrors of adulthood when he's invited back to his old college stomping grounds for the weekend and meets Zibby, a sophomore theater major. Even though the central story in this movie is the romance between Jesse and Zibby, the film's really about aging and confronting the nostalgia that so many people harbor for their college days. The story took a turn near the end that felt like it had been shoved down the filmmakers' throats by an overly-prudish focus group picked out of a PTA meeting, and as a result the conclusion felt tip-toey. But the movie still got its point across. I'd definitely recommend this one!

In the immediate future, the planet is overtaken by "The Others" (so called because "aliens" was too unimaginative?). After killing off humans with plagues of electromagnetic waves, bird flu, and earthquakes and tsunamis, the Others have taken over human bodies. What will the 5th plague wave bring??? This movie was grittier than I expected, but still pretty silly in that it was fairly clichéd and predictable. The ending was irritating and tbh I wanted a hella lot more angst over the whole Alien Love thing.

Things have been pretty quiet on the blog lately, as I've been working and playing hard. Some of the highlights:

I've been doing the subscription box thing again lately, although I've been lazy about taking photos so I haven't been posting about them here much. Most of the boxes have been wine subscriptions, but a few are for other things.

Geek Fuel: I was lured into subscribing to this one when I saw an ad for a "Sherlock-themed box" on Facebook. The box promised $50 worth of stuff, plus a limited-edition T-shirt for $23.90. What I really wanted was a Sherlock t-shirt, obviously. What I got was a Pokémon tee and bunch of other random stuff, like an insanely ugly flower pot. NOTHING in the box had anything to do with Sherlock except for a single-volume graphic novel based on the show. LAME. I threw everything out. Do not recommend.

Mightynest: Honestly, I just wanted the Bee's Wrap. The price was awesome ($3), and unsubscribing was easy.

Club W*: I wasn't expecting a lot from this wine club, but the price was too good to pass up, and y'all know how much I loves taking quizzes. Actually, this box is a pretty good deal, and my favorite of the wine clubs so far. I love the wine tasting videos they include and the app makes rating wines quick and easy. Recommended! *If you click on the link you'll get a free bottle on your first order. 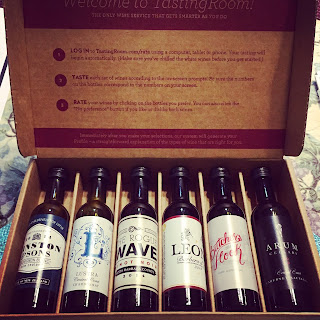 Tasting Room*: I thought the wine tasting bit would be a pain the ass (I'm not sure why), but it was actually really fun! They shipped the wine really fast and the subscription is easy to change or cancel. This one is much pricier than Club W but I only ordered 2 bottles instead of a case. *If you click on the link you'll get the wine tasting box for free, which is actually a pretty good deal. 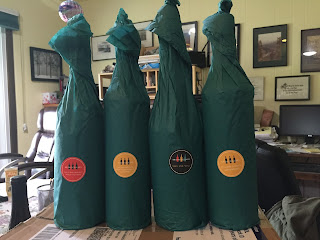 Bright Cellars*: I was lured into trying this one by the word "algorithm." I cannot resist a wine-math combo! The quiz was a little confusing–at once too many and too few options, if you know what I mean–but I do have to give them an A+ in presentation. Their wines arrived prettily wrapped, like presents. Haven't tried the wine yet but I'm looking forward to it. *This is a referral link but I'm not sure if you get anything out of it if you use it. However, if you leave the site without buying and wait a few days, they'll start offering you discounts on your first order via email. 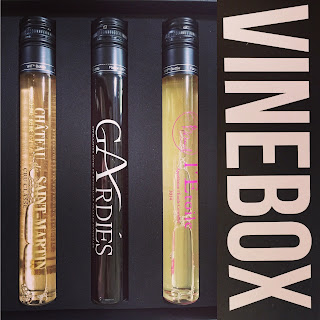 Vinebox: Probably the only wine subscription I'm going to give a hard no to. They advertize it as "wine by the glass," but the serving sizes are "10 cl." Don't know how much that is? Neither did I. Turns out it's less than 3.5 ounces. Who considers that a decent serving of wine, teetotaling mice?? Also, it's pricey at $35 a month. For that much, the wines better be super wow; instead they were meh. I'm giving this one a cancel.

So I know everyone's into Pokémon Go ATM, but I have a different app that I'm totally obsessed with called Prisma. It takes your ordinary photos and turns them into art! Check out some of these beauties:

Hope you all have a great week! 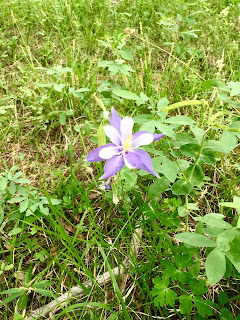 The Drops of God, Vol. 2 by Tadashi Agi: Wine talk aside, this manga is really good.

Judgment of Paris by George Taber: One wonders if a blind France vs CA wine tasting with US judges would produce the same results.

This movie is pretty silly. For one, I expected a lot more fishing in general and salmon fishing in the Yemen specifically than I got from a movie titled Salmon Fishing in the Yemen. Second of all, this plan to bring salmon to the Yemen doesn't really make sense. If the sheikh is filthy rich and can fly to his awesome estate in Scotland to fish whenever he wants, why go through all the trouble and bother of bringing salmon to an environment that seems anathema to them? Somewhat related: introduction of non-native species! That always turns out well! And, as my dad pointed out, to have salmon swim upstream they'd have to be born in the stream, grow up, swim downstream, then follow their biological imperative to swim back upstream to the place where they were born to spawn. You can't just dump adult salmon into a random river and then watch as they magically swim upstream for no reason.

But with that said, it was an enjoyable movie, and it was nice to watch something where the Middle Eastern characters weren't all evil villains/terrorists. 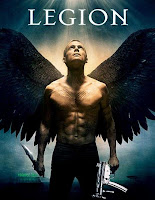 Haaaaaaaaaa. Okay. This movie was actually a lot better than I was expecting based on the 19% rating it has on Rotten Tomatoes. It was still pretty bad, though. I can just imagine the pitch meeting for it: "Picture Terminator with angels instead of cyborgs! The real twist? The angels are the bad guys." EYE ROLL.

Five stars to Paul Bettany, though, for looking hot AF.

There's been a lot going on, as you can imagine what with the Fourth of July holiday. We went up to visit my aunt for the Fourth, then this weekend I went with my mom to a wine festival. Unfortunately it was 103 degrees outside, all the wines tasted awful, and I felt woozy after about three sips. But I did find a cute t-shirt.

Also, I'm finishing up the final touches on the paperback copy of The Introvert's Guide to Drinking Alone. Soon you'll be able to spill cocktails on a physical book and not just on your ereader!

Enjoy the week, everybody!