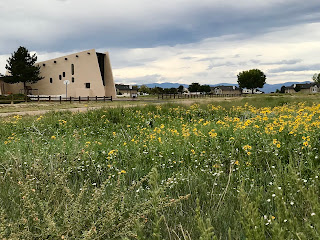 Doctor Strange Beard by Penny Reid: I'll be honest, I don't really get the Winston Brothers. They all have weird names and beards and there seems to be an endless supply of them. Every time I turn around a new one pops up. Also, their father is supposed to be a jerk who was never around but he somehow fathered 12 or 14 kids with their mom???

Cork Dork by Bianca Bosker: I'm enjoying the heck out of this one. All the fun of being a NYC somm with none of the bitchiness and terror!

I think this is one of those movies where if you haven't read the book you love it, and if you have you're disappointed. I have read–and loved–the book, so. IT'S NOT BAD, it's just not the book, and yeah I know that's unfair, but ¯\_(ツ)_/¯

It's predictable, but I enjoyed it. Still a little upset the meg died at the end though. #dontkillthecreature

It's as bad as you expect. Which is a pretty boring review. So instead of that, here's a fascinating factoid: Mark Wahlberg's character in this movie is based on Steve Bannon! For real! And yes, he's a terrible person.

To All the Boys I've Loved Before, starring Lana Condor

I wasn't sure about the premise of this movie, but it's sooooo cute and sweet. Very Sixteen Candles-y. Would definitely watch again. 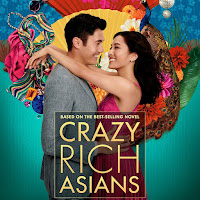 About half an hour too long and I was expecting way more crazy rich stuff, but it was a fun Cinderella story with a strong finish. I really enjoyed all the hot shirtless guys. Thumbs up on that!

August really sucked balls, friends. Like I'm usually hanging on to the end of summer by the skin of my teeth, begging time to slow down, but August was not my month. I couldn't wait for it to be over. Everything that could go wrong did, it seemed like everyone was in a bad mood, and I was so busy I didn't even care that my library borrows were WEEKS late. Yet it felt like I never got anything done. Plus the weather was awful. If I want it to be in the 70s I'll put in an order for October, mkay? No. Thank you.

Anyway, one good thing did happen in August: I found a new musician to obsess over. Charlie Puth. I'm probably the last person on earth to hear about him, but I'm acting like an early adopter anyway. I can't stop listening to his new single, "Done For Me". Love the '80s vibe and I HAVE LITERALLY NEVER SAID THAT BEFORE.

So what's going on with you? Happy September's here or waiting for it to end already?