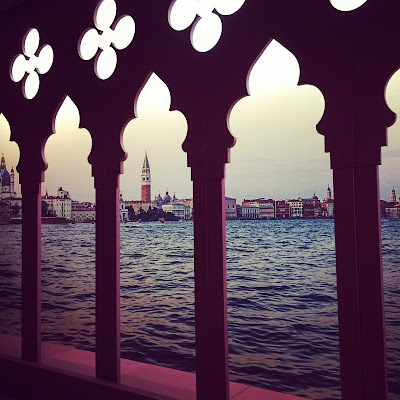 The Hating Game by Sally Thorne: Hilarious & hot. If this book isn't made into a movie, I just know about you, Hollywood.

The Heir by Kiera Cass: The princess is a bitch... but in, like, a good way.

I'm sharing a few excellent places to visit in Japan for book lovers over on Book Riot.

Imagine Jane Austen writing Les Liaisons Dangereuses and you have an idea of what this movie is like. Lady Susan, a young widow, plots and schemes her way through England's upper class, expertly manipulating people for her own ends.

I actually watched this movie on the plane ride to Japan, then forgot about it. Which should tell you a lot about it. It's one of those movies where people just stand around talking and nothing much happens. Fortunately, the dialog is pretty clever, and it's hard to dislike Lady Susan even though she is everything society tells a woman she SHOULDN'T be (but maybe that's part of her appeal). I laughed a few times. Probably skippable for most people, but worth watching if you're an Austenite.

I spent most of week madly trying to catch up on writing assignments, but I did get to see the Glory of Venice exhibit at the Denver Art Museum this weekend with my mom. It was a small but pretty cool exhibit! The gallery was decorated to look like Venice, with Venetian archways and photographic murals of the lagoon and city on the walls.

The story of the exhibit focused on Northern Europe's influence on Venetian art over the course of the Renaissance, a topic I hadn't seen covered in any detail before. There were even paintings that visually quoted Albrecht Dürer! Most of the work was by obscure artists, but there were several early Titians and works by Giorgione, Bellini, and Carpaccio.

Fortunately for me and my mom and our night owl tendencies, we got to the museum pretty late, which meant that we happened upon the docent training sessions for the exhibit. So we got to follow the head docents around and hear all the stories and symbolism behind the paintings, which made it a lot more interesting.

If you're in Denver while The Glory of Venice is up, I definitely recommend checking it out.

I was going to share some of my favorite foods from Japan this week, but I feel like this post is already too long, so I'll save that for next week. 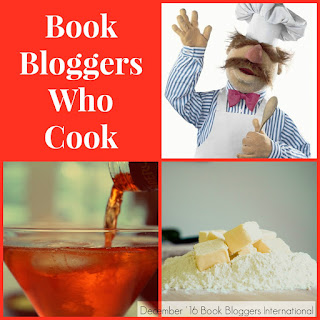 I'm putting together a blogging food festival at Book Bloggers International for this December! If you want to share a recipe, review a favorite foodie book, put together a food-related holiday gift guide, or write anything else food-related, let me know here or by email.

Have a great week, everyone!

Sunday Snapshot is Back from Japan! Also: Readathon Wrap-Up 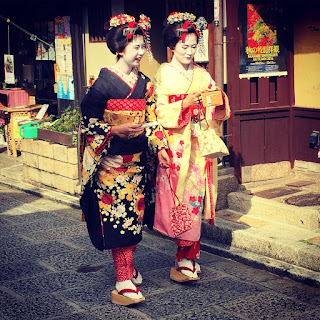 The Masked City by Genevieve Cogman: Finally making something of a dent in this one.

The Heir by Kiera Cass: Only just started this one on audiobook.

Whilst I was away, several of my posts mysteriously popped up on the webbernets:

Chris Wolff is an autistic accountant who uncooks the books for criminal organizations. Ironically, it's only when he takes a "legit" job that he runs across real danger and has to protect fellow numbers nerd Dana from nasty assassins.

I imagine the pitch sentence for this movie was, "A Beautiful Mind meets Jason Bourne," and if that sounds like it doesn't make sense, well. It doesn't. How Wolff evolved from an autistic child into a highly sophisticated criminal/badass assassin is about as plausible as a superhero origin story. The script also lacks focus and spends too much time on some questions–Ray King's history, for example–and completely forgets to explain other things, like how both brothers became assassins.

Aside from that, though, it does have entertaining moments. Affleck is actually pretty charming, and I liked the chemistry between him and Kendrick. Just leave your brain at the door.

Dublin teen Conor hates his awful school and his home life sucks. His one escape is music. But it isn't until he meets the beautiful Raphina that he gets the idea to start a band a discovers he has a talent for writing songs.

If you like '80s music, particularly that of Duran Duran and the New Romantics, then I think it's practically guaranteed you'll enjoy this movie. It walks a fine line between comedy and seriousness, and finds the perfect balance. Plus the songs are really fantastic. Yes, the funniest scene is also the first, and the ending's completely unrealistic, but overall I'd definitely recommend searching this one out.

Really dumb. I mean, I expected it to be pretty dumb, and it totally exceeded my expectations. Great movie if you want to go to sleep.

Calvin's life is not turning out how he expected. Sure, he has a decent job and a beautiful wife, but feels like he's stagnating. Then he accepts a Facebook friend request from a goofy weirdo he barely knew in high school, and suddenly Calvin's thrust into a world of spies, assassins, and danger.

The main reason to watch this movie is just to see Kevin Hart flipping out and Dwayne Johnson wearing a fanny pack, which doesn't sound like much but is honestly enough to justify this movie's existence. Otherwise it's pretty meh. I don't remember laughing a lot but I certainly didn't hate it.

I'm baaaaaaack! I spent the last few weeks in Japan, with layovers in Los Angeles. We visited Tokyo, Hakone (a hot springs resort area near Mt. Fuji), Kyoto, and Osaka. Hakone was the highlight for me, but the entire country was lovely. People went out of their way to help us and it was an amazing trip. Here are some pictures: 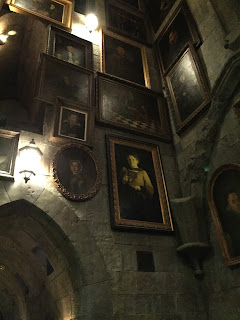 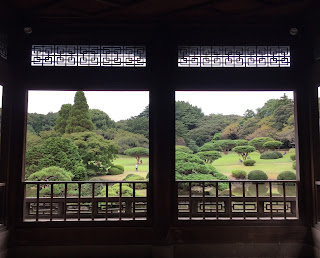 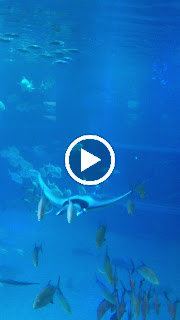 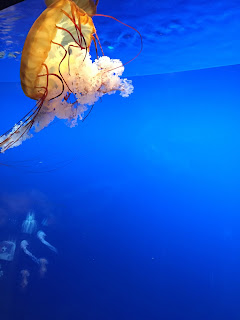 That was a whirlwind trip!

I also participated in the Readathon this Saturday. As usual I finished ONE book. This was kind of a frustrating Readathon, TBH, because I kept getting interrupted and I'm still tired from jet lag. But at least I did finish that one book.

Hope you all have a great week and I'm happy to be back and visiting blogs again!