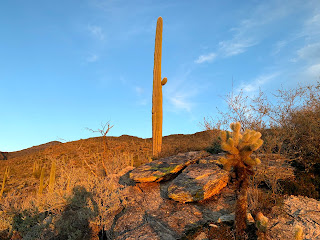 Hello all! First of all, thank you to everyone who still stops by to see what's going on with this blog, and especially to those of you who take the time to comment. I know I've been terrible at replying lately but I really do appreciate it.

Anyway, let's get on with the Sunday Snapshot. There are a lot of snaps at the end of this post if you just want to skip to that.

Newcomer by Keigo Higashino: I actually started reading this book last year, but couldn't get into it. Then I realized it was available on Hoopla as an audiobook and thought I'd give it another go. Let's just say, the detective has spent the last four chapters obsessing over a pair of scissors that have nothing to do with the crime. Uhg.

The Wedding Party by Jasmine Guillory: I think I would be enjoying this book a lot more if I'd made an effort to read it in a day or two. But it's a perfectly pleasant novel.

Well, there's been a lot. Here are some highlights:

Parasite (And I'll be honest, I don't really know which actor played what character so I'm just going to skip that part)

A really good movie. All the hype is well-deserved. I'm going to have to watch it at least one more time to sort out my feelings and interpretations of the subtext and social commentary, but even without that it's just a well-done thriller that's properly tense and creepy. Plus the art direction is spot-on. Definitely worth seeking out!

OMG you guys. Charlie Hunnam is SO HOT in this movie. I was sure he was going to set his sweater on fire at any moment. I could stare at him in a suit for hours. Or the back of him in jeans. 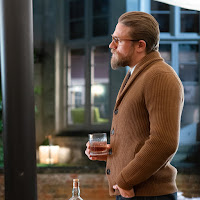 As for the movie itself, I guess it was entertaining? ¯\_(ツ)_/¯ Typical Guy Ritchie stuff.

This movie is so much better than Bohemian Rhapsody that it's hard to believe they're the same genre of film. Lots of super memorable scenes, the music is incorporated both seamlessly and inventively, and the ending is uplifting and hopeful. Not to get all #ownvoices on you guys, but this movie in comparison to Bohemian Rhapsody really does show how much of difference telling your own story can make.

In my year-end wrap-up for 2019, I mentioned I was interviewing for a job in the new year. Well, I didn't get it. But I'm honestly okay with that. I didn't feel 100% ready to fill that position, and I know the person they hired for it will be awesome at it. Plus work has been a lot less boring lately since my supervisor retired, so I'm not sitting in my closet wasting away or anything.

I also mentioned in my last post that I wanted to do more of what I enjoy, like travel, photography, and reading. 2020 has definitely delivered on some of those!

The second week of January I went to Portland for job-related training. I didn't get to see a lot of Portland, but I had a ton of wonderful meals there! I also got to check out Powell's, which I didn't think I would have a chance to, so that made me happy. If you're in Portland, be sure to stop by Q Restaurant, Bamboo Sushi, and Pépé le Moko.

Then, two weeks later I decided to take a mini-vacation to Bisbee, AZ. As I mentioned in the year-end post, Bisbee '17 was my favorite documentary of 2019, and ever since I saw it I've been obsessed with going to see Bisbee for myself. Well ticket prices into Phoenix weren't bad so I just decided to go for it. I'm so happy I went! The town totally lived up to my expectations: super quaint, full of old Victorian buildings and cute little shops, good restaurants, and the people were very friendly. I took a ghost tour, visited the local museum, and realized caves and me are no longer compatible. 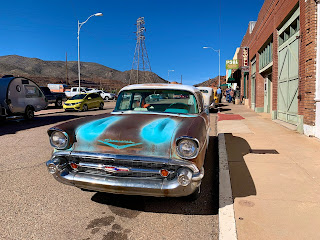 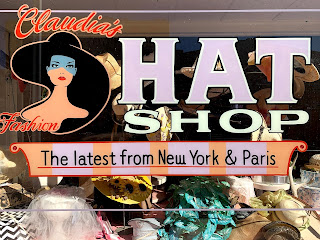 On the way to/from Bisbee, I stopped at the 17th-century mission church of San Xavier, which was awesome, and took a sunset photography hike at Saguaro National Park. 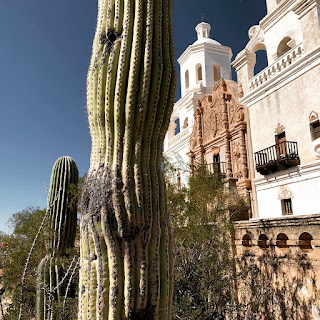 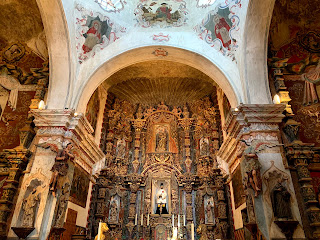 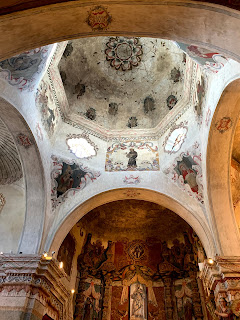 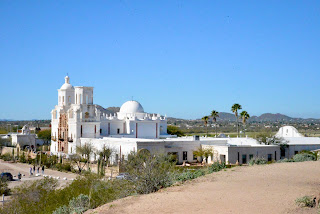 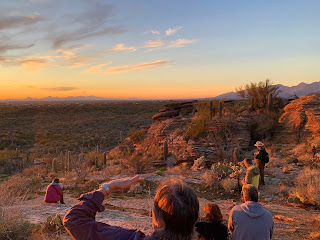 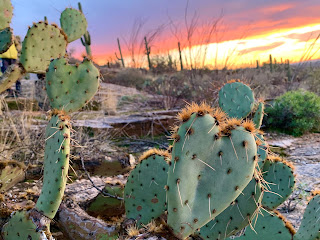 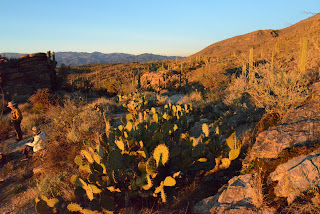 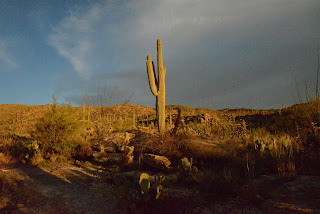 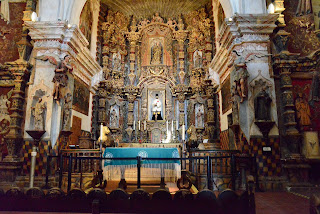 I also stopped in Tombstone. It was so lame. If you're going to visit a Old West town in Arizona, it should be Bisbee.

Finally, I crossed one more bucket list item off this weekend: I saw Josh Gates in person! Unfortunately I didn't get to meet him because they shut the line down before I found it, but it was still awesome. He's so down to earth and exactly like he is on his show.