Moon Over the Mediterranean by Sheri Cobb South: Supposed to be an homage to the romantic suspense novels of Mary Stewart and Phyllis Whitney. So far the only mystery I can find is why this woman is such a catty bitch.

When Dimple Met Rishi by Sandhya Menon: IDK, I love the characters but the romance occasionally sends me into a massive case of eye roll.

This week's Inbox/Outbox over at Book Riot.

When her dbag fiancé calls off their wedding, Rani decides to take their honeymoon vacation to Paris and Amsterdam by her own damn self, tyvm. The first half of this movie was okay, but it doesn't really start to pick up until Rani gets to Amsterdam, where it turns out she's sharing a room with four strange men in a youth hostel. She freaks the hell out (I don't blame her, tbh). But it turns out all the guys are gentlemen and super woke, and pretty soon everyone's friends and they're having adventures all over Amsterdam. I LOVE STORIES WHERE PEOPLE MEET AND BECOME FRIENDS, have I mentioned this?? Anyway, it was a bit slow in parts but I liked that Rani didn't wind up with anyone at the end. Worth watching if you enjoy these kinds of movies!

Whenever I tell people I saw this movie, they ask two questions: What is it about, and why is the main character named Baby? So let me answer that upfront. Baby Driver is about a getaway driver who started driving at a very early age, hence why his nickname became, "Baby. B-A-B-Y, Baby." This movie's chock full of great actors, the soundtrack kicks ass, the chase scenes will make your heart pound, the love story was actually pretty sweet, and the whole thing has a very stylish, hip, Speed Racer vibe. The second half kind of devolved into an OTT shoot-em-out that seemed like it belonged in a different movie, but I liked that Baby's criminal career had some very real-world consequences and he didn't just drive into the sunset. I scrolled past a review of Baby Driver that described it as, "The thinking person's Fast & Furious," and that's a pretty decent elevator pitch. Definitely recommended!

What the Health, directed by Kip Andersen and Keegan Kuhn

I'm not listening to anyone who tells me not to eat butter. DNF

It's official: the 13th Doctor is going to be a woman. Jodie Whittaker, to be precise, who worked with Doctor Who's new head writer, Chris Chibnall (not to mention David Tennant), on Broadchurch. A show I stopped watching because it was so fucking depressing. But anyway. Hopefully Chibnall's Doctor will be a bit more upbeat.

And if you're searching for your daily dose of outrage, check out the comments by men on twitter who believe "the Doctor is primarily a male role," "Is the BBC going to recast Mary Poppins as a man now?" etc. etc. Fortunately a hero named @imteddybless has taken it upon herself to shut them all down.


Time for lunch! Hope you all have an awesome week. 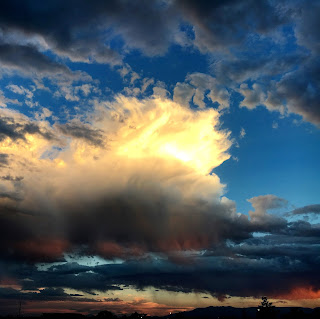 When Dimple Met Rishi by Sandhya Menon: Just started this one on audio.

Simple Green Suppers by Susie Middleton: I spotted this book while searching Amazon for something completely unrelated (I think it was either deodorant or bitters) and immediately ordered it. I'm only about a third of the way through and I've already gotten a few awesome ideas for make-ahead sauces and condiments.

Beauty and the Beast, starring Emma Watson and Dan Stevens

The 1991 Beauty and the Beast (hard to believe it was that long ago!) is arguably the greatest animated film of all time, so this live action version had a lot to live up to. Basically it made me wish I was watching the animated movie, although I didn't think it was a total waste of time like I did Cinderella. I enjoyed the musical theater vibe and I LOVED Josh Gad as LeFou. He nailed that role out of the park. But it didn't have the magical wow factor of the animated film, and the beast just came across as a rich asshole. I think this was more the fault of the script than of Dan Stevens, but it was still disappointing.

Anyway. Overall I thought it was okay. My mom rated it, "Pretty good actually."

June is over. Finally. It seemed to drag on forever.

There are a few things bringing me joy at the moment: one, I ordered The American Epic Sessions on vinyl and it is AMAZING. If you haven't seen The American Epic Sessions, it's a documentary series that aired on PBS about the earliest recordings of American folk music in the 1920s. And for the soundtrack, they recorded modern-day artists singing the songs into an original 1920s recording lathe. It is VERY cool. T Bone Burnett produced it, if you care about that sort of thing.

I bought the soundtrack on vinyl because that just felt right, and it is the best music purchase of my life. The sound is incredible. Compared to the vinyl, the mp3 tracks sound tinny and soulless. I definitely recommend this album–and the documentary–if you're a fan of folk or traditional country music!

I also discovered a new series to binge watch on Netflix: Girlboss! I never read the memoir by Sophia Amoruso, so maybe that's why I'm enjoying this show while everyone else hates it. The central complaint being, "Sophia isn't likable." And they're right, she's not: she's a legit crazy person with serious daddy issues and little to no regard for other people's feelings. But weirdly that's what I enjoy about the show? And is this the look of a woman who cares about being "likable"? No, it's the look of a woman who gets shit done.

Don't forget to join Tif in a readalong of The Hate U Give this month on Book Bloggers International.

Have a lovely week, everyone!