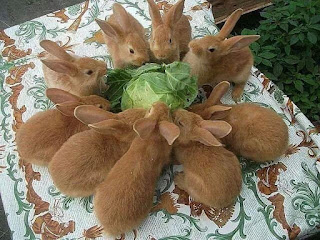 Currently reading:
The Western Star by Craig Johnson: Love the train mystery / Agatha Christie vibe to this one, but listening on audiobook it's hard to tell if we're in the present day or 1972. Also, Martha seems very unreasonable.
Movies watched:

This movie is AWFUL. The only reason to watch it is to truly appreciate how good Hitchcock's version is. Otherwise, I almost feel sorry for everyone involved in this film because it's a complete waste of time. Everyone except Armie Hammer, that is: his interpretation of Maxim de Winter was a T R A V E S T Y. How on earth he took moody and mysterious Max and turned him into Generic Boring Rich Bloke I'll never understand, but if I was him I'd get IMDb to strike this from my page asap. It's just an embarrassing performance. Not recommended.


Two people who can't find dates for holidays, because they are awful and unpleasant to be around, make a pact to be each other's "holidates." But then they sleep together and it's just like, "Well. This is probably the best we can do anyway."

When this movie first started, I had the optimistic idea that it would be a clever twist on Holiday Inn. I'm not sure why I thought that but I was wrong. There isn't a single likable character in this sad excuse for a rom-com, except possibly the bunny suit-wearing doctor, Faarooq (and don't even get me started on how he's treated). But by far the least likable character is the romantic lead, Jackson. I wouldn't wish him as a boyfriend on my worst enemy, which Sloane (Emma Roberts' character) could potentially be. Give me A Christmas Prince: The Royal Baby over this drech any day.


Megan has been fascinated by early 20th-century inventor and businessman, Charles Whitley, ever since she learned of his mysterious disappearance - and saw his hot, hot portrait in the restored Whitley House and Museum. But when someone who claims to be and looks exactly Charles Whitley suddenly shows up at the house, she wonders if giving up her job as head of the museum is something she really wants to do.

TIME TRAVEL ROMANCE, y'all! This was enjoyable and the lead was not boring, which is honestly about all I ask from Hallmark movies at this point. I also liked that Megan wrote her thesis on him and knew all his inside secrets. The ending kind of left things a bit unresolved, but I would watch this one again.
These weeks in heidenkindom:
Since my last post, cases of COVID-19 have exploded in the state. I've never been so happy to unilaterally make the decision that me and my team were going to work 100% remote. Last week the university reported that 200+ students and faculty were in quarantine, either because they'd tested positive, lived with someone who tested positive, or were known to be in contact with someone who tested positive. In October, it was 30 for the whole month. For most of this pandemic, it seemed like I and most people I knew didn't personally know anyone who'd contracted the virus; now I know several people who've tested positive or are being tested.
So, it's scary out there. And I have to say I'm grateful I can work from home, AND that the university gave everyone the whole week of Thanksgiving off. I was starting to feel like that "Hang in there!" cat meme, tbh, so I need the break. I do plan to work on some administrative stuff this coming week that needs to get done, but otherwise I am going to decorate for Christmas and prep for Thanksgiving and read and listen to records and watch Hallmark movies. And possibly re-read Twilight.
On the book front, I've read 3 paperback books in a row. That I bought on a whim. In an actual bookstore. For years, I've only ever bought physical copies of books after I'd read them in ebook format and decided I need to keep them for posterity. But for some reason - I don't know if it's the whole remote working thing and constantly being on Zoom or what - right now I'm just really digging actual physical books I can hold in my hand.
One of the books I just finished was Spoiler Alert by Olivia Dade, and I highly recommend it. It's super twisty and fun and meta fan-fiction-y and I honestly don't know how it works but it does.
Well Met by Jenn DeLuca is another recent paperback read. It's less successful as a romance than it is as a coming of age story, and I was disappointed by the lack of clever banter I was promised, but it's definitely worth picking up.
Anyway, now I have to pick another book to read, which will be difficult since all I have left are ebooks and the library's closed. (Or I could re-read Twilight, she thought to herself.)
Anyway! I hope you and your families are keeping healthy and safe, and that the holidays are bringing you peace and joy. I hope to catch up with you in the comments or on social, and if you live in the US have a happy Thanksgiving.
Discus this post with me on Twitter, FaceBook, Google+ or in the comments below.
at 5:13 PM