Jackaby by William Ritter: Looooove this one. 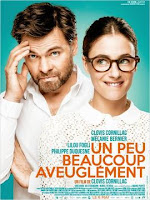 A young woman whose dream is to be a professional pianist settles into her first apartment in Paris. At first she thinks it might be haunted, but she quickly realizes that her next door neighbor, a reclusive inventor, is instead trying to scare her off. The apartment acoustics are shoddy and they can hear what's going on in each other's space as if there isn't a wall between them. To keep from driving one another crazy, they set up a schedule of time when each can make noise or concentrate, but as they get to know one another more they fall in love–all without ever having laid eyes on each other.

This is a fun, modern take on a marriage of convenience romance plot. The hero and heroine are forced to essentially cohabitate and go from hating one another, to grudging respect, to love. Aside from one particular scene that was eye-rollingly sexist, and some stuff that seemed laughably convenient (he just happens to be a music expert as well as an inventor? mrokay), I completely enjoyed this movie. Definitely recommend it if you're in the mood for a romcom!

There are three things you need to know about John Wick: he has a dog, he has a car, and he used to be the best hitman for a cabal organization that can't really be that secret, since it seems like everyone is a part of it. Naturally, the organization isn't going to let him stay retired for long.

Hmm I'm kinda torn on this one. On one hand, it's a well-made movie that sets a surprisingly high bar for assassin revenge flicks (seriously). There were long stretches that I totally enjoyed, the locales are amazing, and it looks really fucking cool, which I think is probably the main point. On the other hand, the gun violence was way over-the-top. TOO MUCH. It was like those single-shooter video games except worse. And you can tell it's gun porn because the characters feel the need to tell you what every goddamn firearm in the entire film is. Like it makes a difference? There were times when I was caught by Reeves' balletic prowess and the impressive fight scene choreography, but really how much of that do you need when you can just lay lead into people? Still, I'm glad I watched it. I found some excellent articles about the filmmakers' nods to Buster Keaton and the problematic gun violence in the movie as well.

Ooops, looks I unintentionally checked out of blogging this month. This is definitely the fastest February I've ever experienced in my life. Usually it feels like three months rolled into one; but this year, what with the unseasonably nice weather (temps in the 60s and 70s), another job I got setting up a website, and various birthdays and writing assignments, I'm legit shocked February's almost over.

Last Saturday I went up to Denver to see a new exhibit called Mi Tierra, which features installations from up-and-coming Latino artists. I was really impressed! Here are a few pics of my favorite pieces: 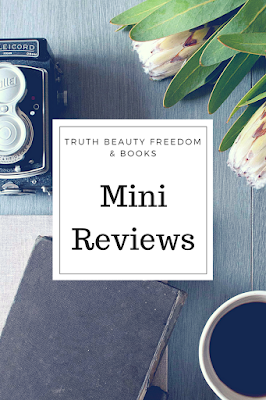 Sometimes I have some things to say about a book, but not enough for a whole post. Enter mini reviews! This week I'm reviewing two young adult fantasy novels that, on the surface, have a lot in common: Passenger by Alexandra Bracken and Graceling by Kristin Cashore. Both have one-word titles. Both are the start of a series (but then what book isn't these days). And both were kind of a mixed bag. However, I think one was slightly more successful than the other. Read on to find out which!

A gifted violinist, 17-year-old Etta Spencer is eagerly awaiting her professional debut concert. But her career and everything else in her life is put on hold when she's literally shoved through time and into Revolutionary-Era America. Trapped aboard a pirate ship, Etta has to figure out how to get back to her own time and save her mom.

I can never say no to a story about time travel, especially when it involves romance, so when I saw this book on Booktalk & More Too, I immediately requested it at my library. I definitely enjoyed reading Passenger, but there were some inconsistencies and issues that kept pulling me out of a story I desperately wanted to be sucked into.

I loved the beginning of Passenger, where we get a peek into the life of a child prodigy and witness Etta's passion for violin. It reminded me of Mozart In the Jungle, which is one of my favorite TV shows ever. I also liked that Bracken didn't completely whitewash the past and that Nicolas was black (that said, I would have liked it even more if he wasn't the only black person in the book). The story itself was perfectly paced and it's the type of book you don't want to put down.

Unfortunately, Passenger also has some major weaknesses in regards to plausibility and continuity that made it a frustrating read, especially in the second half. I'm not talking about the time travel aspect–I don't expect that to make sense, and it doesn't–but character motivation and practical details that the author skips over or makes a hash out of.

For example, when Etta first time travels, she gets "Traveler sickness" and is unconscious for several days, allowing Sofia to take her from the time portal and deposit her on a ship. Okay, fine. But how did Sofia get Etta from the portal to the ship? Did she have someone carry her? Fireman's hold? Wingardium Leviosa? Teleportation? I guess we'll never know.

Then there's the romance, which I simply did not feel at all. It's one of those romances where they're attracted to each other as soon as they lay eyes on one another, but then spend 500 pages not doing anything about it BECAUSE REASONS. And let me add here that the male half of this equation is a pirate. I found his behavior distinctly un-piratical.

Add to all that long-ass passages of really headslappingly stupid exposition ("Marrying up was the only way that any number of women in history had escaped their pasts and whatever stations they’d been born into. They couldn’t work to improve their lives the way men did, and live by their own means. It was grossly unfair to them–" Thanks for that), and descriptions that are just a bunch of words strung together in sentences that honest to god mean absolutely nothing, and I couldn't work up more than a like for this one. But, it's a decent and fun time travel story, and if you enjoy shows like Timeless you'll probably enjoy this read.

In an alternate world, Katsa is graced with a powerful fighting ability, which her cousin and king exploits to his own advantage. But when she meets similarly graced Prince Po, he inspires her to rebel and set out on an adventure.

Graceling is another novel with a well-told story, but some problems that prevented me from really getting into it.

When I was reading reviews of this book on Goodreads shortly after I started it, I noticed that some people were grouchy about "the raging feminist agenda." And, about halfway through, I understood why. Graceling makes a big show of being "feminist," with a heroine who literally kicks people's asses. But when there's only one female character (aside from a maid whose only purpose in the narrative is to make Katsa attractive so she can attract boys) and the book doesn't even pass the Bechdel Test, the feminist agenda feels more like patronizing lip service than empowerment. I got pretty damn cranky about the whole thing myself, I have to say.

I also was not into the romance between Kat and Po. I did like that they were equals and Po treated her as such, but for me personally it's hard to wrap my head around a positive relationship built on fighting. And the sex scene was like something out of a different novel. A bad one.

But! In the last quarter of the book Po is out of the picture, and I have to say Graceling improved by about 1000 percent. More female characters showed up–a princess, who while a little kid is pretty smart; a sea captain; Po's mom–and since Po's not around, Katsa can do what she does best: survive against the elements and baddies.

I probably won't read the second book in this series, but Graceling was okay. I'm glad I finally got around to finishing this book that's been on my shelf for years.