I hope you're all having a good Father's Day; or, if you don't live in the US, a pleasant Sunday!

The Bookman's Tale by Charlie Lovett: Only just started this one.

In the Shadow of Iris, starring Charlotte le Bon and Romain Duris

If you liked Gone Girl, you'll probably enjoy this movie. I did, anyway! It's in the same wheelhouse of twisty-twist, neo-noir thrillers, with a few gratuitous sex scenes thrown in because France. I don't want to talk to talk about the plot in depth too much, but the basics are that a wealthy French banker's beautiful wife disappears, and an ex-con and down-on-his-luck mechanic becomes suspect numéro un.

Honestly, I thought this movie was EXHAUSTING. Way too much going on and at a frenetic pace. It also wasn't as funny as I thought it would be, considering Lego Batman was the best part of the Lego Movie. It just reminded me of why I don't like superhero comics or movies, and why I dislike Batman movies in particular (he's still not as pointless and boring as Superman, though, I'll give him that much). YMMV of course.

Howdy there, y'all! It's been awhile since I've done one of these. The beginning of June was a challenge for me. I had to do my quarterly taxes, which never puts me in a good mood, and there were a bunch of work-related fires to put out that led to even more stress and headaches.

I did do a few fun things these past weeks: I went to a wine tasting of really good French wines; and my mom and I checked out The Western: An Epic in Art and Film at the Denver Art Museum. It was one of those exhibits that looks super-cool (see gif above), but doesn't have a lot of information. I was also disappointed in the near-total lack of discussion on the role of Indians and Hispanics in westerns. But whatever. Here are some pics!

Have a fantastic rest of the week, everyone!

Around the World In Books 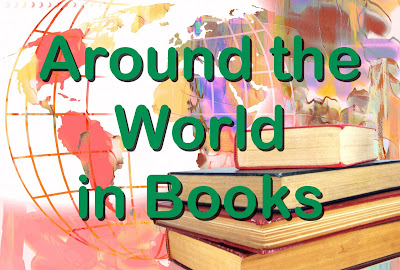 This week is Armchair Book Expo, and the discussion topic for today is on diversity in books. I thought this would be a perfect time to post about a personal challenge I've created for myself to read more diversely: Around the World in Books!

If you follow my Sunday Snapshots, you know that this year I spontaneously started keeping track of the nationality of the authors I read. Since I've been keeping it up, I decided: why not challenge myself to read at least one book written by someone from every country on earth? This is the masterpost for my Around the World in Books Challenge; feel free to join in if you like! 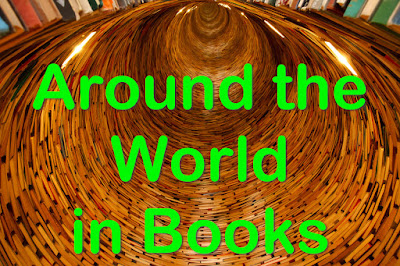 Unread Countries (alphabetically):
List of countries in the world provided by the US Department of State.