The Bride Test by Helen Hoang: I'm enjoying this one a lot more than The Kiss Quotient. Khai is pretty funny.

Posts elsewhere you may have missed:

If I hadn't already seen the movie this was based on, Kraftidioten, I probably would have enjoyed it more. It didn't have the same sense of humor as its predecessor and Neeson doesn't bring a lot to the table in terms of acting. The final scene was pretty hilarious, though.

You'll feel like YOU just spent a week in the arctic after watching this movie. A survivalist film where only about three words are spoken, if that. It's pretty intense and well-made but I don't think I want to go on that journey again.

I enjoyed the first half of the movie, but the second half felt clichéd and repetitive. Plus, I feel like this movie was crying out for further exploration of the relationship between Freddy and whatever-her-name-was.

This film is living proof Matthew Goode does not always make good decisions. I watched it on the plane and it is SO BAD. Like sooooooo bad. I almost quit watching it four times but there was literally nothing else available on the in-flight entertainment. Cloying, predictable, misogynistic, and obvious, with absolutely zero effort put into character development or logic. DO NOT WATCH. Don't make the same mistake me and Matthew Goode did.

A Star is Born, starring Lady Gaga and Bradley Cooper

The best of the "A Star is Born" movies made so far, not that that's saying a lot coming from me. It was actually pretty good, but the ending came out of nowhere and felt pointless and manipulative.

Also, everyone talks about how great Lady Gaga is in this movie–and she is good, I'm a fan–but she was basically playing herself. Bradley Cooper was playing a character and he did a fantastic job of it. More props to Cooper.

This movie starts out as a romantic comedy about a guy who keeps going back in time to get the girl, but ends up as a movie about life and the connection between fathers and sons. Unexpectedly touching and definitely worth streaming.

On the Basis of Sex, starring Felicity Jones

There was a lot less lawyering going on this movie than I would have liked/anticipated. The first half of the film focuses on Ruth Bader Ginsburg and her life as one of a handful of women studying law at Harvard, all while:


HOW DID SHE DO IT, FOLKS. Darn if I know. Then it skips ahead to her struggle to find a job at a law firm, giving up, getting a job teaching at Rutgers; then skips ahead again to the '70s and her and her teenage daughter fighting constantly. Eventually we do get to see some lawyering and Dramatic Courtroom Scenes, and the story picks up steam, but the first half definitely feels slow and edited down to within an inch of its life. That said, I enjoyed watching it and learning more about RBG. Recommended.

These (almost) six months in heidenkindom:

Whelp, it's definitely been radio silent around here for the past few months. With my new job, trying to keep my hand in freelance writing, and working at the store on Saturdays, I don't have a lot of free time to devote to blogging (I know what you're thinking: Ruth Bader Ginsburg would have managed it. But we can't all be RBG).

However! This weekend I have two whole days off in a row and I just don't know what to do with myself, other than do what I've been wanting to for the past few weeks: share some photos with you all of my last couple of trips.

In April we went on a crazy fast trip through Iceland, Normandy, London, and Ireland. Forgive the photos if they're a little out of order. Blogger. What can you do. 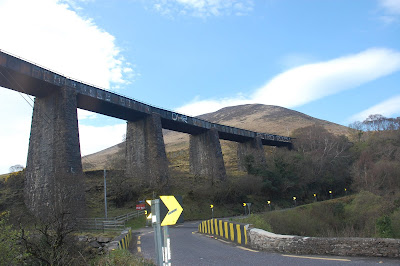 Then in May I went to Los Angeles with my mom. 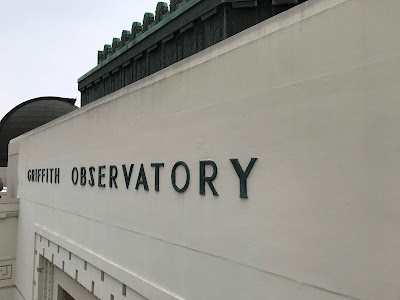 So what's been going on with you? Let me know in the comments!