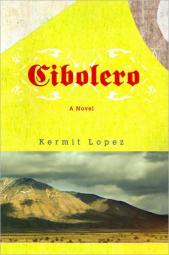 For years, Antonio Baca lived the wandering and restless life of a Cibolero, or buffalo hunter, following the great herds that roamed the endless Llano Estacado-the high plains of a region that would one day be New Mexico. After marrying and settling down, Baca has finally found a modicum of peace in the home he built for his growing family.

But Baca witnesses the transformation of Nuevo Mexico from an isolated colonial outpost of the Spanish empire to a province of the newly independent nation of Mexico and, finally, to a land conquered by the avaricious americanos. Following the United States's seizure of New Mexico, Antonio and his countrymen find themselves treated as foreigners and second-class citizens in their own land.

When his daughter, Elena, is kidnapped by a band of invading Texas Rangers after the American Civil War, Baca desperately tracks them across the llano of New Mexico and into Texas using his skills as a Cibolero. Terrified for his daughter's safety, he plunges into the world of the gringos, and discovers just how much the americanos have changed his homeland. But as the days pass without any sign of Elena, Baca fears for her life-and his own.

I had some misgivings about reviewing this book. The last time I'd read a Western was... oh, that's right. NEVER. So why did I read it, you are undoubtedly asking yourself. Well, what attracted me to Cibolero was that it takes place in an area not far from where I live. I was intrigued by someone setting a story in a place and time period of which most people remain totally ignorant. Happily, I did end up enjoying the book, and really loved the main character, Antonio.

The summary for Cibolero makes it sound like one of those epic novels that spans generations; actually, it's a very focused story. Although we do get glimpses of Antonio's life as a cibolero, or buffalo hunter, through flashbacks, the actual plot of the book takes place over a relatively short time period.

Antonio Baca is a subsistence farmer living, I'm guessing, in the mountains north of Santa Fe (I'm a little confused by this, as I'll talk about later). Although his life isn't easy by any means, it is happy. One day, Antonio needs to go to Las Vegas to pick up supplies. When he returns, he finds his farm has been set upon by Texas Rangers who have stolen his oldest daughter, Elena. Using the mad skillz he learned as a cibolero in his youth, Antonio decides to track his daughter and the tejanos and get her back.

Cibolero didn't exactly start off with a bang, and the first few pages seemed fairly pedantic; but the novel improved quickly as it focused more on the characters. As I mentioned before, I quickly fell in love with Antonio, and as long as the story was focusing on him it was very interesting. The Texas Rangers, however, on a whole seemed dumber than a box of rocks. There was one decent guy among them--Captain Russel--and he couldn't control them to save his life. The others were almost cartoonishly greedy and amoral. I do wish the character of Elena had been developed more and that we would have seen the Rangers' actions through her eyes instead of Russel's (who, quite frankly, is completely uninteresting).

Also, another weird thing that drove me absolutely crazy was figuring out where the action in the story was taking place. I assumed before I opened the book that Antonio lived north of Taos, just based the photograph on the cover--maybe in the San Luis Valley. But if he's a day ride from Las Vegas, he must live quite a bit farther south. And where and how big exactly is the Llano Estacado?? And what path are the Rangers taking as they're trying to get back to Texas? I think it would have vastly helped me to understand and visualize the story if there was a map in the book showing me these things, and I'm actually pretty disappointed with the publisher for not including one.

Other than that, though, I think this book is worth buying just for the glimpse it offers into a fairly insular society. Lopez shows very well in the novel how and why the nuevomexicanos are so reluctant when it comes to giving an inch to American ways--and still are. Not that I know anything from personal observation, but one hears things. Such as the fact that the Spanish Inquisition is still alive and well in the form of Penitentes, a secret society (mentioned in the book, btw) that still survives in Southern Colorado and Northern New Mexico. No one knows exactly what they do, but that's part of what makes them so powerful--the threat of their actions, fed by rumors of what they've done to people in the past, is likely a better deterrent against bad behavior than the actual men themselves. Most of the ranchers there still don't use electricty--but then that's true of ranchers on the Eastern plains of Colorado and New Mexico, too. I've also heard that the majority of people in the area still only speak Spanish (or rather, their dialect of it), although I doubt that's true any more. But then it could be--who knows! Only the people who are from there. My point is, it was isolated and strange to outsiders at the time Cibolero takes place, and it's still that way; but the book does a good job of transporting you to that time and place. And really, how awesome is that?

Cibolero isn't my typical read, that's for certain; and I wouldn't say it's the next Bless Me Ultima. But I am really happy I got a chance to read it. I learned quite a bit about an area and time period that I was already interested in, and I hope Lopez writes another book so I can learn more.


Want to win a copy of Cibolero for yourself??? Yes, of course you do. Just leave a comment and I will draw a random winner on Tuesday night. The winner will be notified by e-mail, so make sure you use a valid e-mail addy when you enter your comment.

And check out these other stops on Lopez's book tour:

Thank you to BronzeWord Latino Book Tours for sending me this book to review!
at 1:49 AM