THE RIVER OF NO RETURN by Bee Ridgway, Armchair BEA Giveaway 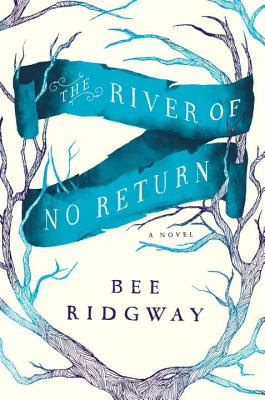 Nicholas is in the midst (literally) of fighting in the Napoleonic Wars when he's suddenly transported to the 21st century. He's immediately inducted into The Guild, and told only four things: there is no return, there is no return, tell no one, and uphold the rules. Then Nick finds out you CAN actually return to your own time and place. What else has The Guild been lying to him about?

The Washington Post said The River of No Return by Bee Ridgway has the feel of an instant classic, and while I might not agree with such lofty claims--the novel does have its issues--I will say it's an effing good story and unputdownable. I'm talking do-not-start-it-on-a-night-before-you-have-to-go-to-work unputdownable.

I already gave The River of No Return a "buy" vote on Book Riot, but if you need any more convincing: time travel, a lovely romance, and a lot to think about. One of the things I loved about this book was that there were Ideas behind it. Such as, how has the Enlightenment affected our world? Nick spends a lot of time in this novel trying to figure what he believes and how he will act, regardless of what society, religion and the government tells him he SHOULD do. Also, how has war and money shaped our civilization? Is it all worth it?

One last thing: I ADORED the romance in this book. It's actually a small part of the novel, but it's totally organic and compelling. Julia is a great character--as are all the other female characters, now that I think about it--and while the way her and Nick's relationship developed was a little anachronistic, it IS a time travel novel.

Anywhooooose, the publisher sent me two copies of The River of No Return for some reason, so I'm offering the copy I didn't read as part of Armchair BEA's blogger giveaways. Just fill out the form below or click here to enter. This is definitely a book you want to read!