Sunday Snapshot is an update of my week in reading, blogging, or lack thereof. Let me know how your week's been going!

The Ladies' Paradise by Emile Zola–for the readalong with Evangeline from Edwardian Promenade. She posted her recap of Chapter One yesterday, and I'll post on Chapter Two later this week (see? This readalong is totally doable.)

The Magpie Lord by KJ Charles–Finally started this book Anachronist told me I would enjoy. I'm loving this world and characters so far!

168 Hours: You Have More Time Than You Think by Laura Vanderkam–Haven't had much time to read this so far (ironically), but what I did get through was skim-worthy.


Movies watched this past week:

I was pet sitting, so I got through a lot of movies.

I really enjoyed this one! Yeah, the plot is completely implausible once you start thinking about it, but I didn't care too much because I don't consider the movie as a thriller. It's more like a really twisted Stepford Wives. lol

There was A LOT less music in this film than I was expecting. They didn't start singing Four Seasons songs until an hour into the film! Before that, the guy who played Frankie Valli sang covers, and quite honestly his voice sounded awful. The music wasn't integrated into the story very well, and the movie was totally boring.

I can see why Middle America never latched on to this one. There are some really funny lines, but I don't think it's as clever as it seems to think it is, and the targeting of certain socio-economic groups *coughredneckscough* left me a little uncomfortable.

Oh my god, this movie. I enjoyed the hell out of it, but by the time it was over my brain felt completely numb. I laughed, I cried (I actually did get teary-eyed at the end with the tribute to Paul Walker), and I slapped my forehead a few times.

Reviews in the queue:

Recap of Chapter Two of The Ladies' Paradise.

Um, no reviews posted. I did WRITE two reviews, but never got around to editing and posting them. 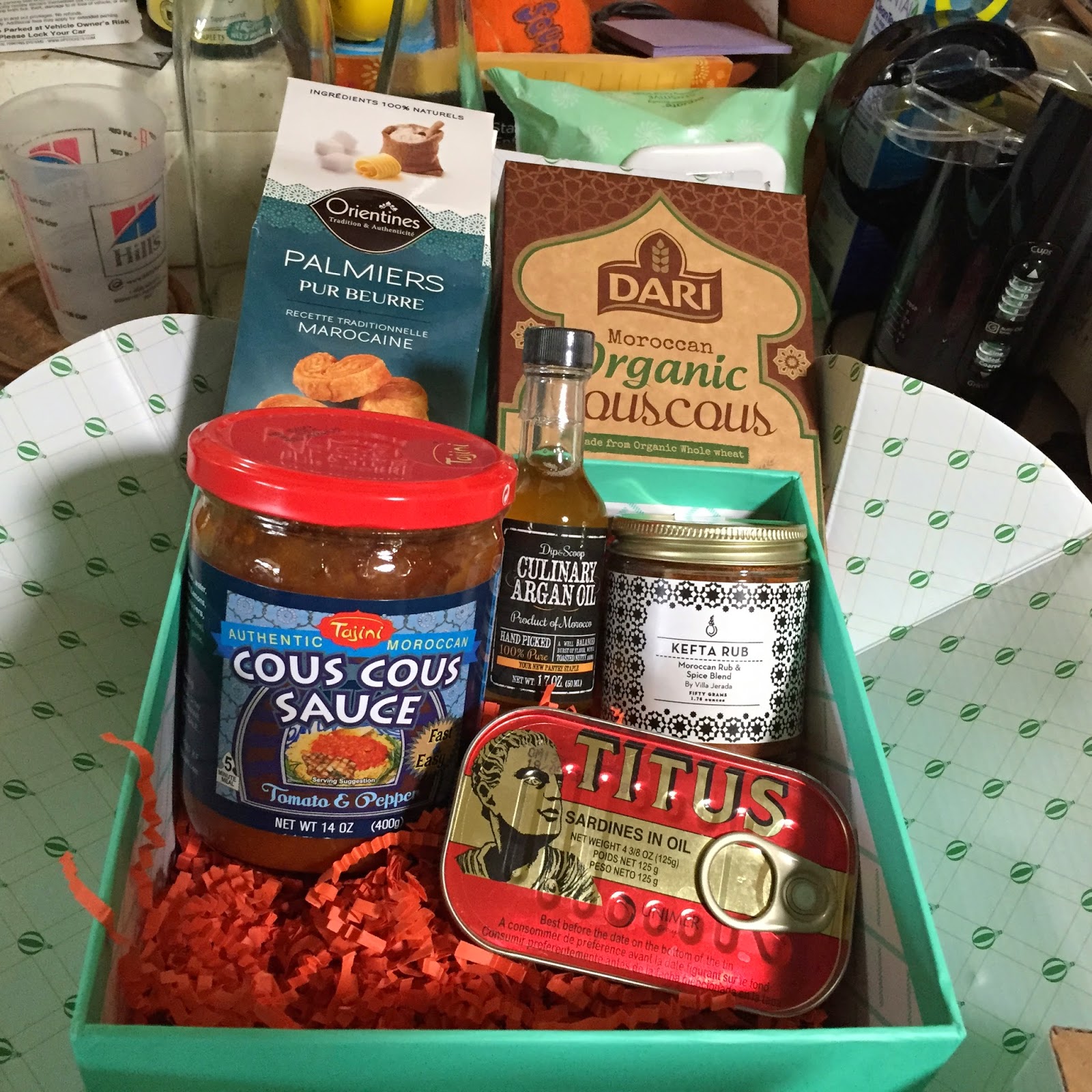 I got my Try the World box on Monday. Try the World basically sends kitchen table travelers food from different parts of the world. This month's locale is Marrakesh. I don't know... it is a cool idea, and I love their packaging, but I also have some problems with it, first and foremost being that they charge your credit card before they ship and don't send any sort of invoice or receipt to let you know they've done so. Secondly, I don't think the boxes are as strong as they could be. Take the Marrakesh box, for example–they mention in the info booklet that mint tea is an essential part of Moroccan culture, but there's no mint tea in the box. Like okay? One would think of all things tea would be pretty easy to import and ship. At $39 per box, I don't think it's worth it.

So, I had to pet sit, which is always fun but cuts down on the time I have to write. On Monday and Tuesday I was scrambling to get my i's dotted and t's crossed for Book Blogger International's Comics and Graphic Novel month, in addition to meeting all my other deadlines. On Tuesday I was so buried I was half an hour late to an editorial meeting. I would have begged off (I'm following Timothy Ferris' advice to never attend meetings), but that guy wanted meet for drinks after. I didn't get home until after ten and I was EXHAUSTED.

Then on Wednesday morning, someone ran a Tahoe through the back of the store where I work and stole several pistols. Not many, but still, everyone was pretty upset and stressed out. I spent the last half of the week reviewing the store's security footage, which is not as interesting as one would think. But still less tedious than entering inventory.

Here are some pics of the pets I sat last week and a plant I had fun photographing.


Hopefully next week is all-around better for everyone!