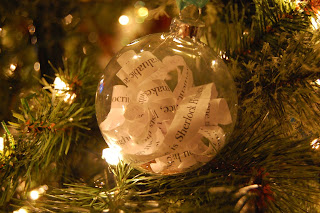 The Valley of Fear by Arthur Conan Doyle: Different from what I was expecting.
My Fair Gentleman by Nancy Campbell Allen: I can never resist a My Fair Lady adaptation.

A review of The Conjure Woman by Charles Waddell Chesnutt over at Project Gutenberg Project.

What is up with Disney and the long-ass unnecessary prologues lately? Get your shit together, Disney. Anyway, this movie has a lot of problems, which I may enumerate on in greater detail in the future. For now let's just say I'm happy I didn't drag myself to the theater to see it and leave it at that.

This movie was okay. I've certainly seen worse Star Wars movies *coughthephantommenacecough* and I liked the new main characters–although Kylo Ren or Renlo Kye or whatever the hell his name is was way too chatty and pretty to be taken seriously (actually, now that I think about it, all three were way too pretty for their characters). But come on people, can we not have an original plot idea here? If this story devolves into a YA-novelish love triangle I'm going to be pretty annoyed.

I hope you all had a nice Christmas if you celebrate it, or at least a few days of R&R if you don't. It's hard to believe 2015 is almost over. I really need to get started on that yearly wrap up post, but I'm having trouble remembering anything before July. I knew I should have done a mid-year wrap-up.

Anyway, the next time I post one of these snapshots it'll be 2016. Have a fantastic New Year's, everyone!

This is the type of recipe that makes me sad I can't eat chocolate: CHOCOLATE WINE! I want to try it so badly. You all should make it and tell me how it is.