Oh 2017. You were exhausting. I've already shared my feelings on the year in general (apparently I'm so looking forward to a new year I labeled that post Christmas 2018 instead of '17), but I didn't have a chance to round up my year in reading. Until now!

The number of books I read in 2017 was honestly pathetic, by my standards anyway. I've only read 80 books so far. I may be able to bump that up to 81 before the year is out, but either way I've read less books this year than I've ever read since I started tracking my reading on Goodreads.

On the positive side, I did pretty well on my Around the World In Books challenge. I managed to read books by authors from 14 non-US countries, including Taiwan, Malay, and South Korea. In terms of numbers, the US made up the vast majority of my reading–no surprise there–with the UK and Japan (thanks, manga!) coming in a distant second and third.

Here are some memorable reading highlights and lowlights from the year:

There is literally nothing not to love about this romance. You’ve got London’s West End theater scene, a sweet-but-tough heroine, tons of trouble generated by larger-than-life characters in the supporting cast, and a hilariously grumpy-ass hero who makes “Mr. Darcy look like the poster child for low self-esteem.” The story is perfectly paced and even when they’re fighting–which they do for most of the first half of the book, and very entertainingly too–Richard and Lainie have incredible chemistry. I think what I adored most about this novel, though, was the peek into the world of the theater (“The theater, the theater, whatever happened to the theater” <–what plays in my head whenever someone says the word theater), with all its glamor and politics and fancy dresses and gossip and sexism. Very dramatic, and so much fun! A must-read for anyone who enjoys contemporary romance, imo.

Well, they can't all be winners. Here is the review I wrote for Pretty Face here and then decided not to publish (although I did post a nicer version on Book Riot. Yes, that's me being nice):

Lily Lamprey is a television soap star, but what she really wants to do is work in the theater. Luc Savage's new play in London's West End is her big break, but should Lily risk her career and reputation on their mutual attraction?

I do not get the love for this book AT ALL. It basically exemplifies why I stopped buying romance novels last year: 1. it's not romantic; and 2. it's boring AF. I feel like it sucked five weeks out of my life and I only spent a week and a half reading it.

Here's the thing: Luc and Lily spend very little time together during the course of the book, and whenever they do manage to find themselves alone in a room together, they're immediately interrupted by someone's who's like, "I SEE WHAT YOU'RE DOING HERE, HANKY PANKY!" So over the course of 150 pages, they do little more than hug, stare at each other, and get to first base. If they were *really* that attracted to one another, don't you think they would make more of an effort to actually, I don't know, be together?

All that wouldn't make me too grouchy if there was another plot to follow, but there's not. Luc and Lily are it. So instead of a romance novel, we get an endless series of scenes that do nothing to drive the narrative forward. Most of these scenes consist of people standing around and talking about Luc and Lily's relationship. What relationship? People assuming you're sleeping together is not a relationship!

Add to that some truly lazy descriptions and the fact that the potential for drama is wasted at every opportunity, and by the 60 percent mark I was getting pretty damn impatient and cranky with this pile of nothing. I can't believe I wasted so much time reading this book when I could have been reading literally anything else. If you do read this novel, please only read the scenes where Luc and Lily are together and then tell me how long it took to finish; I'd be interested to know.

I read all six of these books in 2017, quite an accomplishment for someone who struggles to make it through series like myself. This charming series focuses on group of older poor relations in Regency England who decide to take matters into their own tentacles and open a hotel that caters to their wealthy families. Along the way there's romance, drama, and misadventure. These books aren't going to win any literary awards, but I loved the poor relation characters and how Chesney tied their stories together.

Most questionable cover: Trust Me by Laura Florand

From another grouchy review I wrote here but never published:

Let's start with the whitewashed cover, shall we? Trust Me's fearless heroine, Lina, is of Algerian/Syrian descent and is described as having golden skin dark enough to hide a blush and black, curly hair. Meanwhile, the woman on the cover doesn't even look vaguely Mediterranean. Out of curiosity, I Googled "Algerian women French" and got a bunch of pictures of women who were brown- to olive-skinned and absolutely gorgeous, including this photo of French-Algerian actress Sabrina Ouazani, who looks pretty close to how I was picturing Lina in my head: 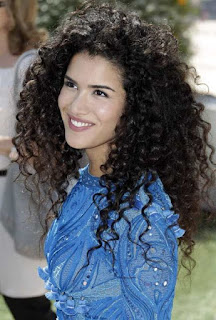 I just wonder why Florand decided to whitewash her own damn cover. It's bad enough when publishers do it, but Trust Me is self-published. Did Florand think the book wouldn't sell if there was a brown person on the cover? Maybe don't write about one either, then.

Memoirs and I usually don't get along, but when Trevor Noah said on The Daily Show that he was "born a crime" in South Africa, I wanted to know more about his story. I'm so happy I stepped out of my comfort zone and read this book because it is ALL THE THINGS. Gut-busting hilarious, sad, poignant, thoughtful, and entertaining. Noah sure as fuck knows how to tell story, and I learned a lot about a country and culture about which I was more or less completely ignorant. Not just that, but what it means to be hungry, grow up in the hood, and be mixed race. I'd definitely recommend this book to anyone.

I wasn't sure what to expect from this book, but it sucked me in from the word go and led me down a crazy-twisty rabbit hole. Maybe a little *too* twisty for belief right there at the end, but I sure as hell enjoyed the ride. 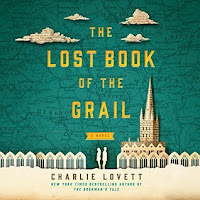 Favorite mystery: The Lost Book of the Grail by Charlie Lovett

This book has everything: religion, faith, libraries, humor, romance, the legend of the Holy Grail, billionaires with questionable motives. Everything just works, even the stuff that usually annoys me.

This book, you guys. THIS BOOK. Again, this is a book with everything: pirates, Versailles, Venice, alchemy, highway robbery, evil dukes, bluestockings, absolutely swoon-worthy romance. I wish I lived in this novel so that I could hang with Monty, Percy, and Felicity all the time. It's a romp, a romp I tells ye! 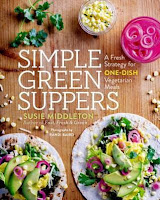 2017 was the year I got serious about eating more plants (TM), and this was the perfect book to help. The suppers are filling and satisfying, flexible, and delicious. I actually crave several of the recipes in here now, and I've never found myself saying that about vegetables before.


How was your year in reading? Any favorites?