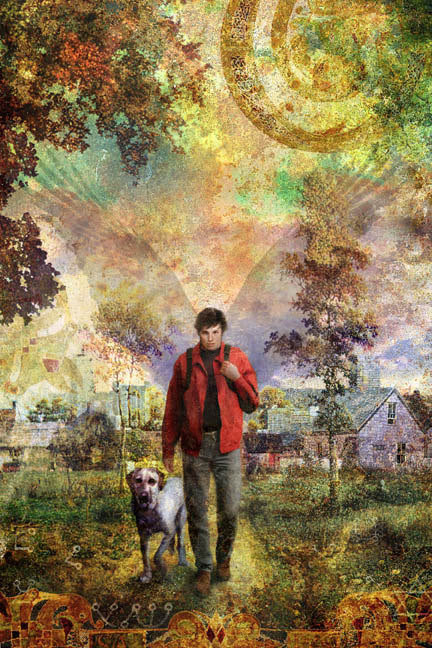 The Fallen by Thomas E. Sniegoski

Source: Once again, I borrowed it from my mom.

This is a short, entertaining YA full of action and battle scenes, with a little romance thrown in.  It's not the greatest book ever, but it is a satisfying read, and I definitely want to read the next book in the series.

When Aaron Corbet goes to sleep as a seventeen-year-old, his life is pretty decent:  despite being an orphan, he's been adopted by a family who loves him; he does well in school, has a car, and works in a veterinary clinic.  Even before he wakes up on his eighteenth birthday, however, things are starting to unravel--he has a terrible dream about an ancient village being attacked.  He gets a blistering headache, then suddenly he can understand Portuguese!  The hottest girl in school smiles at him (well, that's actually a good point).  What is going on???  Then a crazy old guy in the park tells Aaron that he's a nephilim, a child of a human and an angel.  Good points: wings and superpowers!  Bad point: nephilim are considered unnatural beings and angels are determined to kill him.

I can't really say anything more about the plot, since that's basically it.  Young boy is unexpectedly thrust into the Other World, danger ensues.  The first 100 or so pages are pretty rough, mainly because the writing has moments of pedantry and TMI that drove me crazy.  For example:

He signed in with a password that he had obtained from the library his first year of high school, and called up a search engine that he used often when researching information for school papaers.  The screen appeared and, choosing one of the varied spellings, he typed in the mystery word.  He hit the Enter key and held his breath.

Oookay, good to know.  Wouldn't want him just firing up a computer without a valid password!  There were also times when I found myself thinking, "Hm, someone's using a thesaurus."  So Sniegosky is no JK Rowling--but even though the writing style occasionally bothered me, I can see where might not bother younger readers (who are really the audience for this book), so I can't fault Sniegosky for it.

As I said, though, the first half of the book was a little rough, story-telling wise.  I felt completely lost as to where the author was going was the narrative.  But then... the angels arrived.  Which brings us to the big question: 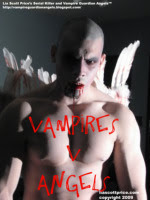 Are angels the new vampires?

Still no... but they are pretty kick-ass.

The title of The Fallen refers to a group of angels called the Grigori who had their wings removed for fraternizing too closely with humans.  But by the end of the book, I couldn't help but wonder if the Grigori were the only angels who were fallen--as a rule, the angels in this book are not the kind, fluffy angels that you find on greeting cards.  They're warriors who kill both humans and each other indiscriminately with their flaming swords of fire.  They have doubts and wonder if they're truly following God's purpose; and they're no better at talking to Him than humans are.

Make no mistake, though--they are definitely not human.  In fact, they show some marked similarities to vampires:

They were deathly pale, almost luminescent in their whiteness, and their features were perfectly symmetrical--too perfect.  Aaron felt as though he were looking at mannequins come to life.

In another parallel to vampires, they treat humans like animals, literally calling them monkeys, and capturing and keeping some for use as servants.  Even these humans are treated like dogs, or worse, and disposed of quickly when they outlive their usefulness.

In other words, the angels in this book, even the "good guy" angels, are hard-core gangsters.  Once they show up, things get pretty intense and the book becomes nearly unputdownable.

I also like the fact that Sniegoski ties the angels to a god, and a heaven, although it's not necessarily a Christian view of either--it's clear that angels in fact have only the vaguest idea of what human religion is and how it works.  But there is a God (I'm going to assume only one) and a heaven and hell, and the angels consider themselves to be in the service of Him.  I actually really appreciated the religious elements in this novel, because come on--they're angels.  You're going to have an entire book about angels and avoid talking about God?  Someone already tried that; it didn't work out well.

So, while I wouldn't call angels the new vampires at this point, I did absolutely love them in this book.  They were fascinating and mesmerizing and dangerous and exciting.  I definitely want to see what they get up to in the next book.


Other opinions:
None that I could find.  Have you reviewed this book?  Let me know in the comments!

*This is an Amazon Associates link.  Do not click if you love freedom.