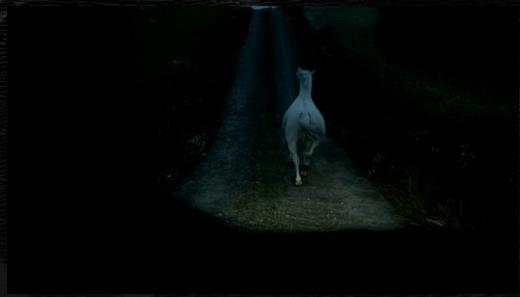 Our favorite pallidly pale detective is back in new episodes of Wallander.  If you don't follow Mystery! (the exclamation mark MUST be included) on PBS religiously, Kurt Wallander is a Swedish inspector who is sad and lonely and grumpy.  What keeps Wallander going?  His daughter and his job--not necessarily in that order.

In Faceless Killers, an old farmer and his wife are murdered.  Before she dies, the farmer's wife whispers something to Wallander, but he doesn't know what it was.  Friend?  Foreigner?  His colleagues leap on the latter, despite Wallander's objections, igniting a spate of hate crime.  Meanwhile, Wallander pursues two other possible leads: the fact that the farmer had a large amount of cash, now missing; and that he had a mistress and son his wife didn't know about.

This was a pretty good episode, although once again the soundtrack is OUT OF CONTROL.  Don't need to be hit over the head with the desolate landscape of Sweden/Wallander, kthanx.  But I do like how Wallander worked his way through the mystery and also the personal journey he goes through in the short course of the 90-ish minutes.

One of the things I found really interesting about this episode was the white horse.  The horse escaped from the farmer's stable when the thieves broke in to search for the money, and appears to Wallander like a vision out of the darkness several times during the course of the episode as it wanders, wild, through the fields.

White horses are often associated with myth and legend--Odin, for example, rode an eight-legged white horse named Sleipner.  But in this story I think the white horse is more like Captain Ahab's white whale: in one way an unobtainable prize, in another god itself.  For Wallander, the white horse represents the sense of justice that keeps him going and that underpins his dedication to his job (and really his life, since his life is his job).  Throughout the story, Wallander pursues justice for the murdered farmer and his wife, but at what cost?  One large enough to make the justice obtained not worth the pursuit?  When Wallander faces the white horse for the last time, he has his answer.

This is hardly light-hearted television viewing, but it is interesting and well-done, and Kenneth Brannagh is simply brilliant as Wallander.  I can't wait to see what happens in the next installment!