Sunday Snapshot is Back from Paris! 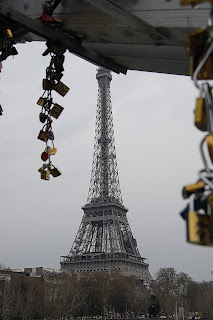 Making Up by Lucy Parker: Giving this author another try.

The Woman in Cabin 10 by Ruth Ware: Very The Lady Vanishes

The Bookstore Bars of Paris on Bookriot

Not del Toro's best movie, in my opinion, but of course still pretty damn good. Not only is it gorgeous to look at, it's about more than just a monster. My only complaint is that the monster was in desperate need of some more character development.

Tbh I wasn't expecting much from this movie, and probably would have never watched it had I not been on a plane and desperate for in-flight entertainment. It was surprisingly hilarious and very weirdly touching! I'd never even heard of The Room before this movie came out, so if you're worried it's just for fans of The Room, don't be. It's really about friendship, following your dreams, and an incredibly strange guy named Tommy. A must-see for anyone who's a film buff.

Not as good as the first Pitch Perfect, but certainly better than Pitch Perfect 2. I'm happy they figured out it's a good idea to have a script before they started filming.

I loved the first Deadpool, but I struggled with this one a bit. The beginning feels very meandery and it takes the script a long damn time to get to the point. But once Wade went into rescue mode it recovered its momentum and humor. I also liked Domino and the twist with Cable.

Up in the Air, starring George Clooney, Vera Farmiga, and Anna Kendrick

My favorite part of this movie were the two female leads, so much so that I thought for a moment it might have been directed or written by a woman! It wasn't, but there are several female characters in this movie who aren't just there for the male lead to lust after, have their own stuff going on, and speak more than three lines! It's kind of sad that's progressive, but hey, I'll take what I can get. Unfortunately this film has no resolution, so even though I enjoyed the journey I kind of felt like it left me up in the air. Still trying to decide if that was on purpose re: the title.

As a side note, I'd like to ask Netflix to stop listing movies like this under the category "romantic comedies." kthnx.

I'm baaaack! Actually I've been back a while, but didn't want to post anything until I'd had a chance to edit some of my pics. But I had a fabulous trip and I can't wait to tell you all about it!

First off, my hotel, the Caron de Beaumarchais, was absolutely wonderful. It was a block up from the Rue de Rivoli in the Marais. My room was super cozy (good luck doing nightly yoga in there), but the shower had plenty of water pressure and the bed was super comfy. It was a surprisingly modern hotel considering the building dates from the 17th century. I would recommend it, although skip the 13 euro breakfast – there's an excellent café, not to mention a Starbucks with free wifi, right down the street.

And speaking of breakfast, a word on budget: you might remember I was freaking out a bit before I left because Rick Steves recommended a daily budget of $140, not including accommodation. Well, he was more or less on the nose with that, not because of museums fees or transportation, but because of food. It's super expensive to eat out in Paris, even if you just go to regular bistros. I had some excellent meals, though (more on that later).

As for travel hiccups, the main one was the train strike, which is still going. The strike was only 2 days a week, but it just so happened those were the days I needed to get to/from the airport OF COURSE. I was planning to spend the last 3 days of my trip in Reims mainlining champagne like a glamorous MFB, but because of the train strike I canceled my B&B reservation there and just spent one day touring a champagne house and walking around the city–which is beautiful, btw–before returning to Paris.

Anyway, pictures! That's what you came here for! 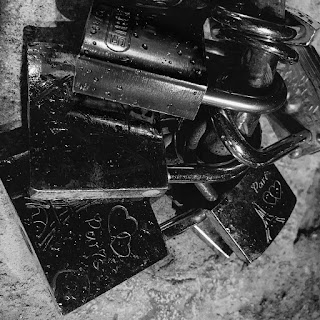 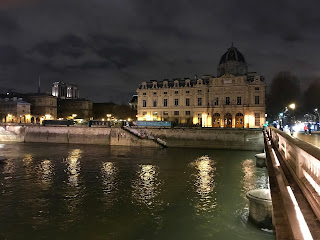 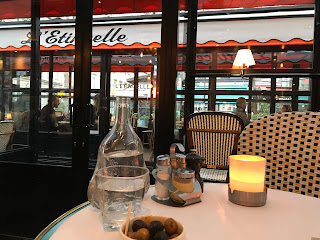 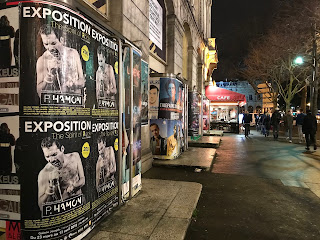 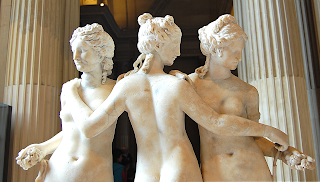 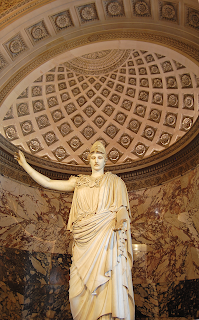 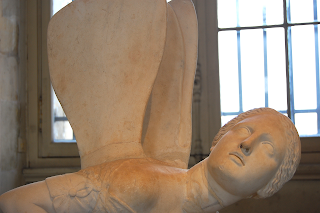 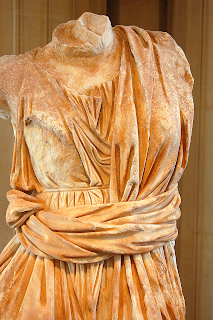 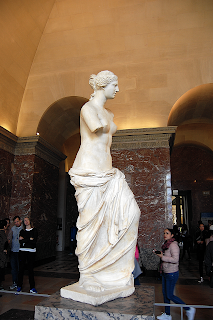 Day 3: Museum of the National Archives 😍, tour of the Marais, and the Centre Pompidou 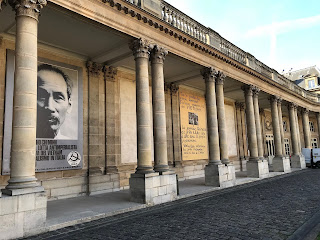 Well, I have to go make dinner now, but I will back with more pics from the rest of my trip, plus some restaurant recs, next week. I promise!