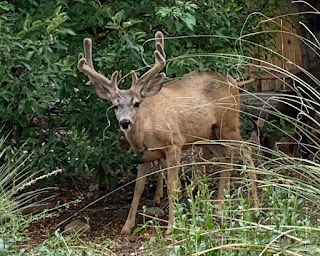 The New Girl by Daniel Silva: Another excellent novel from Silva with the word girl in the title.

How to Quit Like a Millionaire by Kristy Shen and Bruce Leung: The whole investing/portfolio thing is a little over my head, tbh. But some good tips nonetheless.

5 Books to Start You on FIRE (Financial Independence, Retire Early)

I've watched too many movies and if I have to download the posters, this post will never get done. Sorry!

John Wick 3, starring all the people from other John Wick movies


I loved the kung fu/western vibe in this one, although I remain confused as to why John Wick is so determined to get back into the super secret organization that everyone seems to know about when he was determined to get out of it only one movie ago. But it was an improvement over John Wick 2! Can't wait to see where that cliffhanger ending takes us.

Always Be My Maybe, starring Ali Wong and Randall Park


OMG, I love *everything* about this movie. This '90s kid retro vibe, the tension between old and new and working class and wealthy. But really this movie is worth watching purely for the absolutely hilarious Keanu Reeves cameo that is CINEMATIC PERFECTION.

Godzilla: King of the Monsters, starring Godzilla and Mothra


Enjoyable, but about 50 minutes too long. So many great lines, though! "I'm no scientist, but I'm guessing it has something to do with its head growing back." "We're not jump-starting a car here." And of course the ineffable, "SHUT UP, RICK!"


The sort of movie where you can see a bit of yourself and people you know in at least some of the characters. I was worried this film was going to be a downer or just ugly, but it was actually a sensitive-but-honest look at female friendship and getting older. Worth streaming.


I love the concept of this movie, and there were a lot of cute, funny, and sweet moments. The scene where Jack and Ed Sheeran get into a song write-off (which I think about whenever I hear The Long and Winding Road now) is still making laugh. That said, I have some issues with the ending and I feel like this movie is crying out for a deeper look at the music itself and why the Beatles' songs are so great, not just "Hey it's by the Beatles, so of course it's genius!" I mean, for all we know, the Beatles didn't write their own songs either, they were just the last four people on earth who remembered someone else's music. lol


A really fascinating look at the town of Bisbee, Arizona, set around the anniversary of the Bisbee Deportation of 1917. Prompted by a labor strike, about half the town was rounded up in a baseball field and eventually corralled onto trains, dropped off in the middle of the New Mexican desert, and told never to return. The Deportation literally tore households apart and set brother against brother. And, 100 years later, for some reason Bisbee decided to recreate the event. A super relevant documentary for today and highly recommended.


What can one say about a movie whose plot centers around giant man-eating gators? You're either going to see it or you won't. If you do, you won't be disappointed.


Reminded me of Baby Driver in that it's ostensibly a thriller about organized crime, but is really a movie all about the music and wrapped up in a love story. I enjoyed it!


The sort of movie you forget you've watched. lol But overall charming.


And you thought 41-year-old Matthew Goode was handsome.

The Space Between Us, starring Gary Oldman and some young people


Aside from the unnecessary, 40-minute prologue and the absolutely terrible ending, it was great.

Once Upon a Time in Hollywood, starring Leonardo di Caprio and Brad Pitt


Self-indulgently long, but I totally want to live in this movie, so. Awesome soundtrack, set design, script (best line of the movie: "Don't cry in front of the Mexicans."), performances, everything was on point. Would watch again, immediately. 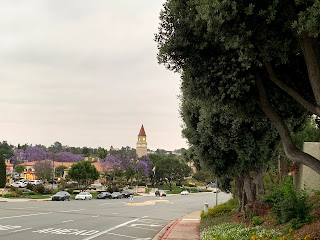 Only a few weeks off this time. I'm improving! Work this summer at the college has been crazy, but things are settling back down to normal. I'm planning to take a class this fall (Italian 101) because free classes is one of the perks of the job and one of the reasons I decided to accept the position. Hopefully the ol' noggin is still capable of learning and retaining information. 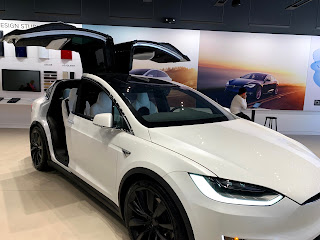 In June I went to a conference in San Diego. I didn't get to see a lot of SDCA, but it looked like a beautiful place. I did get to see a Tesla, though! 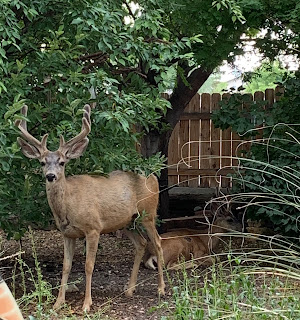 We also got a visit from a trio of deer last week. They came into the yard to eat the sour apples off our tree. They were super close! 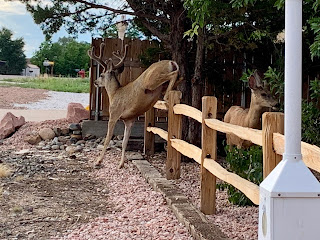 As for how the rest of my summer is going, it's been pretty quiet. I haven't had time to read a lot of books or go on any other trips. The best book I've read all summer is probably The New Girl, which I haven't even finished yet (but almost!).

How about you? How has your summer been going?