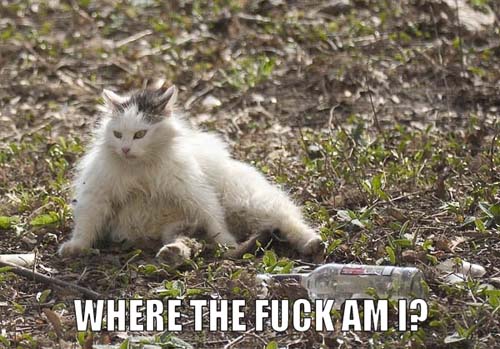 You probably haven't noticed--or maybe you have--but not much has been going on with the blahg lately. There really is no excuse. I'm busy with work, but not any busier than I usually am this time of year. I am reading, and even writing posts; I just obsessively edit them instead of posting them. Like I said, there's no excuse. Oh well! I'll get around to posting eventually.

So aside from me neglecting my blog, what ELSE has been going on?

Rereading--After reading two great posts at Medieval Bookworm and Angieville about rereading, I recalled that I'd resolved to reread more almost a year ago. That's not going terribly well (although I did cull a lot of books from those stacks and donate them to the library). Yada yada yada, I spent an entire morning yesterday counting all the books I have already read on my shelves. 259, in case you were wondering (not including the books on my mom's shelves, haha). That means I have 1/259 books reread. Yay!

eBooks--In related thoughts, I'm beginning to question how much investment I should put into eBooks. Because when it comes down to it, if given the choice I want to read paper. Maybe I'm old. Maybe I'm hopelessly anachronistic (considering I majored in art history, this is highly likely). Aside from the fact that eReaders aren't cuddly like paper books are, it feels like books take longer to read on eReaders. Plus I enjoy the physicality of books and rifling through pages.

That being said, eReaders are really convenient. And I like the fact that I can download public domain books to read now. So I'm not going to stop using them completely, by any means, but I think I'm going to consciously cut back on those impulse eBook purchases that I never get around to reading anyway.

Librivox--Speaking of books in the public domain, I have become totally addicted to Librivox recently. If you're not familiar with Librivox, it's a site where you can download audiobooks for free. It's way more user-friendly than Project Gutenberg because the people who create the audiobooks actually have to read them, so they provide summaries and even covers! Whenever I go on Librivox I end up downloading a random book that sounds interesting--The Faerie Queene (review here), for instance, was a chance download I loved; and right now I'm listening to Beasts, Men and Gods, which is the memoir of a scientist who escaped Bolshevik Russia by traveling into Mongolia, India, and China, before making his way to the US and seeking political asylum. It was described in the summary as, "an account of an epic journey... in the mold of The Lord of the Rings. The difference is: it's all true." Who can resist a hook like that? Not me. 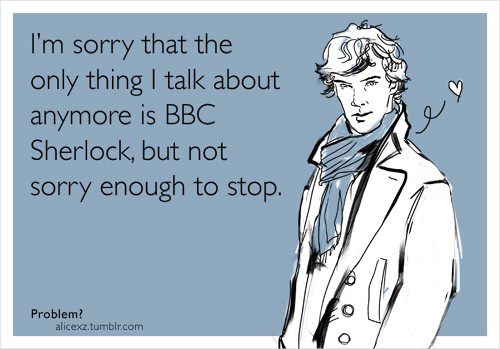 Sherlock--I am obsessed with this series. I mention this for the sole excuse of posting the above picture. My friend Ruth from Booktalk & More has a great recap of the first second series episode, "A Scandal in Belgravia," where she takes issue with the portrayal of Irene Adler in the show. I have to say I really agree with her--although I enjoyed the scene where Irene confronted Sherlock naked, it felt like she was gratuitously hypersexualized. In the story (which is one of the few Holmes mysteries I've enjoyed), even though Irene doesn't say more than a few words, she is presented as an equal to the men-folk in intelligence, and not just as a sex object. The appeal of Adler and Holmes' interactions is in their intellectual connection, not necessarily THE SEX, so turning her into a dominatrix felt over the top. What did you think?


Those are the bookish thoughts that have been floating around in my head lately. I hope you all have a nice Mother's Day--and if you're looking for a perfect brunch drink I highly recommend strawberry-gin cocktails--refreshing, easy to make, and you can drink 2 or 3 without getting drunk. Cheers!