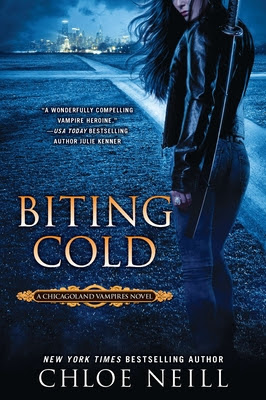 <<This review may does contain some spoilers, especially for the previous books in the Chicagoland Vampires books.>>

Merit--a grad student in English lit who was turned into a vampire against her will and now wields a katana--and Ethan, her sexy and doubly-undead sire, are on the trail of the Maleficium, an evil book of evilness whose powers Merit's former bestie wants to unleash on the world. But Malory isn't the only person who wants to use the Maleficium; so does former Chicago mayor and crazy person Seth Tate. But for what?

The only reason I wanted to read Biting Cold after Drink Deep (review here) was because I wanted to find out if Ethan was a zombie. I was totally rooting for Zombie Ethan. Unfortunately, he's NOT a zombie. WTF? Total wasted opportunity there. I'm still watching him though. You never know. 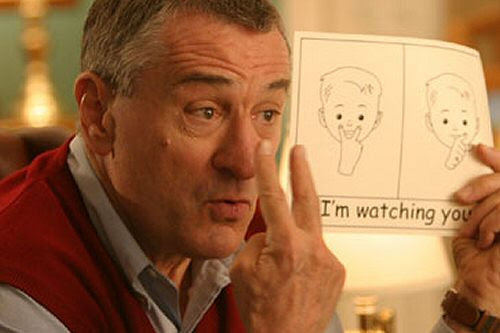 Now that we have that linchpin issue out of the way, let's move on the actual book. Overall, Biting Cold is actually better than Chloe Neill's last few books in the Chicagoland Vampires series. The beginning, where Ethan and Merit are traveling together to Nebraska, is pretty strong--Merit and Ethan have great chemistry, and Neill really sucks you straight into the story. That being said, even in this part of the book, there are so many things that are just too convenient for belief. Why are Tate and Mallory waiting until after sunset to look for the Maleficium? Considering Merit and Ethan are dead to the world (har har) during the day, wouldn't it make more tactical sense to try to take the Maleficium while they're asleep? And why does Tate announce to them that he's going for the book--just so they have more time to prepare for fighting two sups instead of one? Awfully nice of him.

Then they go BACK to Chicago, and it's kind of like in Pirates of the Caribbean when the pirates go back to the island and you're like, "Uhg, really? You couldn't have just wrapped up this movie the first time you were on the island?" It feels liked the story takes a gigantic step backward, and as if my time has just been completely wasted. Why didn't Ethan and Merit stay in Chicago and phone the fight in? It would have ended exactly the same way if they had.

As I said, Biting Cold is better than the previous two books in the Chicagoland Vampires series--the food mentions are kept under control, there's more of a plot, and the conversations don't run in circles--but I think this might be my last read in the series. It seems as if there is absolutely no character consistency anymore, and they do whatever is convenient for story. As a result, I don't really care what happens to them (except for Morgan, of course). Oh well.