The Phantom Versus Erik 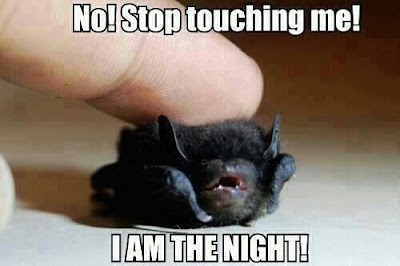 Nymeth had a post a few weeks ago asking if there were any books you love that make you feel like you were part of a secret club with other people who love that book. At the time I drew a bland, but later I realized I kind of feel that way about The Phantom of the Opera by Gaston Leroux.

For one thing, only people who've read the book know who Erik is. For another, I believe that Erik is one of the best characters in literature, but the qualities that make him fascinating never translate to the musical or film adaptations.

The first difference between Erik and "the Phantom" can be seen in their names. Erik is a specific person, a genius who invented ventriloquism, designed a sultan's palace, and entertained a sadistic princess. The Phantom is an idea, a terror that shadows the Opera's rafters and subterranean labyrinths.

The Phantom is clever, mischievous, and threatening. Erik is a psychopathic and terrifying.

Erik also inspires ALL THE FEELS. Pity and admiration, love, fascination, disgust, and horror. The Phantom, while fascinating, doesn't engender the same reaction. I mean, I feel sorry for the poor guy, but it's kind of his own fault.

When it comes to the Phantom and Christine... it's sad, but was she really going to live beneath the Paris Opera with him? No. With Erik, it's more complex. Yeah, he's kind of a psycho and unattractive; but he also clearly loves Christine, putting her happiness above his own. In the end, Erik is a hero while the Phantom is a figure of tragedy.

Do you know Erik?