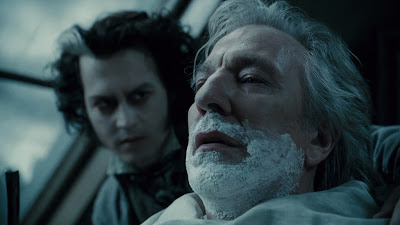 It's officially the holiday season, which means it's time for another installment of favorite not-holiday movies! Last year, I discussed how I really like to watch movies during the holidays that have nothing to do with Christmas, but I think they do, because I guess I don't understand 'Christmas movies.' This year, there's a new crop of must-see not-holiday movies I'm adding to my watch list!
Now that I think about it, a lot of my favorite not-holiday movies have several things in common, namely: 1. man candy, 2. lots of special effects, 3. a dark story, 4. spooky or violent plot elements, and 4. British accents.

What are some of your favorite not-holiday movies?