Peter Blood is a peaceful country doctor, until he's arrested for coming to the aid of a wounded Monmouth rebel. Convicted of treason, he's shipped off to Jamaica as a slave. But Peter Blood isn't fate's bitch--he arranges an escape and becomes a pirate captain!

After I read Captain Blood (see my review at Project Gutenberg Project), everyone--by which I mean Ruth from Booktalk & More--wanted to know if I'd seen the movie. Well, I hadn't, but during an attack of the insomnias, I decided to give it a try. It was kind of strange watching Captain Blood after reading the book; usually I can separate a book and movie in my mind, but in this case it was almost like the book had come to life. It creeped me out a little, actually, but this movie is really really solid and sooo much fun. 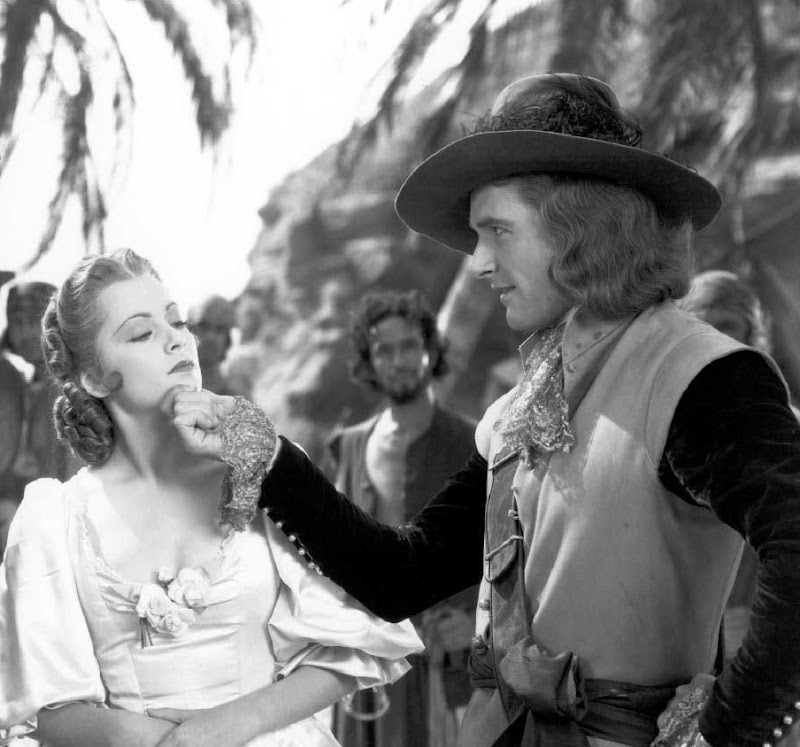 The hat definitely needs to be bigger.

First of all, the performances--can a more perfect person to play Peter Blood exist other than Errol Flynn? Talk about dream casting! He seriously IS this character. And Olivia de Havilland does a fabulous job of playing Arabella--she actually makes her almost completely not-annoying! Her and Flynn have amazing chemistry together. I loved all their scenes. Basil Rathbone deserves a mention for coming up with a very silly French accent.

Second of all, the cinematography: I loved the use of shadows in this film, it was so fun and super creative. The battle- and sword-fight scenes were also perfectly shot with original cuts and framing to put you in the middle of the action. Did you know Captain Blood was nominated for Best Picture, and Curtiz almost won for Best Director just through write-in votes? So totally not surprised by that. 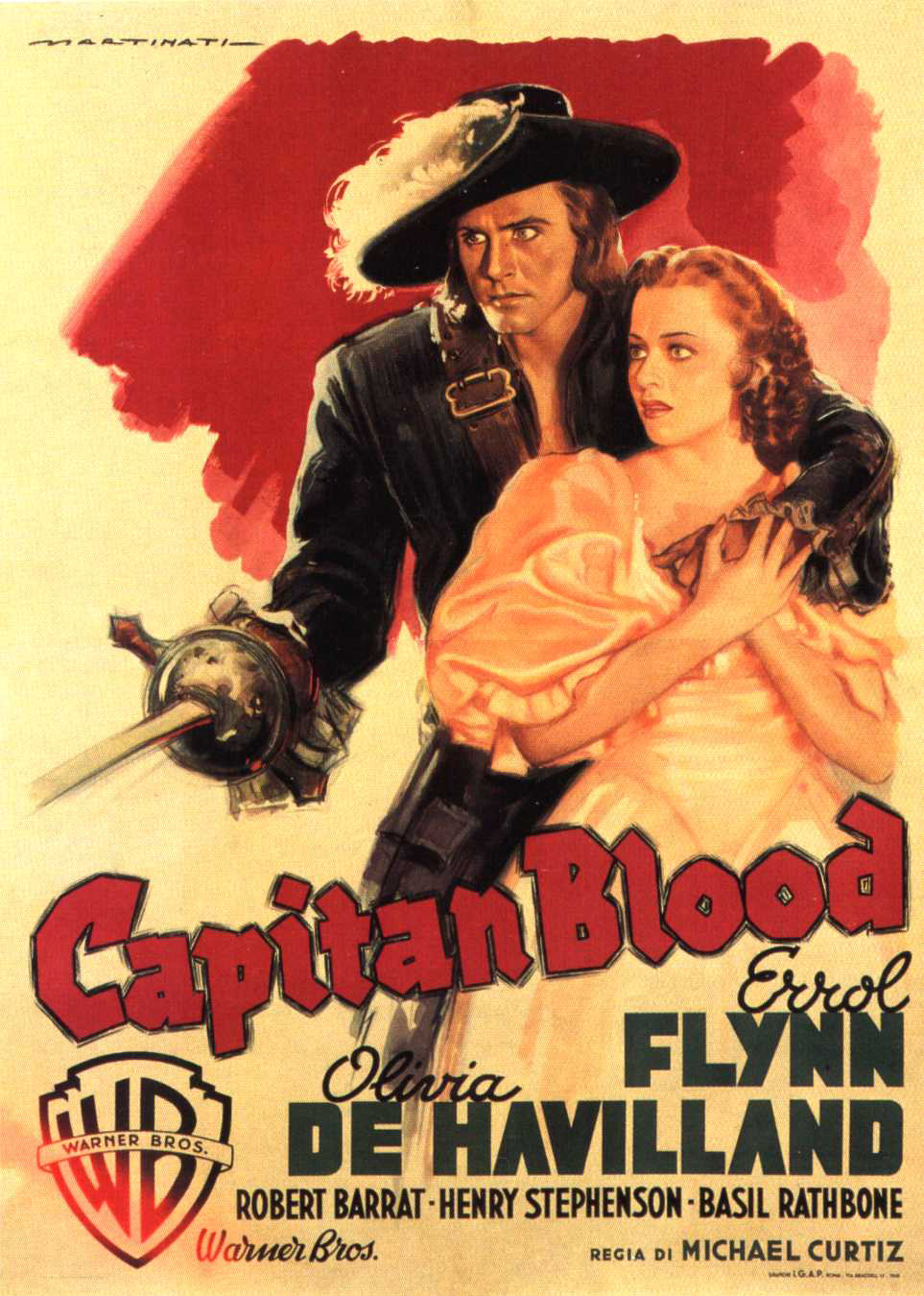 The movie is a little too long, and the plot becomes quite garbled near the end, but who cares. Sword fights! Pirates! Hats with feathers! Do you honestly need a comprehensible plot with all that going on? I know you don't, because you went to see the last Pirates of the Caribbean movie. And Captain Blood is much better.

I think I've actually talked myself into loving this movie. LOV-ing. I seriously cannot stop thinking about it. I definitely recommend checking it out.
at 1:13 AM