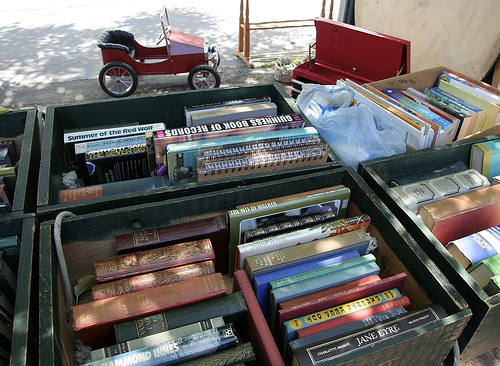 Ever since Angel Month concluded, I've been feeling at loose ends about what to read.  Despite the fact that I spent at least 2 of the four weeks whining about how sick I was of angels, without them I couldn't manage to focus on a single book.  I spent most of the entire week starting and quickly tossing various books, such as:

Captive of Sin by Anna Campbell

At first this was a fun book because it takes place in winter, and it was very wintry outside.  I also thought (and still think) Gideon and Akash are both interesting characters.  But the rest of it was just so clichéed, I couldn't stand it.  What's wrong with me?  I usually eat this stuff up, clichéed or not.

Shinn is unquestionably a great writer, and wrote one of my favorite books of all time, Archangel.  I hadn't tried out her YA novels yet before Gateway, though; and I'm not likely to again.  The concept was interesting--modern St. Louis teen is transported to China (seriously, China has got to be the hot new thing these days. Move over, Japan)--but the beginning was so incredibly slow and, again, clichéed.

The Little Book by Selden Edwards

Okay, I haven't officially given up on this book yet, but it's getting close.  I picked this one up at the library because it purported to be a time-travel novel about Nineteenth-Century Vienna.  Awesomesauce (The Illusionist, The Illusionist, The Illusionist).  The beginning started off really well, but it quickly became meandery due to the fact that we're given loads of unnecessary backstory about everyone.  I'm wondering if it's worth continuing--I would like to think so, but the main character is too wacky to be believable.

Harry Potter & The Goblet of Fire by JK Rowling

The only book that I've been able to stick is HP & The Goblet of Fire.  I freaking love this book!  I started off on audiobook, but had to switch to actual reading because my attention wanders too easily when I'm "listening."  Damn attention!  To repeat:  what's wrong with me?

Which leads me to...

Around the time of Gateway, I started feeling a bit despair-ish and decided my problem was my TBR pile.  Yes, my TBR pile!  Now, we all love having books to read, but there comes a point when the unread books start stressing me out.  And that point is when I can no longer sit in my favorite reading spot, the two-foot space between my bed and bookshelf, which was literally crammed with books.  I couldn't even step in that area anymore, let alone sit!  So I did a book purge, taking out all of the historical romances and urban fantasies I'd collected, except for the ones I still actively wanted to read, and donating them to the library.

You may gasp with horror, but I have to say I do feel a lot better now.  Sure, this whole thing may have been a transfer of frustration for three books I couldn't finish onto my entire stack of unread books, but at least I can read in my itty-bitty reading nook now.  The two-foot space has become a one and a half-foot space due to the fact that there's still books piled next to my bed, but that's okay.  It's kind of like sitting in a miniature library.

Hopefully, the book purge will take care of this urge I have to READ EVERYTHING very quickly, and I can settle into a book again after I finish HP&tGoF.

How's your reading going this week?