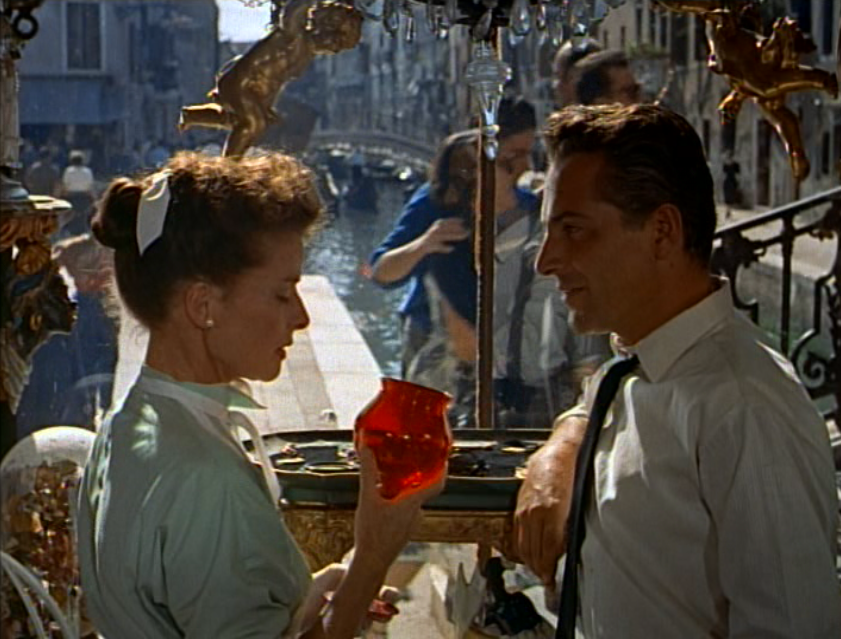 Camera in hand, spinsterish Jane fulfills her lifelong dream of traveling to Venice.  But despite the fact that she's in beautiful Venice and has a great wardrobe, she's sad and lonely until she meets a swarthy Venetian antiques seller and both he and the city overcome her pride... so to speak.  But alas, all vacations must come to an end, and Jane returns to Akron, Ohio.

This is definitely not one of Katharine Hepburn's better movies.  Thinking, "Oh, I've never heard of this one before"?  Well, there's a reason.  Trust me.  The entire movie is simply an excuse for Lean to film Venice--which would be fine, honestly, if he showed us anything original.  Instead, it looks and feels like one of those prepackaged travelogue movies that use stock footage--Grand Canal, St. Mark's Square, St. Mark's Square, Murano, St. Mark's Square.  You can probably get more interesting views of Venice from watching Rick Steves' Europe.

As for the script, it's a mess.  Every conversation and plot development feels totally random.  Hepburn is way too old to play The Frightened Virgin, and her personality doesn't really suit the role, either.  There were times when it felt like she was in a completely different movie... a good one.  In other words, she took the role way too seriously and it felt over the top.

I lol'd my way through the romance between her and Italian Guy, especially seeing as how she fell in love with him in a day, he was married, and her vacation lasted a week.  I'm sure she'll be scarred for life from leaving her luhvahr. /sarcasm  I did have to admire Italian Guy's argument in favor of their having an affair despite the fact that he was married with four kids, though, which went something along the lines of, "I'm a man, you're a woman.  We're attracted to each other.  Why do you care about my wife?  Maybe if I was rich you'd care about me!  You Americans are all alike--so uptight, you don't know how to enjoy life the way Italians do."  Uh-huhhhhh.

I really would not recommend this movie.  I laughed, but not at any of the parts that were supposed to be funny, and the last half hour seriously tried my patience.  There's got to be better Venice movies out there. 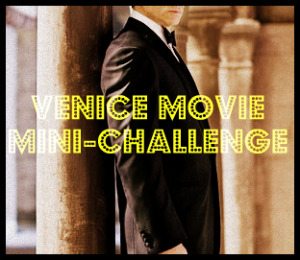