The Iron Duke by Meljean Brook 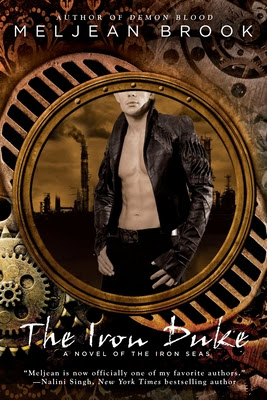 Musical Notes: "I Want You So Bad I Can't Breathe," by OK Go

Steampunk, woe is thee. This is the second steampunk book I've read and the second one that I felt was a let-down, although certainly not in the same way Soulless was. With Soulless, the romance was the only part of the novel I enjoyed; with The Iron Duke, the romance was ridiculous and really spoiled the entire thing for me. Which is a shame, because as an adventure novel, this one was pretty hot, with tons of bigger ideas working their way through the world Brook has created.

Inspector Mina something-or-other is at a ball (whyyyy do these things always start at balls?) when she receives a report that a body has literally dropped out of the sky and landed on the doorstep of England's greatest hero, the Iron Duke. No, it's not the Duke of Wellington--it's Rhys Trahaearn, a former pirate captain who single-handedly tore England out from the grip of the wicked Horde invaders. Rhys becomes obsessed with making Mina "his" almost immediately after meeting her, and meanwhile they have to travel all over the place on air ships to solve the mystery of the dead body.

Neither Mina or Trahaearn are fully realized characters, and their "romance" feels completely inauthentic to the story. If you're looking for the type of book where relationships feel like they develop and progress organically, do not go here. Rhys is consumed with possessing Mina almost from their first meeting, and Mina is equally determined not to let him--as for the why behind either emotion, I have no idea. Rhys becomes completely stalkerish, and yet we're given no insight into his attraction. As for Mina, she was even more annoying--she calls Rhys "immoral," even though there is absolutely no sign of even a hint of immorality about him; she says a relationship between them could not work, but never tells or shows us why; she refuses all sexual contact with him even though she is attracted to him because she had one medium-bad sexual experience with a woman twenty freaking years ago (does she have no sense of curiosity?); and then magically, at exactly the 2/3rds mark, she changes her mind and decides to sleep with him anyway.  And has zero issues.  Except they still can't be together because...? It's like an editor said, "Have them kiss 1/3rd into it, fuck 2/3rds into it, then have x y and z happen, and don't let them get together until the very end because we need to keep people interested." 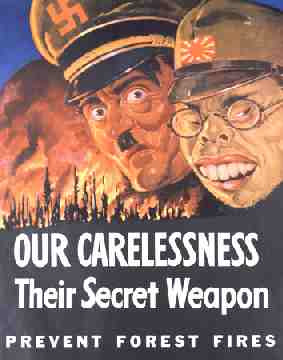 If the manufactured romance had been taken out of it, this novel would have been much more successful. I like the world Brook created, which is more of a technological steampunk than a literary steampunk (as we saw in Soulless). It's incredibly visual and also very political. The Horde (whose name was obviously inspired by the Mongol Horde) is described as Asian in appearance, although Brook never comes right out and says this. In the press, Horde are visualized with the same stereotypes that Japanese and Chinese people were in America during WWII, and Mina faces a lot of racism because of her Horde appearance (yet never from Trahaearn or his associates, again no explanation given). There's also an undercurrent of political and social commentary that goes beyond the Horde: at one point the characters discuss how cigars are addictive and bad for your health (don't smoke kids!); they discover a weapon with atomic bomb-like capabilities that political figures want to use to wipe buggers, or "non-pure" humans, off the map (don't commit genocide, kids!); and Trahaearn goes into a rant about how politicians who don't do anything to help their constituents piss him off (don't elect republicans, kids!). There's also something about women being allowed to marry, but that was just confusing and kind of pointless.

When the action scenes were happening, the writing was simply great. There are naval battles, fights with zombies, and riots in the street. Those parts were very exciting and riveting. But it's a long walk to get to these gems, a very long walk through bad editing, extremely awkward sex scenes, and characters behaving in a way that makes no sense except as an obvious convenience to whatever plot Brook thinks she's leading us through.

Basically, I'm just really pissed the romance sucked. It makes me feel like I wasted my time on this novel; not to mention that the more I think about it, the more I can see massive kraken-sized holes in the plot. If you can read this book in one sitting, you'll probably enjoy it, but don't take a break to think through what's actually happening in it.