Married By Morning by Lisa Kleypas 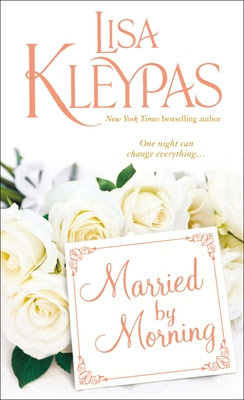 A secret: I'm a total sucker for romances where the hero and heroine fight all the time. I don't know why; in real life, I absolutely hate conflict. But books where a couple expresses their love with petty arguments? That's full of win.

Leo Hathaway and Catherine Marks have been at odds since Marks was hired as a sort of social governess for Leo's younger sisters, Bea and Poppy. Naturally, the pair's constant bickering hides a deep-seated attraction that both are determined to ignore for their own reasons. But after Leo discovers Marks has a secret past (and blonde hair), he starts pushing their relationship in a new direction.

Leo is such a great character. He's kind of studious and creative, being trained as an architect, but also has a dark side (naturally! what would a romance hero be without a dark side, amirite?). We first met him in Mine Till Midnight, where we learned his spiraling depression and erratic behavior were due to the fact that his fiance had died of scarlet fever. In Seduce Me At Sunrise, Leo went to France with his sister, Win, and seemed to calm down a bit. Thanks to his inheritance of an earldom, Leo returned to England as a very eligible bachelor and was loathe to denounce his rakish rep, which only annoyed the uptight Catherine Marks. As becomes clear in Tempt Me at Twilight, however, Leo enjoys annoying Marks far too much.

For much of the last two books, Leo's behavior as a rake has annoyed and perplexed me. I couldn't reconcile the Leo we met in Mine Till Midnight with the one who emerged after he gained the earldom. Somehow, though, Married By Morning resolved this dichotomy in a way that made perfect sense to me. Leo actually went to a much darker place than I had previously assumed, but now he's more or less pulled out of it and is ready to find the love of his life, i.e. Marks.

Married by Morning starts almost at the same time Tempt Me at Twilight ends, with Leo learning Marks is actually Harry Rutledge's--Leo's new brother-in-law--half-sister. Apparently he thought she'd emerged fully formed from someone's forehead, like Athena, but no; at one point she actually had (very irresponsible) parents and was a mini-Marks. Marks drives Leo to distraction and they wind up kissing, something that perturbs them so much they promise never to speak of it. But subsequent encounters between the two only bring them closer together, and the skittish Marks starts trusting Leo. It's only one step from that to her actually being nice to him; and pretty soon they're having teh sex.

Added to this is the complication of the previous earl's wife wanting to take over the Hathaway's house unless Leo marries and fathers an heir by the end of the year. This whole "plot" thing is really kind of unnecessary, but whatever. 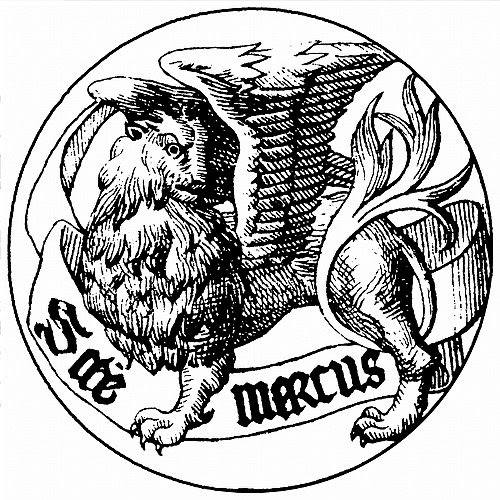 For the most part this book is just delightful. I enjoyed Leo's and Marks' battle of wills (great play on words with these characters' names, by the way--St. Mark's symbol is a lion), and as always I loved catching up with the Hathaways. The encounters between Marks and Leo felt like they progressed organically and were entertaining to read. Ultimately, though, I started to get annoyed at Leo because he became über-controlling in the second half of the novel. He wouldn't even let Marks drink her own champagne at one point. Then there was the whole silliness with the plot that made the conclusion drag on. I can understand why Kleypas included the plot, but it could have been better integrated into the story.

Overall though, I enjoyed this book to a surprising degree! It's been so long since I read a historical romance I can say that about, I'm doubly pleased that I picked this up after Meghan from Medieval Bookworm reminded me (via her review) that I wanted to read it.  I can't wait for the next Hathaway book to arrive so I can dig into it. Definitely a worthy entry in the Hathaway family series!