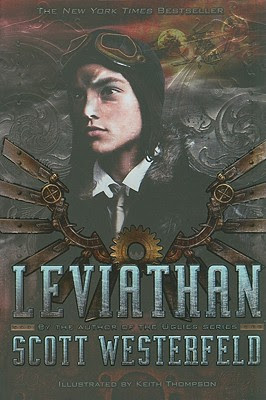 I'm currently reading Leviathan by Scott Westerfeld, where one of the main characters is a girl pretending to be a boy so she can join the Royal Air Whatever (Brigade?). Fortunately she has a brother to show her the ropes. His major tip on not giving her status as a vagina away?


Last night Jasper had demonstrated how a proper boy checked his fingernails--looking at his palm, fingers bent, whereas girls looked at the back of their hands, fingers splayed.

Um, yeah. That's the way to prove your manliness--checking your fingernails! Where do people get this stuff?

The weird thing is, I've come across this before. It was in an MG mystery I read when I was about eight or so. The detective knew the male criminal was disguising himself as a female because he checked his nails palm-in. So women are wired to check their nails a certain way? Give me a fucking break.

First of all, it's totally untrue. Google image search "checking nails" if you don't believe me. In fact, here is a photo of model Vena Cava backstage, with long nails and a manicure, checking her nails the "manly" way: 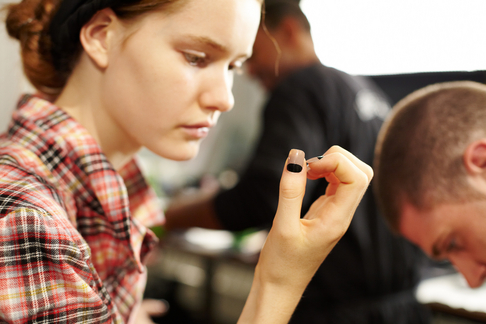 But whether it's true or not (it isn't, so stop staying it) isn't the real reason why statements like this bother me: it's because people assume they're true, and then those ideas became justifications for notions of gender essentalism. Men behave one way, women behave another--ergo, if you act the latter way, you MUST be a man, or vice versa (see detective story, above).

And yes, this goes for stupid and inconsequential things like checking nails, too. Maybe even more so, because no one bothers to question the implications of nail-checking stereotypes, does one? Yet eventually assumptions like this are repeated as fact by such lovely organizations as Choosing the Best, an abstinence-only sex education program in the US known for its gender bias (Legal Momentum).

Here's an idea: maybe we could not fall back on these archaic notions of what men and women "are" and how they behave and instead just treat people like people? I know, I'm wasting my breath. But hopefully at the very least we can stop repeating this nail checking ridiculousness.