Review(ish): BECAUSE YOU'RE MINE by Lisa Kleypas 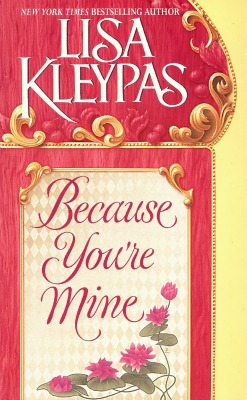 Five reasons why you should read this awesome historical romance:

Because You're Mine isn't one of Kleypas' best novels--they are a few too many convenient plot devices and sometimes Logan's decisions don't make sense--but it is one of her (many) keepers.
at 1:30 AM