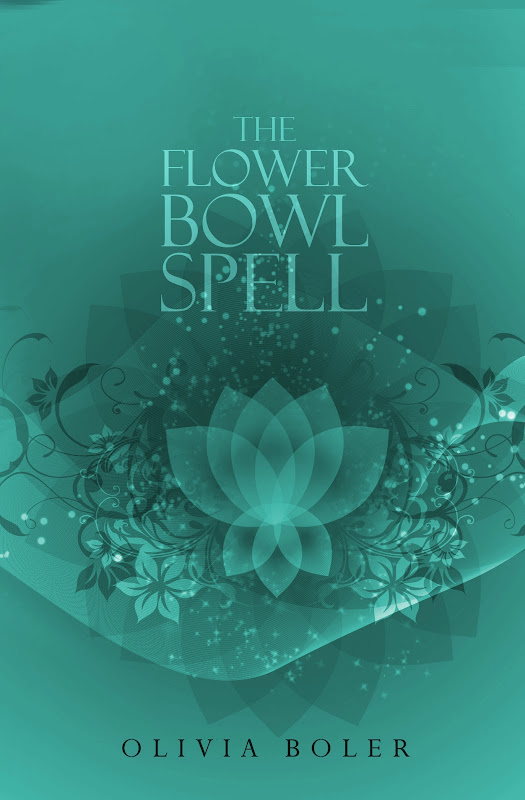 Memphis Zhang is a journalist/dog walker living in San Francisco who can see fairies and do magick--even though she chooses not to. When she meets the older brother of a long-deceased friend, however, Memphis' past starts coming back to haunt her in a big way. First a woman she knew passingly when they were both children drops her kids off for indefinite babysitting, and then the older brother--who just happens to be an attractive rock star, win--invites her to go on tour with him. It's only after Memphis agrees that she begins to suspect some rotten magick is afoot.

I am a sucker for books about witches. A book about a witch set in San Francisco, with a rock star to boot? I'm all over that. While I did like a lot of individual elements in The Flower Bowl Spell, it didn't quite come together for me.

For the most part, this is due entirely to the way the story is told--I felt like this book might have had a great story arc, but the plot doesn't get going until you're halfway through the novel, and before that it seems like every five pages more backstory pops up, which slowed The Flower Bowl Spell down considerably. When major plot developments do happen, it's difficult to tell if they're important or not because the pacing of the novel is pretty much set at one speed. It could--and probably should--have been edited down by about a fourth.

Even with the slow pacing, though, I have to say that, thanks to the writing style, I wasn't bored--just impatient. Once Memphis goes on tour with the rock star's band, things pick up. Admittedly, this might be because the rock star--whose name is Tyson--was the only thing I cared about in this novel. Memphis' regular boyfriend, Cooper, is a creeper. You can tell because he used to be her high school French teacher. Not to mention that Tyson is a ROCK STAR! I loved every minute he was on the page, even when what was going on made zero sense to me.

There's more to this novel than Tyson, though--a lot more, and while it's interesting and not formulaic, sometimes it doesn't seem to lead anywhere. I can't help but compare The Flower Bowl Spell to A Discovery of Witches (review here), another novel I read recently about a witch trying to lead a normal life. Both books have similar problems, but I think I prefer the writing style in The Flower Bowl Spell. I also like the main character of The Flower Bowl Spell, Memphis, and find her more believable and mature than the heroine of Discovery.

The Flower Bowl Spell isn't perfect, but it is unique. Where else are you going to find a novel that has fairies, witches, French restaurants, rock stars, and a Chinese-American heroine? In a lot of ways I think think The Flower Bowl Spell is an ideal candidate for self-publishing, because it doesn't easily fit into any genre but is definitely worth checking out.


Thank you to the author and ABG Reads Book Tours for providing me with a copy of this book for review!

If you would like to win a copy of The Flower Bowl Spell, please fill out the form below or go here. Contest runs from June 11th-15th and is for eBook copies only.