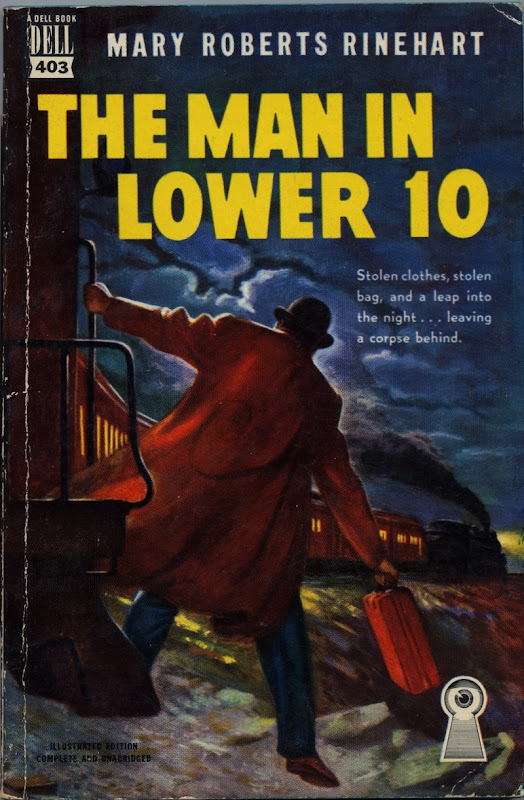 Today for Book Blogger Appreciation Week, we're pimping out books we read this year that need more buzz. As some of you might know, I also have a classics blog called The Project Gutenberg Project, where I've reviewed a lot of terrible books. But also some really great ones! One of my favorite books of the entire year is The Man In Lower Ten by Mary Roberts Rinehart. Basically, someone is murdered on a train, and a lawyer named Lawrence Blakely is accused of the crime. Since he's innocent, he has to find out who really did it and clear his own name.

A few snippets of reviews:


Reading this has made me remember what a good story-teller [Mary Roberts Rinehart] was. In spite of a lot of dated elements, the story has such a contemporary feel that I kept forgetting it was written over a hundred years ago. Definitely a fun read. --A Little Reading

As in The Circular Staircase, you’re given a lot of clues, but in The Man in Lower Ten, they mostly come at the beginning. and instead of the chaos spawning more chaos, it’s slowly put into order. Also, it’s a train murder story — and there’s something about those that always gets me — but not just a train murder story. Actually, it might be the first train murder story.... --Melody at Edwardian Promenade

I especially recommend The Man in Lower Ten (1909), with its Hitchcockian plot of a bored, staid lawyer who becomes immeshed [sic] in murder on a train and a particularly hilarious take on the amateur sleuth. --The Bunburyist

I agree with all of these statements. The Man In Lower Ten is a great, entertaining mystery that reminded me of a Hitchcock movie and feels surprisingly modern. Rinehart has a tendency to overdo it with the plot, but with The Man In Lower Ten that's less bothersome because the mystery is pretty much established at the beginning and the rest of the novel is about Lawrence and his best friend, Richie, getting into some hilarious scrapes. For more details, you can see my review at PGP. 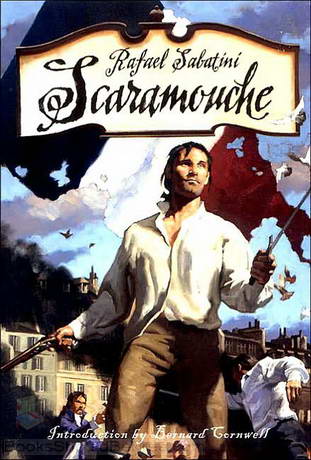 I'm also just a tiny bit obsessed with Scaramouche by Rafael Sabatini right now. I think I'm getting it under control, though--I only mention this book two or three times a day. Scaramouche is a coming-of-age revenge tale set during the French Revolution. How can you possibly dislike that? If someone (for whatever reason--work with me here) came along and was like, "There's an opportunity to live in this book called Scaramouche; interested?" I'd be like, "FUCKYEAHSCARAMOUCHE!"


From the wonderful opening line of this 1921 novel by Rafael Sabatini (“He was born with a gift of laughter and a sense that the world was mad”) I could tell I was going to love Scaramouche! And I did – it’s one of the best books I’ve read so far this year. --She Reads Novels

At their best, Sabatini’s books are full of snarky gentleman heroes, beautiful, boyish, ridiculously gullible girls, and lots of swashbuckling. And Scaramouche is definitely one of his best. --Redeeming Qualities

[Sabatini]'s an author that deserves to be re-discovered. --Alex at Project Gutenberg Project

There aren't a lot of reviews of Scaramouche around, and I think that's because it's a very difficult book to review--I know I struggled with it, at least. The novel feels very straightforward while you're reading it, but once you finish you realize how complex it is and how little you can write about without spoiling the story. Suffice it to say, Scaramouche has everything you could ever possibly want in a novel. EVER. Including a kick-ass opening sentence that sets up the rest of the story perfectly. For more details, check out my review at PGP.

And hey, did you know you can get both of these books for free? Even the audiobooks? That's because they're SO OLD no one wants to read them anymore. But they should be read, because they're awesome.