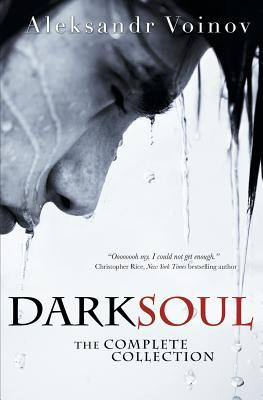 Gay mafiosi. They're right up there with gay cowboys. The Dark Soul series--consisting of five novellas--has been receiving quite a bit of buzz on the webbernets lately, and I wanted to read it because it sounded similar to Manna Francis' Administration series (reviews here), which I love. While Dark Soul is certainly intense, it doesn't come anywhere close to the Administration series in terms of writing and characterization. Honestly, I thought it was utterly ridiculous.

First of all, the sex. That's what you pay your money for, right? Dark Soul is one of those series where every story is merely a thinly-veiled set-up for the kinkiest sex scene the situation can plausibly allow. It's kind of porntastic.

I wouldn't have minded that so much, though, if the sex scenes were hot; unfortunately, they were REALLY awkward. There was definitely a titillation factor, but it never went beyond that. All right, there were times the sex scenes went beyond titillation and into eye roll territory (incest, really? Give me a fucking break). Maybe I just wasn't interested because I kept picturing the characters as looking similar to the guys on The Sopranos, but what else am I supposed to do with a bunch of Italian gangsters, hmm? 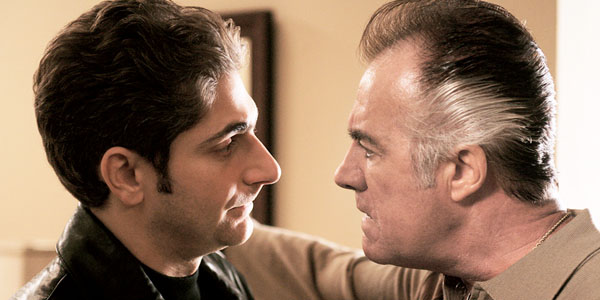 If the thought of Christopher and Uncle Paulie getting together causes your brain to bleed out through your eye sockets, DO NOT READ THIS SERIES!

And speaking of the characters, they are completely unbelievable. Silvio MIGHT be interesting, if he behaved with any consistency instead of just doing the sluttiest thing possible in any given situation (I don't like to throw the word slut around, but with Silvio it definitely fits) and didn't dress in a series of cliches. As for Stefano, a sensitive mob boss who wants to be faithful to his wife and asks other guys how they're feeling? I think my head just imploded from improbability. Oh, no, actually I was laughing my ass off.


Thanks to the publisher for providing me with a copy of Dark Soul via NetGalley!
at 12:36 AM