Mina Harker and Dr. Seward: So In Love. 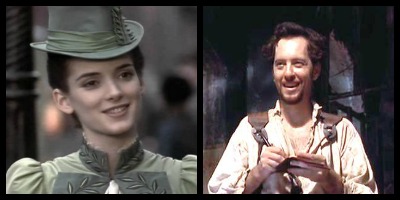 Warning: there is going to be a lot of capslocksia going on in this post.

Sometimes, when I'm reading a book or watching a TV show, my brain gets really bored. As a result, I start inventing storylines in my head--and, since this is me we're talking about, the stories usually have something to do with a secret romance between two characters.

Some people call this shipping (for more about shipping and what it is, read "To Ship or Not To Ship" at Bookalico.us). I call it LOGIC. Or at least in this case I do.

See, lately I've been listening to Dracula on audiobook (it was free), and I swear to Gott--as Van Helsing would put it--that Mina Harker and Doctor Seward are in love. THEY ARE SO CUTE TOGETHER, YOU GUYS!!! Yet I can't find anything on the internet about their secret, burning romance. What the fridge? It's totally obvious.

Don't believe me? Here is my recap of how they fell in love, which seriously reads almost exactly like the start of a romantic comedy:


Meet-cute: Paddington Station. Mina recognizes Dr. Seward immediately from her friend's description of him. He blushes. She blushes. They go to the lunatic asylum where he lives for some reason (because he's crazy?). He's so excited he has to record his thoughts about their meeting IMMEDIATELY.

Mina knocks on the door.

And they fell in love: Mina walks in, wondering to whom Dr. Seward is talking, but he's alone. He really is crazy! No, he's just recording in his "diary," which happens to be a phonograph. Mina's all, "You keep a diary? I keep a diary!" (And for the same reason--to improve themselves. RME These two already clearly belong together.)


I felt quite excited over it, and blurted out, "Why, this beats even shorthand! May I hear it say something?"

"Certainly," he replied with alacrity, and stood up to put it in train for speaking. [Gawd they are so cute.] Then he paused, and a troubled look overspread his face.

"The fact is," he began awkwardly, "I only keep my diary in it, and as it is entirely, almost entirely, about my cases it may be awkward, that is, I mean…" He stopped, and I tried to help him out of his embarrassment.

"You helped to attend dear Lucy at the end. Let me hear how she died, for all that I know of her, I shall be very grateful. She was very, very dear to me."

To my surprise, he answered, with a horrorstruck look in his face, "Tell you of her death? Not for the wide world!"

"Why not?" I asked, for some grave, terrible feeling was coming over me.

Again he paused, and I could see that he was trying to invent an excuse. At length, he stammered out, "You see, I do not know how to pick out any particular part of the diary."

Even while he was speaking an idea dawned upon him, and he said with unconscious simplicity, in a different voice, and with the naivete of a child, "that's quite true, upon my honour. Honest Indian!" [Seward, you are so awkward. Adorbs.]

I could not but smile, at which he grimaced. "I gave myself away that time!" he said. "But do you know that, although I have kept the diary for months past, it never once struck me how I was going to find any particular part of it in case I wanted to look it up?"

Don't worry, Seward. Mina won't just type up your diary for you, she'll index it according to patient, symptoms and illness.

Which brings me to another reason why Mina and Dr. Seward are in love: they need each other! Mina is so bored with Jonathan she's memorized the train schedules on his commute "just in case he's in a hurry." JESUS, MINA. Memorizing the schedule for your own commute is one thing, but another person's?! I'm guessing Jonathan is able to tell time, get a freaking grip. Dr. Seward, on the other hand, needs someone to help him with his research and, um, you know, play with his phonograph. His work is much more interesting than Jonathan's, and he doesn't commute--he lives at the asylum!


That is a wonderful machine, but it is cruelly true. It told me, in its very tones, the anguish of your heart.... See, I have tried to be useful. I have copied out the words on my typewriter, and none other need now hear your heart beat, as I did.

Aww. She can hear his heart beat.

After a few days at the lunatic asylum, Dr. Seward remarks that having Mina there has made it feel like a home for the first time ever. So cozy (too bad Jonathan Wet Blanket Extraordinaire is there). Then she decides to talk to Renfield, I forget why, and Seward--who's in the room to make sure she's safe--observes, "She came into the room with an easy gracefulness which would at once command the respect of any lunatic."

OHHHHHHH MAH GAWSH coming from Dr. Seward that's like a love poem! He might as well have said, "She walks in beauty, like the night." Even Renfield notices. He's all like, "Wait, are you two going out?"

You see? They're totally in love. So Jonathan's going to die at the end of Dracula and Dr. Seward and Mina are going to get married, right? Right guys?

Have you ever shipped any characters in classic novels?
at 12:11 AM