Review: THE DAUGHTER OF TIME by Josephine Tey 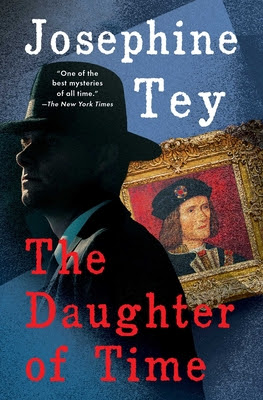 Inspector Alan Grant is laid up in hospital and bored out of his mind. So, to entertain himself, he decides to learn about Richard III, the infamous villain of English history who killed his two little nephews in the Tower of London. Only after the scratching the surface of history does Grant become convinced that Richard didn't kill the princes. But then who did?

The Daughter of Time is the first book in a long time that seriously blew my mind. It's a mystery novel that takes place entirely in a single hospital room, is told almost exclusively in dialog and narration, and is about something that happened hundreds of years ago in a country I don't even live in. By all rights, this book should NOT work--but it does. The Daughter of Time is one of those books that grabs you from the first page and doesn't let you go until the very end. The mystery is a fascinating intellectual puzzle and I loved all the characters.

This was my first novel by Josephine Tey, and I have to say I really admire her writing and storytelling skills. Most people who set out to write a novel arguing that a historical figure didn't commit a murder would set said novel in the past (or at least that's what I would do); but by setting The Daughter of Time in contemporary Britain, Tey makes a more convincing and interesting argument. Besides which, The Daughter of Time isn't really about Richard III and the Princes in the Tower; it's about the romance of history and how history consists of stories that are sometimes just as fictional as any novel. Yet people cling to these stories with an almost religious zeal, allowing them to shape their view of the world. 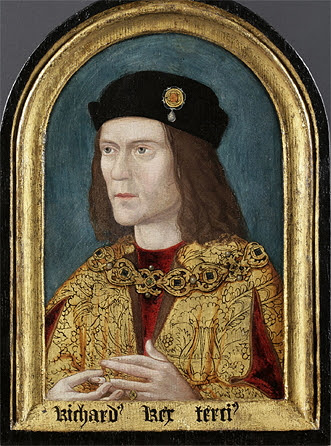 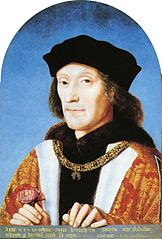 Richard III (left) and Henry VII (right). Does Richard have a "nice face," do you think?

You don't really think about that while you're reading the book, however, because you're too caught up in the story. One of the things I love about The Daughter of Time is that this a book that could never be adapted to film--there is no "action," no change of scenery, and nearly all the clues are discovered off-page in dusty archived documents or history books. Yet it's really gripping, because Alan Grant finds it interesting. To him it's not just an intellectual exercise, it's a matter of principle to get the truth sorted out (as compared to a similar set-up in The Mystery of Marie Rogêt by Edgar Allan Poe, which wasn't as successful--see my review at PGP). This supports my theory that books are about what happens in your head, not what you can see.

The Daughter of Time is a very quick, absorbing read that's amazingly well-written and honestly one of the best books I've ever come across, mystery or otherwise. If you like history, especially, you need to hunt this book down like a beast. Near the end of The Daughter of Time, Grant makes a statement that, "Most people's first books are their best anyway; it's the one they wanted most to write." I call bullshit, Tey--this was your last book, and it's hard to imagine anything better than this.