Originally released: 2000
Starring: Stuart Townsend, Kate Hudson, Frances O'Connor
Directed by: Gerard Stembridge
Based on: the ramblings of a syphilitic mind? I really have no idea.

Lucy Owens is a cheesy nightclub singer who just can't take any of the guys she dates seriously. Hm, I wonder why. Then she meets Adam, a mysterious beta male with a fancy car, and EVERYONE in her family loves him, including Lucy. Adam is pretty obviously a total horndog, and soon he's sleeping with all Lucy's siblings, including her brother. But now that they're engaged, is Lucy still really that into him? 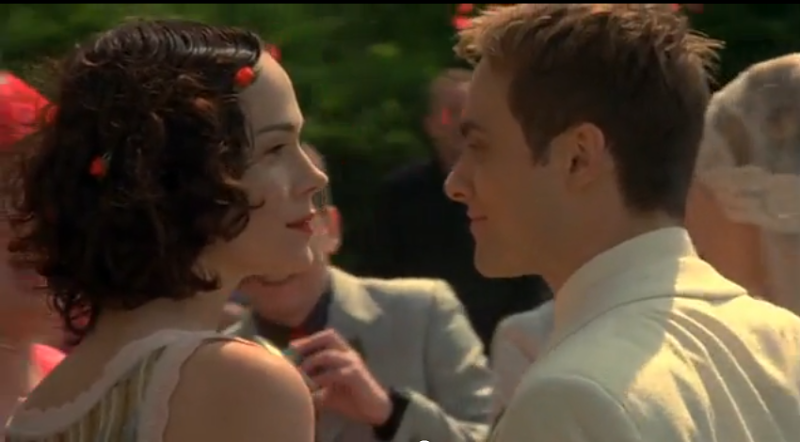 After my review of Bel Ami (post here), Evangeline from Edwardian Promenade told me I should watch About Adam. I suspect it was mainly because of the awkward sex scenes (apparently I'm Awkward Sex Scene Girl now), but About Adam is a gentler--and better--version of Bel Ami. What makes it better is basically two things: one, Stuart Townsend is a total hottie and I love him. He actually manages a balance between charm and devilishness to where you know he's up to something; but you can't really blame any of the other characters for falling for his dubious charms, even though anyone with even a hint of common sense would know men don't act like this unless they're conning you.

Two, About Adam is clever and funny. I'm not going to say it's SUPER clever and funny, but in comparison to Bel Ami it is. It's kind of fascinating how Adam just reels all the Owenses into his web; and the characters on their own are quirky and fun. Naturally I had a fondness for Laura, Lucy's bookish sister who's writing her PhD thesis on some obscure Victorian poem and likes vampire movies; but the older sister, Alice, and their mom is also fun. The mom had my favorite quote from this movie: "Boring men are the curse of the world, and there's just so many of them." The Gala Dalí philosophy of relationships, lovely. That always turns out well. 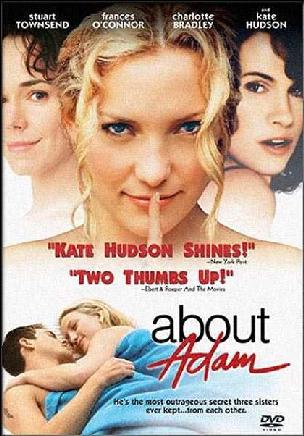 Despite the fact that About Adam was better than Bel Ami, though, I'm not sure I would necessarily call it "good." First of all, the Irish accents from the non-Irish actors occasionally verged into Australian territory (I'm looking at you, Kate Hudson). The art direction is really questionable. And the sex scenes are super awkward. I believe I mentioned that, but it bears repeating, because there are a lot of them. I almost got a crick in my neck from shaking my head at the stupidity of the characters. Finally, I spent the WHOLE FREAKING MOVIE waiting to find out what Adam's endgame was--did one of the Owens' ancestors kill one of his ancestors or what?--and the explanation was basically, "People want things from me and I just can't help giving them what they want."

Mmkay. Is he an incubus or what, because I find it very difficult to believe he just happened to have the poem Laura was writing her PhD thesis on MEMORIZED. Also, he totally chases after alllll these characters. Suddenly the library is his favorite place to hang out? And it's not like Alice called HIM up to have phone sex. It's a completely unsatisfactory explanation for the entire plot of this movie.

Also, the symbolism of the car really bugged my brain. Adam owns a blue Jaguar and this becomes a BIG DEAL. The car basically sucks everyone in. He has tons of stories about his dad, and the car, and how he poured all this money into it, and it's a symbol of the family he lost, and blah blah blah. The mysteriously fancy blue car! At first I thought maybe the Jag was a metaphor for how he treated women, but now I think the car represents the character himself. Like a genie's bottle. And... that's it. That's all there is to know about his character: he's a sports car, and he likes giving people rides. IF YOU KNOW WHAT I MEAN.

Basically this movie was kind of awkward. I liked all the scenes where Stuart Townsend took his shirt off. The end.