Review: THE SCULPTOR by Scott McCloud 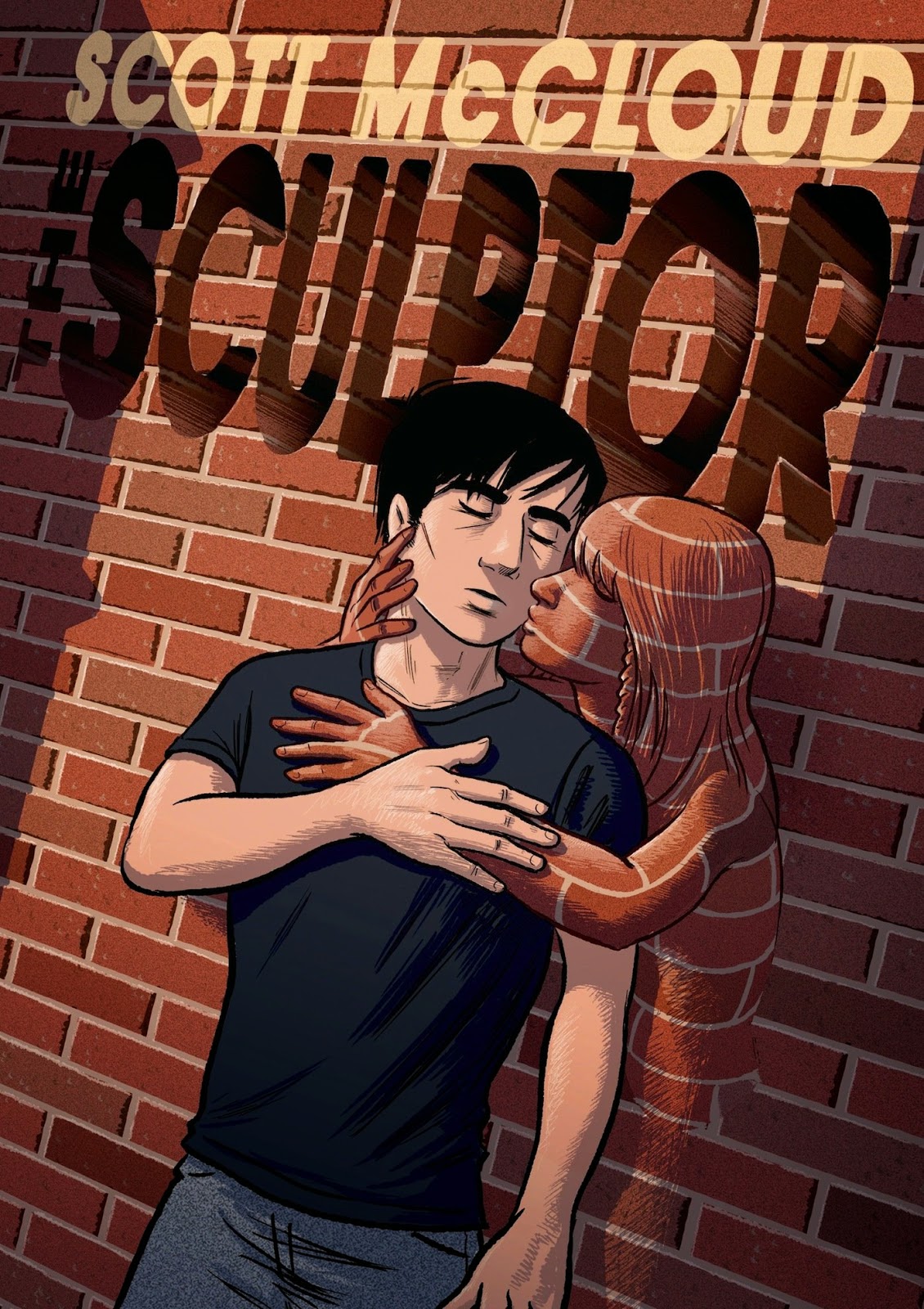 David Smith is having the weirdest, worstest birthday ever. He just got fired, he's about to be kicked out of his apartment, he's flat broke, and it looks like his dreams of becoming a successful sculptor are about to die a cruel death. Then he runs into his Uncle Harry. Problem: Uncle Harry's dead. Instead, David's talking to the Grim Reaper, who offers him a deal he can't refuse. David will receive the ability to magically manipulate any material with his bare hands, a dream for the down-on-his-luck artist. The catch is, if he accepts the offer, he'll die in 200 days. David agrees eagerly, only to find out that success and ability don't necessarily go hand-in-hand, and 200 days isn't nearly long enough when you're in love.

Scott McCloud is undoubtedly considered an expert on the subject of comics–his book, Understanding Comics, is the go-to comic book about comics, or so I've heard–but The Sculptor is his first graphic novel. I have to agree with Neil Gaiman that it's the best graphic novel I've read in years. But it's also cynical as shit and gives Hamlet a run for its money in depressing endings.

It would be a little too much to call The Sculptor masterful, but it is REALLY well-done, and it's definitely something you should read, especially if you're a fan of Bryan Lee O'Malley. McCloud and O'Malley share a gift for telling a visual story in a very clear, yet expressive way. There are no wasted lines or panels in The Sculptor: everything on the page is drawn economically and is well-composed, with an understanding of how to use negative space for visual impact. As someone who tends to gets headaches reading graphic novels that are visually cluttered, I absolutely loved McCloud's drawing style.

The story is very well-told, too, and it's meaty. McCloud takes the typical art historical tale of the hero-genius and turns it on its head, questioning why we create art, why we buy it, why we lionize it, and what the definition of success should be. I loved that David's sculpture develops over the course of the novel. I have to admit, when I saw his first sculptures, I thought they were borderline terrible. But by the end of the book he's actually doing things that are very original and interesting.

That said, I'm not sure The Sculptor is really about art per se. It's more about ego and legacy and forming connections. As in some of the greatest heroic journeys, David has to be stripped of absolutely everything, even his promises to himself, before he can recreate himself and change his life.

I also loved the main female character, Meg. Talk about a fully-realized female character. Even though her role in the book is basically as David's love interest, she has her own things going on and a complex backstory with a believable, unidealized personality that McCloud does a fantastic job of expressing both visually and through dialog.

I would absolutely give The Sculptor five stars and list it as one of my favorite books... if it wasn't for the ending. Look, The Sculptor's obviously going to be a tragedy, that's clear very early in the novel. But the cynicism of the conclusion and the way it played out completely blindsided me. Life has no meaning and we all die and there's no afterlife. Oh, and no one gives a fuck about art and nothing matters. I've felt more cheerful after watching Romeo & Juliet. I'm not saying McCloud should have changed the ending–it made sense with the story–just that I can't fully get behind something that unrelentingly cynical.

I still think The Sculptor is very much worth reading, though. And you've been warned about the ending, so you can prep with some whiskey to brace yourself.