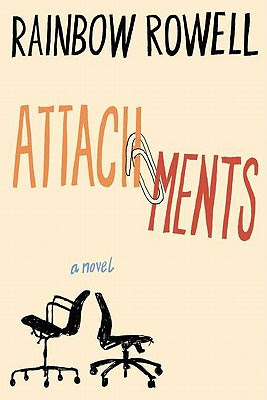 The year is 1999. After spending many years in school, Lincoln has returned to his hometown. He lives with his mom and has an incredibly stupid, boring job preparing a local newspaper for Y2K (pointless, as we all know) and enforcing the office's e-mail policy. The only highlights of his life are his mom's cooking, and reading e-mails between Beth and Jennifer, a movie reviewer and copy editor who enjoy complaining about their lives over their work e-mail. As Lincoln reads Beth and Jennifer's e-mails, he starts to feel like they're his friends, and he starts wishing he'd have the chance to meet Beth because he loves her sooooooo much.

As you can probably tell from the synopsis, this is a very sweet book. It's basically chick-lit, but with a guy as the protagonist (dude lit?). I would describe it as being like The 40-Year-Old Virgin, but with a twenty-nine year old who isn't a virgin (though through no virtue of his own). When the book starts, Lincoln seems pretty pathetic. And by pretty, I actually mean reeeeaaaally. He just got out of school, has a job a monkey could do where he doesn't talk to anyone, and is still hung up on a girlfriend he had in high school. He doesn't seem to have any friends or interests; he's a lump. As the book goes on, Lincoln gradually makes some friends, but goes into a guilt spiral because he's been reading Beth's and Jennifer's e-mails for months without sending them warnings for non-work related content.

This wasn't a terrible book by any means--there were definitely a few funny parts, and I warmed up to Lincoln eventually. But I never warmed up to Beth, who spends nearly the entire book in a dead-end relationship, yet still hoping to marry Mr. Rocknroll, even though she has completely checked out of his lifestyle and seems to be dialing in their relationship. I understand the attraction, but how long it went on confused me, seeing as how Beth is no doormat. I got bored with Beth and Jennifer's e-mail correspondence (why do they never sign up for hotmail accounts?), as well as Lincoln's flashbacks of his ex.

That being said, the ending ALMOST makes up for it all. It is soooo sweet and romantic. But I thought it was undercut by the dragging out of Beth's relationship for no reason that I could see other than the author was afraid Beth would look like a floozy (10 points for channeling grandma words! drink!) if she went from one guy to another. I understand that the purpose of this book is to be light and sweet and fluffy, but I can't help thinking it would have been much more dramatic and interesting if Beth and Lincoln had gotten together earlier in the book.

I feel like there was a huge disconnect for me in regards to this novel. I don't know if it was because the book was too sweet, not romantic enough, or set in 1999 (still scratching my head over that one), but I feel like I didn't get it. Maybe there isn't even anything to get. However, I can see why other people like this novel, and if it sounds interesting to you, you should go for it.