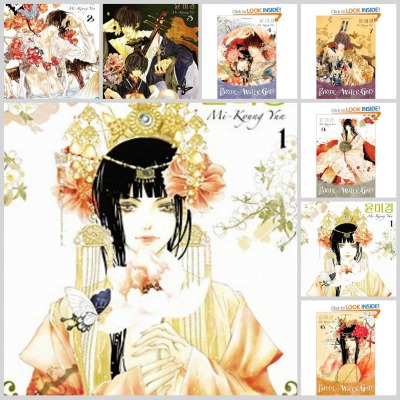 Soah is a young woman whose destiny is to be the bride of water god, Habaek. But when she finally travels to the land of the gods on her wedding day, she discovers that Habaek is a grumpy little boy who doesn't expect her to fulfill her wifely duties. What she doesn't know--even though someone mentions it in every single freaking volume--is that Habaek is cursed to be a boy during the day and turns into a man at night. A handsome man, no less, who tells Soah his name is Mui and whom Soah really likes. Now she's torn between her husband and... her husband. If only we all had such problems. 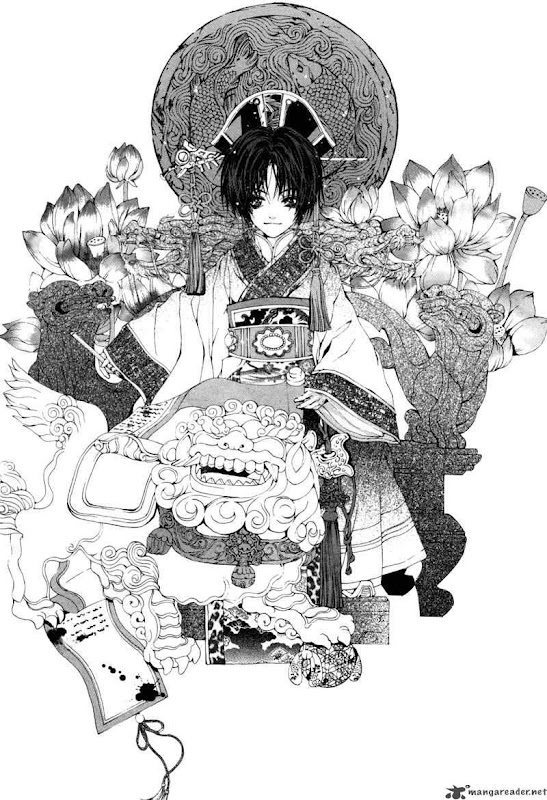 Habaek as a kid in day mode.

I first heard about Bride of the Water God on Stella Matutina, and wanted to read it because it's pretty clearly based on the fairy tale Beauty and the Beast: Soah's father sells her to the town as a sacrifice, and she winds up going to a magical castle filled with quirky characters and a mysterious hubby who's not what he appears. Habaek may not be a monster looks-wise, but personality-wise the kid's a terror. 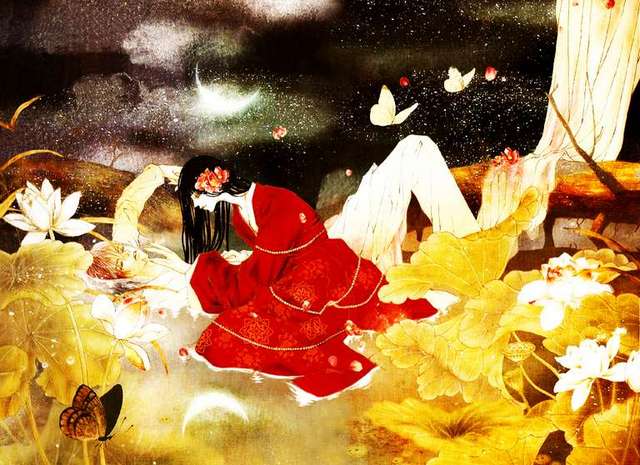 Habaek and his friends life among the stars.

The first few volumes of Bride of the Water God are really funny and entertaining. But they get harder and harder to follow as the series goes on. The stories are told in a very non-linear way, with multiple flashbacks and viewpoints. I approve of non-linear storytelling, but there's nothing to differentiate when you're reading a flashback scene, so that made it extremely confusing. Plus, I started to get very frustrated with the characters, particularly Habaek. It seems as though in every volume, Nakbin, Habeak's evil bitch of a first wife, comes back from the dead; except she's never the real Nakbin, even though Habaek thinks she is. I don't know if all of these impersonations are by the same person or not, but it doesn't really make a difference. The important point is it happens at the cost of further character development and moving the story forward.

As for the art, it's gorgeous--very ornate and detailed. One of my favorite parts of reading this series is Habaek's palace, because the architecture is fantastic and you feel like you can just walk right into it. That being said, there are times when the art is TOO ornate and it's hard to figure out what the heck you are looking at. Even if the story didn't have its own problems, the manga wouldn't flow well due to the occasionally incomprehensible art. Oh, and the characters speak with a lot of dots and exclamation marks (!). They gave me a headache. 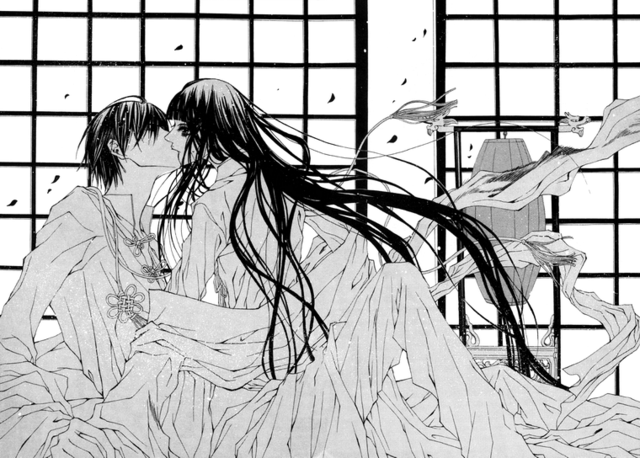 Habaek in night mode with Soah.

Technically, Bride of the Water God is a manwha, which is the Korean version of manga. Maybe my ignorance of the Korean style of art contributed to my confusion and frustration with this series, but it does require some patience. Either way, I think it's worth checking out for the art alone, or if you enjoy beauty and the beast-type stories. And who knows, maybe everything starts to make sense at some point.