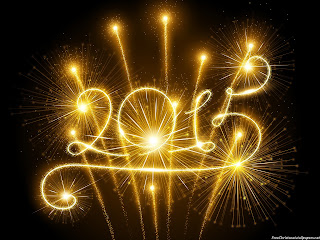 2015 is exiting quickly, stage left. The first half of the year felt like it passed in a fever. I seemed to have no time to do anything, even though I really wasn't doing that much. Things kept happening, like my grandfather (who has dementia) wandering off, or thieves driving a Chevy Tahoe through the back of the store where I work. And then there was the fun and frivolity of moving my grandfather into a nursing home and going through/selling all of my grandparents' stuff. We kept a lot of it, but it's still sad to sell off the things they spent their lives collecting, even if logically we know we can't and don't want to keep it all.

But on the plus side I went to Ireland, which was super cool and amazing!

On the reading front, this year was a giant MEH. I read a lot of books that I liked, and some I thought were pretty boring, but none I loved or hated.

I did read more books than last year, so that's good, and I followed through on my New Year's resolution to read more graphic novels. But highlights were few and far between.

That said, here are few standout books and bookish stuff from 2015:

Favorite documentary: 20 Feet from Stardom
I've always wanted to be a backup singer, and this documentary is a fascinating glimpse into their world. It questions the meaning of talent and success, and what it takes to be famous.

Runner-Up: Exit Through the Gift Shop
I love Banksy. Someday I'm going to write a romance novel where the hero is basically Banksy, except he won't have tiny little rat hands because that's creepy.

Most disappointing read: Oblivion by Kelly Creagh
I adored the first book in this trilogy, Nevermore, so much I bought the hardcover. But Oblivion was such an awful mess that it completely ruined the entire series for me. I can't even look at the spine of Nevermore on my shelf anymore without feeling resentment. Enough with the unnecessary trilogies already! If your book should just be one book, admit it and move on. Or write different variations of the same book over and over again, like Glenna Finley. Whatever floats your boat.

Favorite romance novel: All For You by Laura Florand
It should come as no surprise that Florand is on this list. All For You is sweet and warm fuzzy-making, I just want to hug it.

Favorite graphic novel: The Sculptor by Scott McCloud
It reminded me of Scott Pilgrim, which I loved.

Runner-up: What Did You Eat Yesterday? Vol. 1 by Fumi Yoshinaga
This made me soooo hunnnnngryyyy.

Favorite mystery: Queenpin by Megan Abbott
It's not precisely a mystery, more of a crime noir. But still very good stuff!

Hype that I just don't get: Nimona
I mean, it was okay. The beginning was really fun. But by the end I was ready for it to be over.

Hype I *do* get: The Life-Changing Magic of Tidying Up
I'm still making my way through the "miscellaneous" category, but I'm really glad I decided to buy this book and give it a try. My come to jesus moment was clearing out all the papers I had–they were EVERYWHERE. I was drowning in unnecessary paper and never even realized it! Plus, this book has already helped me realize my dream of setting up a reading nook in my bedroom.

Non-literary obsession of the year: Subscription box services
2015 was definitely the year of the subscription boxes. I wrote an article about them for The PULP, and subscribed to more than a few. My favorites are Ipsy–it's affordable and they really do send quality items–and Le Tote. I'm planning to cancel all my boxes besides those two in 2016 to save money, but Rocks Box and Wantable are also good deals I would recommend checking out.

Favorite Foodie Romance: A Taste of Heaven by Penny Watson
A charming story about trust and family. The cooking competition is like The Great British Baking Show meets Top Chef–my two favorites!

Runner-up: The Red Notebook by Antoine Laurain
Not strictly a foodie romance, but so many descriptions of delicious French food, plus a very cute and sweet romance. 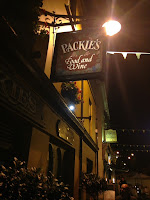 Most memorable meal: Packie's, Kenmare, Ireland
This was my birthday dinner and it was AWWWWESOME. The spaghetti was to die for and the service genuine and friendly. Actually, nearly all the restaurants we ate at in Ireland were very, very good. If you're looking for a foodie destination Ireland's your jam.

Cocktail of the year: the Seelbach
At some point in 2015 I decided I cannot live without having one of these every day. It combines some of my favorite things: champagne (actually I use cava, I'm not moneyed enough to drink champagne every day), bourbon, and bitters. Add in some Cointreau and you have a pretty delish, posh cocktail that's the perfect conclusion to a long day of making words.


Finally, thanks to all of you for reading, visiting, commenting, and discussing books with me this past year. You guys are the best! Here's to having an amazing 2016.