What kind of drum do you march to, or do you?
NanLou4 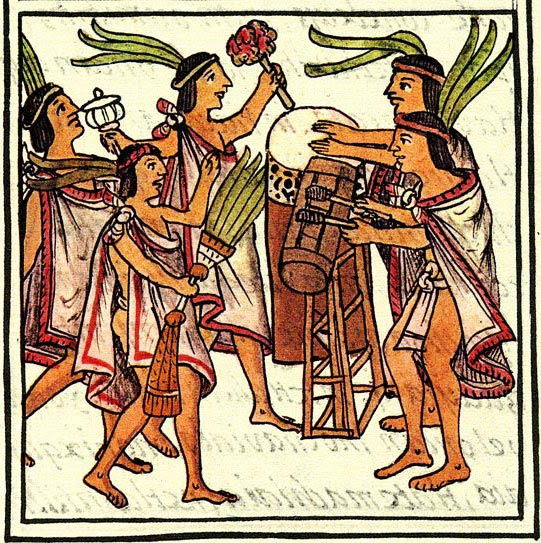 From the Florentine Codex: Aztecs sing and dance to percussion instruments.  The long, narrow drum on a stand at the right foreground is a teponaztli.

If I did travel to the beat of a drum (and had any sense of rhythm), I think it would be the teponaztli.  Drums are the oldest form of musical instrument, and have significant mythological and spiritual connotations in many cultures.  In Aztec mythology, the teponaztli was a spiritual being who had been exiled temporarily to earth.  It was made out of fired wood and had a deep, resonating sound.  The Aztecs played it by beating on it with rubber-tipped hammers, carved into shapes of animals or humans. 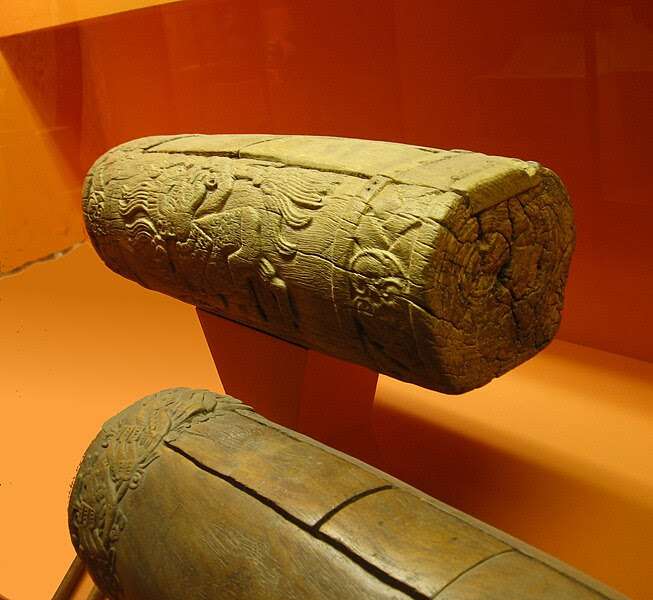 Teponaztli drums from the American Museum of Natural History, about two feet long.

The drum was strongly connected to language:  it was used to send messages in the middle of battles, and played in accompaniment to poetry readings.  In fact, some Aztec poems contain the sound of the drum within the poems themselves (e.g., otocoto tototo cototo tiquititi titiqui tiquito).  Because of this, modern people can actually play Aztec music!  (To hear some samples, check out Phil Tulga's website.)