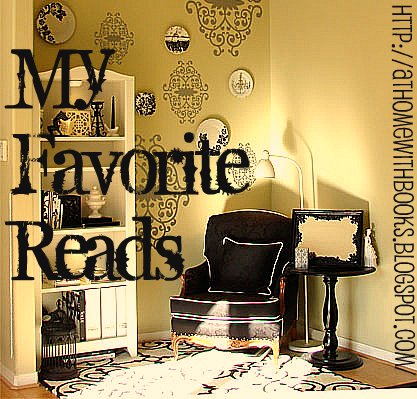 My favorite Reads is a weekly meme hosted by Amy from At Home with Books.  You simply feature a favorite book that you read before you started blogging!  In honor of Kill the Dead, which I read this week (see the review here), I decided to feature one of my favorite Tanith Lee books, The Silver Metal Lover

(this one's actually still in print).

Here's the cover from Amazon: 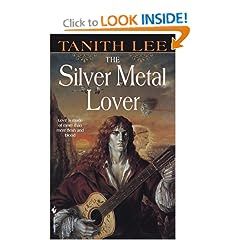 But one of my friends went to a book sale once and ran across the original hardcover, which she bought for me.  This is what my copy looks like:

Anyway, back to the point--The Silver Metal Lover is loosely based on the fable of Demeter and Persephone, and is about a lonely young woman named Jane who doesn't have a lot of confidence and lives at home with her controlling mother.  One day she's wandering around her city (set in the distant future), and she sees a presentation for nextgen robots.  They have acrobats, dancers, concubines, and musicians for people's entertainment.  Jane is immediately attracted to a robot named Silver (which is an acronym for Silver Ionized something-or-other), who is a minstrel.  Since Jane's family is extremely wealthy, she's able to purchase him then and there.

Silver is programmed to act like a human, and lonely Jane quickly falls in love with him, much to her mother's horror (human-robot love ist verboten).  It's part of Silver's programming to reflect Jane's emotions, so it's merely programming when Silver seems to fall in love with Jane, too--or is it???  Is Silver just a machine, or does he have a soul, too?

I should warn you ahead of time that this tale does not have a happy ending.  I don't really remember if I cried at the end or not, but since this is me we're talking about, I probably did.  However, I think it had a very satisfying ending, in that the story had a powerful conclusion and Jane is a better person for the time she's spent with Silver.

The Silver Metal Lover is a love story, but it's also a coming-of-age story for Jane (who is only 16--did I mention that?), and a fable about what makes us human.  It's widely considered one of Lee's best novels, and I definitely recommend it.

The Silver Metal Lover also has a sequel (which I haven't read yet), called Metallic Love