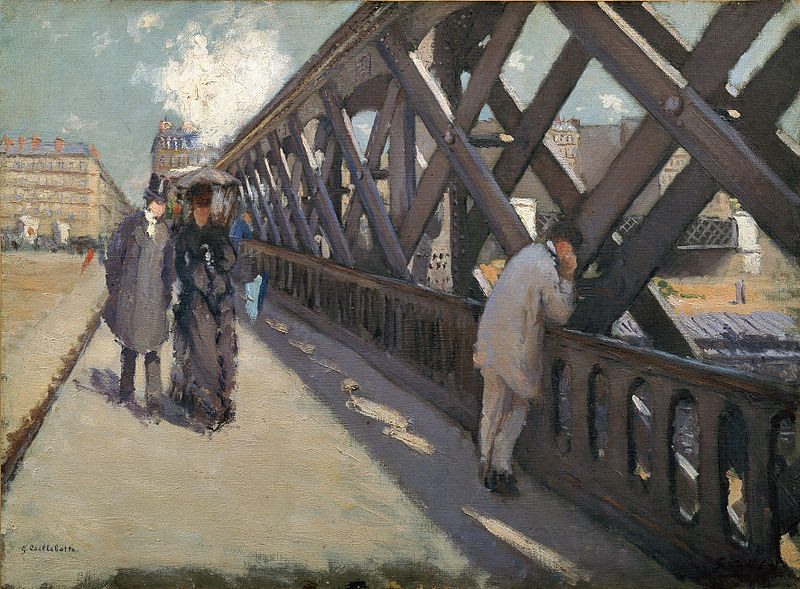 I was reading a post at Alberti's Window the other day, and it made me think about The Male Gaze.

The male gaze is one of those terms that art historians throw around a lot, but never really define.  It's used in both Freudian and feminist contexts and generally connotes the sexual objectification of women in various media, including print, fine art, and film. 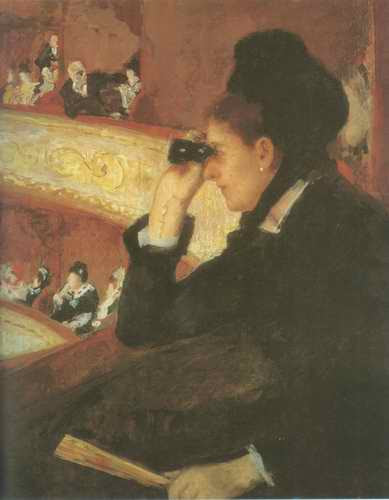 Cassatt, In the Loge

Rarely mentioned in art history (or anywhere else) is that "the male gaze" is not a modern invention of feminism; it's an actual idea and practice that emerged in the nineteenth century.  Most women in the twenty-first century take their right to be able to go out in public and look at things for granted; but nineteenth-century women were supposed to keep their gazes down and shielded as a display of proper respect and modesty.  And under no circumstances were you ever supposed to look at a man who wasn't related to you in public.  You hussy, you!  The only places where women could let their gazes wander freely were at art exhibitions like the Salon (ironically enough), or at the Opera.

The reason for this was because the gaze was very sexualized in the visual-hungry culture of the nineteenth century.  A man claimed something as his own by looking at it, and that included women.  The power to see, to walk freely through a city like Paris and observe in cafes and on streets, was considered a purely male perogative.  That's why Caillebotte's paintings of Paris are considered so masculine, and why paintings from female artists like Cassatt and Morisot are mostly of other women in a private setting.  Cassatt wouldn't have been allowed to visit the cafes that Manet and Degas did, even if she had tried to do so (which she actually did).  A woman's gaze--especially if she was of a middle- or higher-class--was very restricted. If you were of a lower-class and lower morals, however, it was another matter entirely.  That was part of the reason why people assumed Manet's Olympia was the lowest class of prostitue:  she dares to meet the viewer's gaze.

This why art historians make such a big deal out the male gaze, and gazes in general--it was a historical idea that truly affected artists and how they chose to represent the world.  And, despite the fact that women no longer have to restrict their gaze to just the home, we still live with the legacy of The Gaze in movies, television, and print.