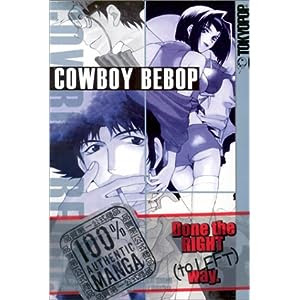 Spike, Faye, Jet, and Ed are bounty hunters in the distant, intergalactic future. Flying through space on their shuttle, Bebop, the four try to collect bounties on criminals, only to fail every single time.

This is a fun manga. I picked it up mainly because the word cowboy was in the title and I was intrigued. If this is a "western," it's one inspired by Sergio Leone, not John Ford--the quartet's main concern is money and the bonds of their friendship are pretty much dependent upon self-interest and making the quickest buck. Or are they? Maybe the Bebop crew aren't as greedy as they appear. 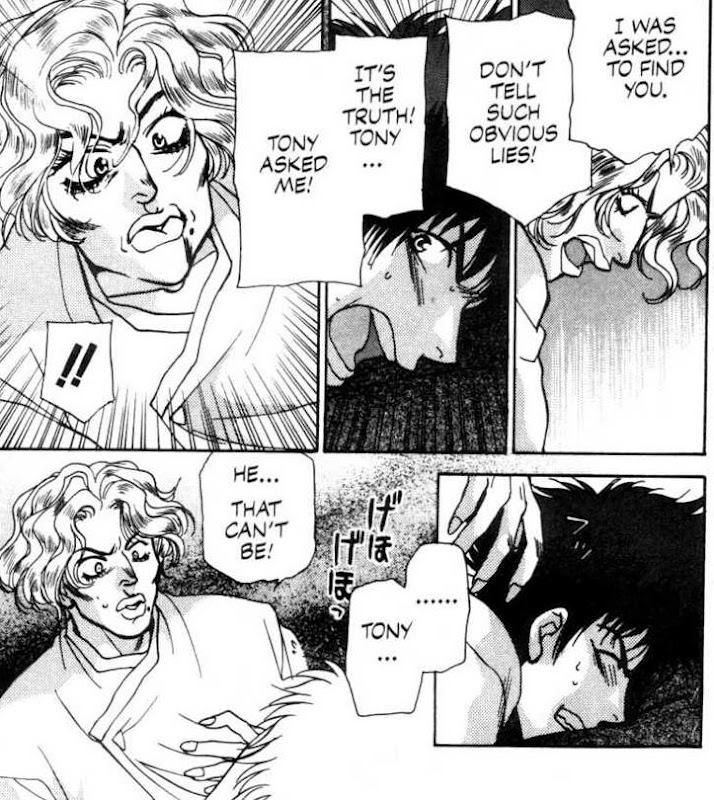 The narrative has some pacing problems and feels super-rushed on occasion, but for the most part the story is easy to get into. My favorite chapter was "We Will Rock You," where Spike goes undercover in a prison to break out a transvestite named Cidne who dresses like Marilyn Monroe. It was very entertaining. There are a ton of American pop-references in the stories and it has a fast, hip feel to it.

The manga is based on an animé series, and is only meant as a supplement to that show, so there are only three volumes. That's pretty short for a manga, but in a way it's also nice--I know I can power through the whole thing if I want! I'm definitely going to look for the other books in this series; it's worth checking out.