Last week when I reviewed Ramen Girl, Sarah from Pussreboots said that I HAD to watch Tampopo, the Japanese film Ramen Girl was inspired by (Tsutomu Yamazaki stars in both). It took a few tries for me to figure out how to get my old VCR working so I could play the VHS copy my library has, but it was totally worth it--this is a great film about how food brings people together and makes them happy.

Goro and Gun are truck drivers. As they're driving along one rainy night, Gun is reading a book about the proper way to eat ramen, which both men think is stupid. Nevertheless, the book makes them hungry, so they stop at a sad-looking ramen joint off the highway. The food is terrible and the proprietress--a young widow named Tampopo--and her son are both bullied by the locals. After Goro and Gun get into a fight defending her honor, Goro offers her some some advice on how she could improve the restaurant, and Tampopo is so impressed she asks him to stay and teach her how to cook proper ramen.

Over the course of the film, Goro and Tampopo collect helpers to assist them in their quest of making the perfect bowl of ramen: an old homeless man who is an expert at broth, a chauffeur who can make great noodles, and even one of the bullies who beat Goro up. But most importantly, Tampopo finds something in her life to be passionate about. As she tells Goro, "Everyone has their own ladder.... You helped me find my ladder."

People come together over bowls of soup.

This movie is really charming and funny. Interspersed into the main storyline are unrelated vignettes, such as a husband who forces his dying wife to make dinner (a scene that shouldn't be funny but totally is). There's also a gangster whose level of foodiness would put Anthony Bourdain to shame. For all the characters, a love of food gives them a sense of nobility that they wouldn't have had otherwise.

Tampopo has been called a "ramen western" (like a spaghetti western, only Japanese), and I can totally see where that comes from. Goro and Gun are basically cowboys (Goro even wears a cowboy hat, even though he looked more like Crocodile Dundee to me than a cowboy, but whatevs) who ride into town and take on the job of saving this woman and her son. The ending has a very Magnificent Seven-esque feeling to it; but unlike that movie, Tampopo gives you the warm fuzzies. I may or may not have started crying at the end because it was just so great, but anyway....

If you're at all interested in food, you have to watch Tampopo! You will love it. The shot during the ending credits pretty much says it all about the importance of food to people all over the world, I think. 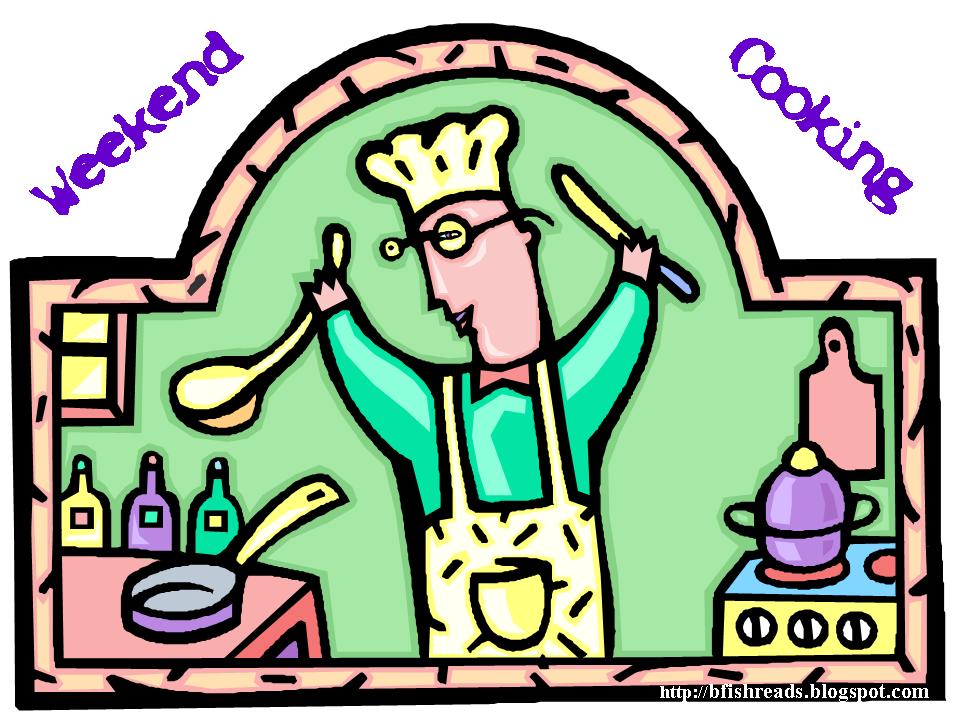 Weekend Cooking is hosted by Beth Fish Reads and is open to anyone who has any kind of food-related post to share: Book (novel, nonfiction) reviews, cookbook reviews, movie reviews, recipes, random thoughts, gadgets, fabulous quotations, or photographs.